This guide is based on MasKScarin’s video. It goes over getting weapons with max base stat and how to properly obtain and use them.

In Maple Story, weapons have different base stats and depending on those stats they will main them as you level them to higher rarities. As you can see in the chart above it maps out the best base stats of each weapon and what they are in each rarity.

Before you start investing on any of your weapons you want to have the best base weapon you can. In the video, it shows a Wand with base 30 attack stat with no enhancements or anything on it.

That is the perfect Wand weapon to start with because of its base stat and its capability of being upgraded anyway you want because it’s not already enhanced in any way. And the best place you’re going to find these weapons is at the trade station. 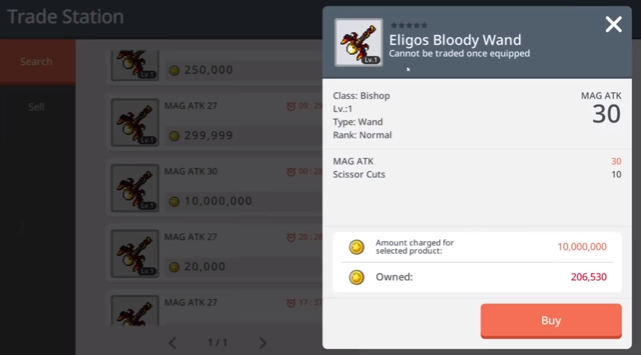 They can be a little pricey depending on who is selling them and the prices definitely vary depending on what class weapon you’re looking for. But getting a max base stat weapon is extremely important if you want full effectiveness from your weapon.

Refer back to the chart and really burn those numbers into your brain. They are important and the best you can get when building up your weapons.

But this isn’t the only thing to know about weapons there is one other thing to note about them. There are four different kinds of weapons for all class weapons to choose from. 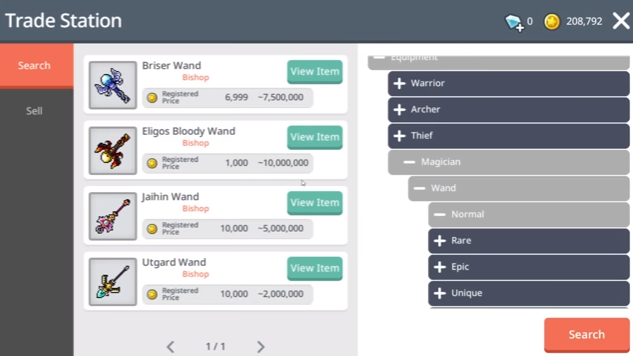 There is Briser, Eligos, Jaihin, and Utgard. Each one of the weapon types gives you a specialized stat depending on which one you get.

Jaihin gives you bonus crit damage which increases the damage of crit attacks. And Utgard weapons is going to give you bonus EXP increase. 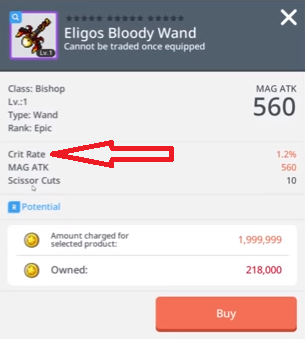 So when you’re picking your weapons make sure you’re thinking about the end game. Utgard is probably the least likely one you’ll choose because you’re gonna get to that max level anyways without the need of an EXP boost.

So really you have a choice between Boss damage, Crit rate, and Crit damage. So make sure you’re paying attention to the subtype of weapon you’re going to invest in.

And once again pay attention to the chart. It’s probably the most important thing to know when focusing on your weapons.

Once you start upgrading your weapons you’ll start dealing with potentials which are bonus stats your weapons can have. This is where the RNG mechanic kind of starts to kick in. 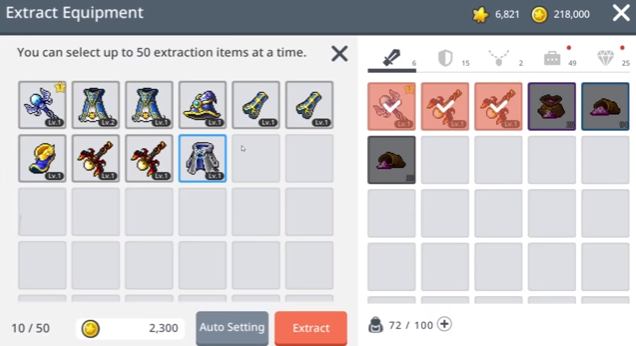 You’ll be able to get items known as Occult Cubes. These are used to reroll the stats on your weapon in case the potential stats are not something you wanted.

The way you get Occult Cubes is by going into your bag and Extracting any gear that you aren’t going to use. You’re going to use the cubes to reroll the bonus stats so it’s prioritizing your main gear over everything else.

But when you go into Extract it immediately moves all items into the extract menu. So be sure you remove anything you don’t want to extract otherwise you will lose it.

You can also get Golden Leaf’s this way as well so that’s a nice little bonus. But back on the cubes, you require 100 cubes to reroll a stat so it’s quite a lot but you can get there in no time. 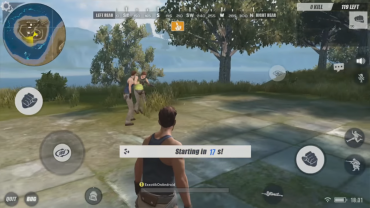