This guide is based on Love Effie’s video. This guide goes over the top ten best tips in Love Nikki to help make your life easier in the game.

The first one is the most interesting one because a lot of people end up neglecting it when they’re starting the game and find out about it a few months later. This would be the done button. So the done button is pretty good because it allows you to repeat a level without needing to battle and it’s great because when you’re trying to farm for different items of clothing.

For different outfits, you can just use done and they complete it within a few seconds. In the video, you’ll see how certain sections can only do done one and anybody above v4 can do done three or done ten.

So done three would only appear in princess levels and the done ten would appear in the maiden level.  Like in the video, it goes through ten chapters very quickly and it’s pretty simple and it really takes a load off the game because it honestly ends up getting very tiresome.

I just wanted to clarify one more thing and that would be where you can use your done buttons. So not only can you use it in your maiden or your princess chapters you can also use it in the association.

And one more thing about VIP ranking. So at the top left of your screen, you see that you are v-0 if you just started the game and I’m v5 and the reason is that I bomb diamonds on the game and every time you reach a threshold of diamonds to buy you can move on to the next rank.

You can read more about it by clicking your avatar and then you can see the diamonds you need to buy until the next level. Honestly, it’s I think that it’s worth it if you decide to play the game a lot and would like to farm for suits then it would be the cost option for you.

So let’s move on to the arena. You can also use the finish ASAP button and I was actually pretty scared to use that at first and I actually figured out what I would do with it because it was pretty risky given that I wasn’t entirely familiar with what I would get on the stage.

Since I kind of wrote it down and I looked at and familiarized myself with what points I would have per stage then I can more confidently press finish ASAP. So for example, at the imperial ball, I remember that I have a pretty high score.

What I recommend is not to use finish ASAP for all five of your attempts but for only four out of five and that’s because you want to achieve something. We’re going to start instead of finish ASAP and we’re going to use memory, last suit, and I’m going to talk about memory later on.

So now let’s move on to decomposing. Decomposing is very interesting in the sense where you can get money and you can get different things like lost caskets which can give you some very rare items like the tarot lady items for the tarot suits.

I used to think that decomposing was a pain because I wasn’t sure which outfits I should decompose. I wasn’t sure if I was going to need it in the future and I didn’t know how to read that.

So I realized that on the bottom of gourds you see that there are different symbols and then a recipe card that would mean that you can customize it, you can recolor this item, or you can use it as part of a recipe.

So that would be an indication that you actually need this item for the future and honestly, a lot of suits in the future chapters require some obscure items. So you might as well keep it for now unless you’re absolutely 100% sure you don’t need it because sometimes farming items, even if they’re maiden is pretty time-consuming and you should save this stamina for something more useful.

In the video, you’ll see items that have a symbol that basically means you’ll never need it again. What I’m going to do is select extra clothes and it selects it for me.

These are all the clothes that I don’t need and will not need in the future. I’m just going to decompose and
then you get 16 material coins from that.

Hope rings which you need for reconstruction which is up on the top right. You can make any of these and you can see that some of these clothes require something called “eternal necklaces” and you can only get them when you decompose 5 to 6 heart clothes.

You only get one crystal shoe and you get a crystal shard. So what does that mean? Basically, go in exchange and you see the top right where you have seventy-six shoes.

You have shoe pieces on 51 so those shards are the shoe pieces that they were referring to and 50 of those equals 1 and when you pull 20 sets like when you pull with 27 thousand you get 10 crystal shoe shards. That’s why I think that it’s a lot more worth it if you save money to pull big rather than pull for the three thousand one.

The next thing is the reward boxes. So the reward boxes are something that people don’t know about and it’s pretty interesting given that Love Nikki really doesn’t do much to show you that you get rewards and I think a lot of beginners just miss that completely.

I’m just gonna do 10 votes so at the bottom you see I’m rewarded 10 out of 10 so you can get one reward and then you can vote 30 times and it refills every three minutes. I guess after an hour and a half or so you can have like a full bar of thirty votes again and it’s pretty much unlimited.

You just need to recharge it kind of like your stamina and it’s really good in a sense where if you know an event is coming up and there’s stamina required or there are diamonds required or there’s gold required you can start really working on your competition.

So that would be it for the reward boxes. There’s another type of reward box I want to just let you guys know
it’s that when you are a VIP when you buy and it’s most likely you’ll reach a VIP status one and you can actually claim something.

The next thing I want to talk about is Momo’s tips. Momo’s tips are actually a blessing and there’s also another but I don’t use it anymore. I used something called Nicki’s info it’s an online website that you put your entire wardrobe in and then it makes you the perfect outfit for that specific level.

So let me explain what I’m talking about. Let’s say in chapter one I have this and Momo’s tips on the top right, you can see that it requires these items for S-rank and this is really helpful because the thing is that sometimes you don’t exactly know what Momo wants and how to get an S-rank like no matter how well you fit the attributes up.

The main point being that it’d be hard to reach that rank so you go to Momo’s reminder you can press tip and then you can go to shallow sky and you can only get it from Pavillon mystery or fantasy and then you can just choose.

It’s really good because it’s a shortcut, you can just go to clothes stores if you don’t have it and buy it. For the same thing I’ll start a story and then if you go to memory it would save your maiden tips and if you go here you will use the exact same outfit used for meeting and plus a little bit of accessories.

Then you would definitely get an S score and one more thing that is incredibly helpful is the memory button. So the memory button is down here and what you can do is you can get your outfit from the maiden chapter and then bring it over here.

And then, of course, you want to add some accessories. And by doing so you can get an S-score by matching the theme of it.

So the next one I want to talk about is the six easy diamonds that you can get in the game every day without fail.

The six diamonds were one of them in the competition where you just press change, you press share, and you share it on your wall. You don’t actually need to share to your wall by the way.

So that’s two diamonds, then you go home and you share it to your wall and that’s an that’s another two diamonds. And then the last one is that free dress dressing, share it on a wall and get three diamonds.

These are the six easiest diamonds you can get without wasting any effort.

The next tip would be would be dye and those are really important because these outfits, they require a lot of dye.

The dyes are incredibly expensive, so, for example, let’s do purple. You would need 648-star coins for 81 dyes and they can be a pain to get.

Once you go there you just wanna keep refreshing and buy the dyes that show up. Dyes show up about 1-2 at a time and you can just keep refreshing to make more show up and buy as many as you can.

The last tip I’m going to talk about is something I really didn’t take advantage of until later in the game. But it’s really helpful because even if you have chapter students you most likely can’t finish it in a day and that’s why you should work on other suits with the stamina you have you shouldn’t just waste it.

And I decided to just start on the lifetime so it’s really early into my love Nikki career and this is helpful because it shows you shortcut and it lets you know what you need.

So, for example, I put star sea in here and I put maple, I’m gonna go to the princess and I’m gonna do “done three”. Then it just slowly decreases the number of items you need per time you get one.

I’ll just quickly go over how to do that and why it’s useful. So when it’s empty which is probably what you’ll see if you don’t have any guide, you’ll do change and then you’ll do search and the thing with search is that you have to capitalize the word because if you don’t it can’t find anything.

So, for example,  just capitalize Star and then you’ll find Star Sea, you just click on it and you confirm it and there you go. 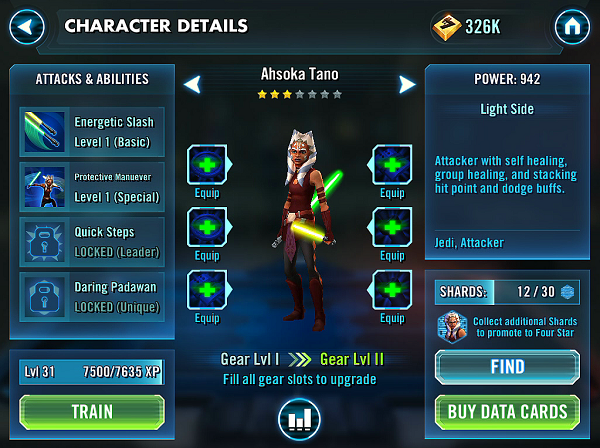