Hello, all, welcome to the Alchemist Code tips and tricks guide. This guide is designed to help you understand the basics and mechanics of the game and offer some helpful tips.

The Alchemist Code is a turn-based strategy RPG with grid map mechanics. The game is very similar to other games such as Fire Emblem Heroes and War of Crown.

You are given a team of characters to play as that act as your units. On the map, your units move through the grid one square at a time.

Every unit has different movement limits which determine how many squares they can move each turn. Once a character is close to an enemy they get an attack range. 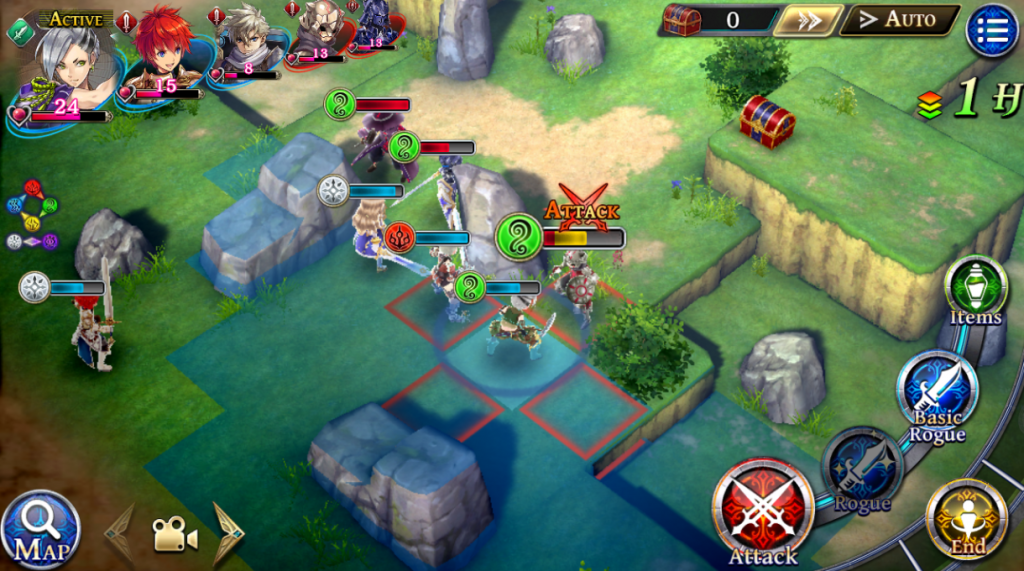 A big point about The Alchemist Code’s battle system is the strategy that’s involved with it. In most turn-based strategy games it doesn’t take much to get past the early levels.

However, The Alchemist Code has an interesting difficulty spike very early on in the game. So setting it to auto and letting the gameplay itself might not be the best idea like it is in some other strategy games.

Getting good at grid based turned base games takes a little practice but once you get an understanding of the way the map works and how unit movements are handled it becomes like a second nature. Especially with the way Alchemist Code handles unit attacks and abilities.

Choosing a units attack or ability to use each turn is very simple and makes it that much easier to get fluent at the combat. On the right side of the screen, you have a layout of several buttons.

A basic attack button and two character buttons that hold that specific characters special attacks and abilities. Each character has their own list of attacks they can obtain through level ups and enhancements.

Being able to understand their moves and choose their attacks isn’t confusing or overwhelming like some RPG’s. It’s very simple and one of the better mechanics in the game because of its simplicity 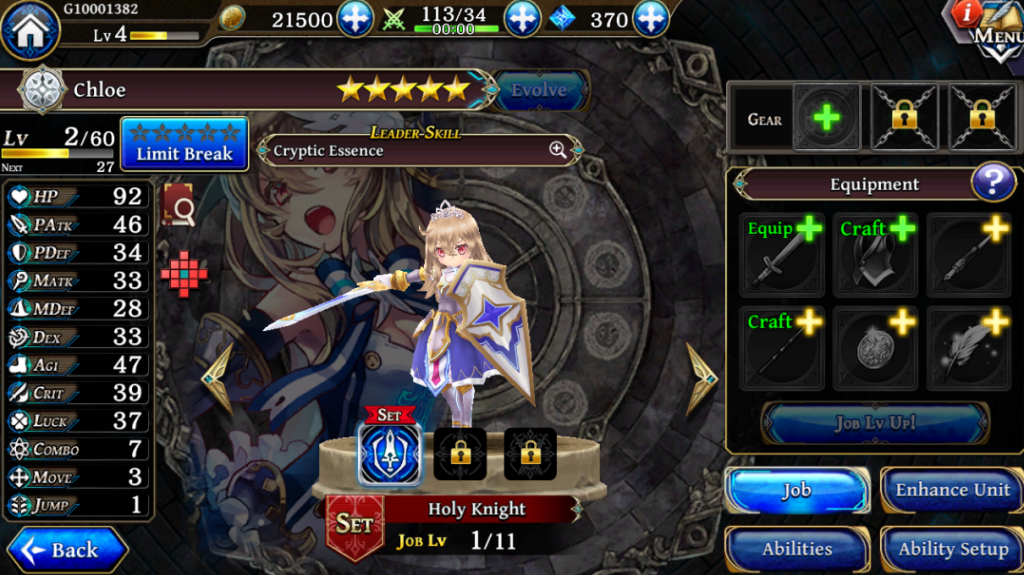 A big thing about The Alchemist Code is that it’s a character collecting game. There are tons of different characters you can get and the game heavily weighs on you doing summons and getting new characters to add to your roster.

To get characters you need gems in order to buy summon pulls. You can get gems by buying them with real money or saving up the ones you get by playing through the game. 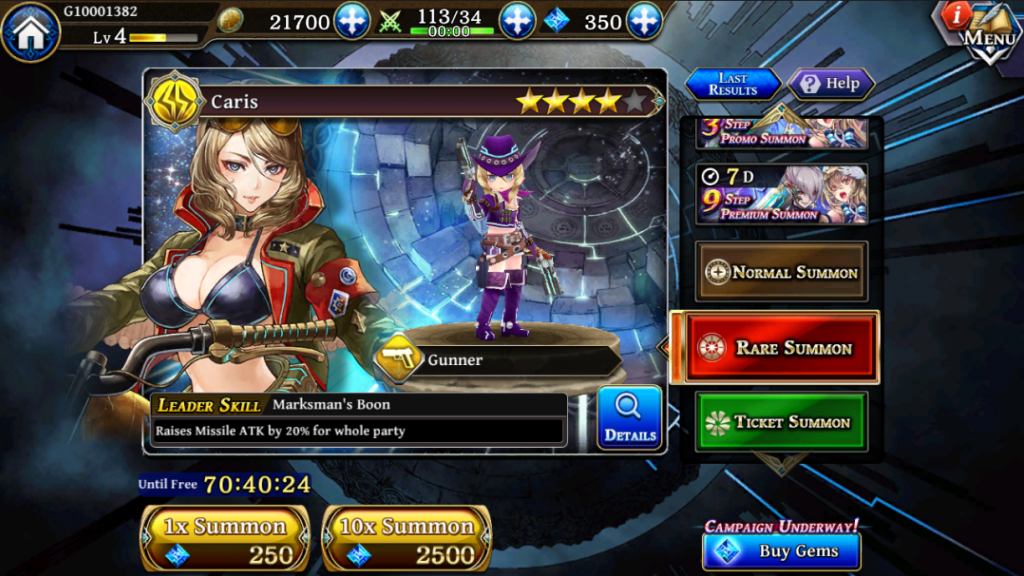 Once you have a decent amount of characters you’ll be able to start building the kind of team you want. Having a mixture of ranged and melee units is a very strong setup.

You want characters that will cover both bases of the map. Being up close and far away but still being able to deal damage on both ends.

You also want to have to your characters well equipped and enhanced for each fight. This can be done on the unit screen as long as the proper materials are used.

Each character uses gold to level up their skills, shards to Limit Break, and other materials in order to enhance them in other ways. The Alchemist Code is a very heavy character management kind of game and there will be a lot of it. 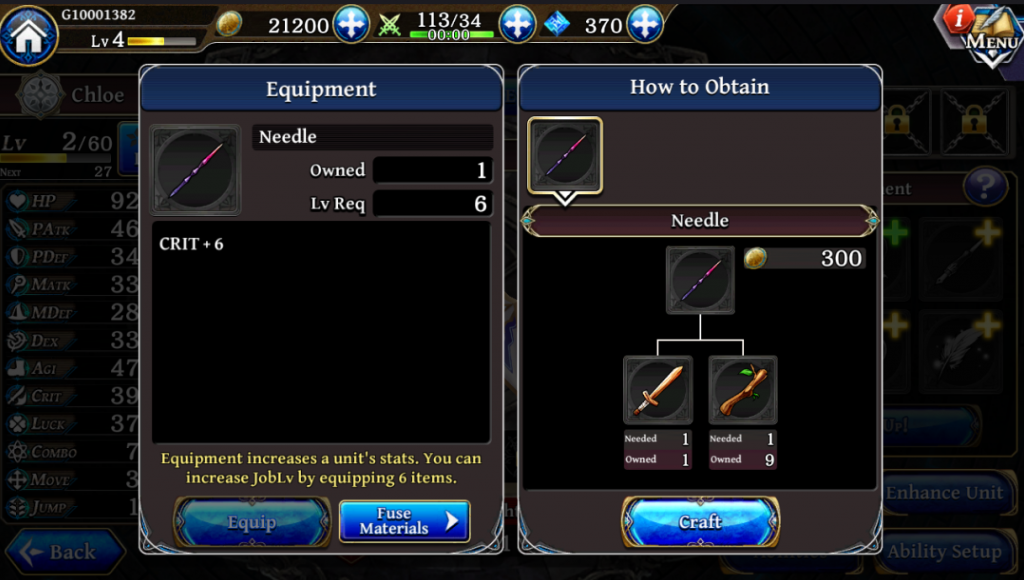 In Alchemist Code you will get a large number of items that are used to craft better equipment for your character. Each piece of equipment has its own required items and amount needed to create it.

After a mission in your rewards, you’ll often be given items. Use these to create new equipment to give your character better stats.

Making the equipment is easy all you need to do is go to the fuse materials section and see if you have the required items and amounts. From there just hit fuse and you’ve got yourself a new piece of gear.

One of the biggest tips that can be given about playing a turn-based grid strategy game is paying attention to character position. Characters can be facing only four ways on the map being front, back, or on either side.

Even attacking from the sides can sometimes deal extra damage from the position. So knowing how to place your units around enemy ones to get side and back attacks is important.

Another helpful tip is knowing what characters to group together. Grouping characters makes it harder for enemies to come at your units from the back or sides.

But it also can make it better for your support units to help several units at once. Having them grouped close together shortens the attack range needed to do certain abilities depending on the unit.

So the closer they are together the less time and turns it takes for support units to use abilities. Such as healing or defensive buffs. 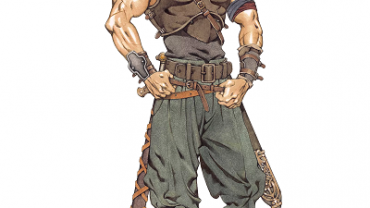