Welcome everyone to the Super Mario Run Tips and Tricks guide. This little guide is all about the basics and mechanics of the new game Super Mario Run. It’s a very easy game to get the hang of and only has a few issues. But all in all worth a play. 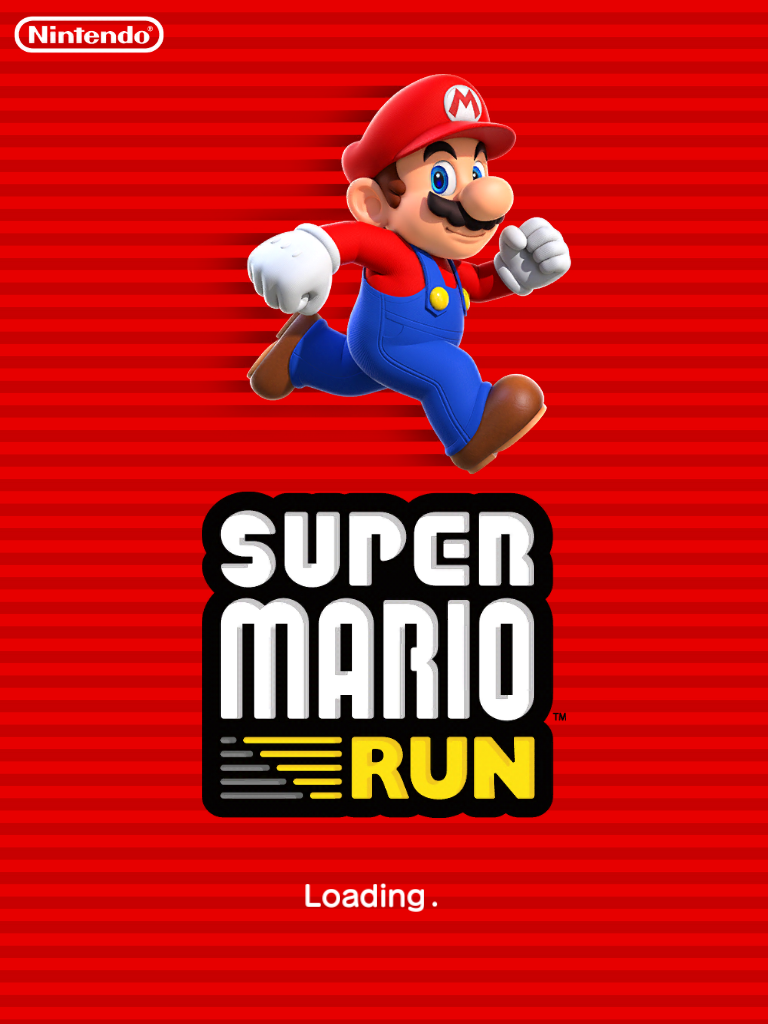 Super Mario Run is a game where you take control of everyone’s favorite plumber in a side scrolling adventure. Similar to games like Temple Run, Mario runs on an auto path with out you having to give any kind of command.

By tapping the screen Mario jumps and holding the tap makes him jump higher. The purpose of the game is to collect coins and get as far as you can.

It’s all about the points in Super Mario Run and the way to get points varies. The tutorial gives a pretty good run down on how the game is played but there is always more to be told. 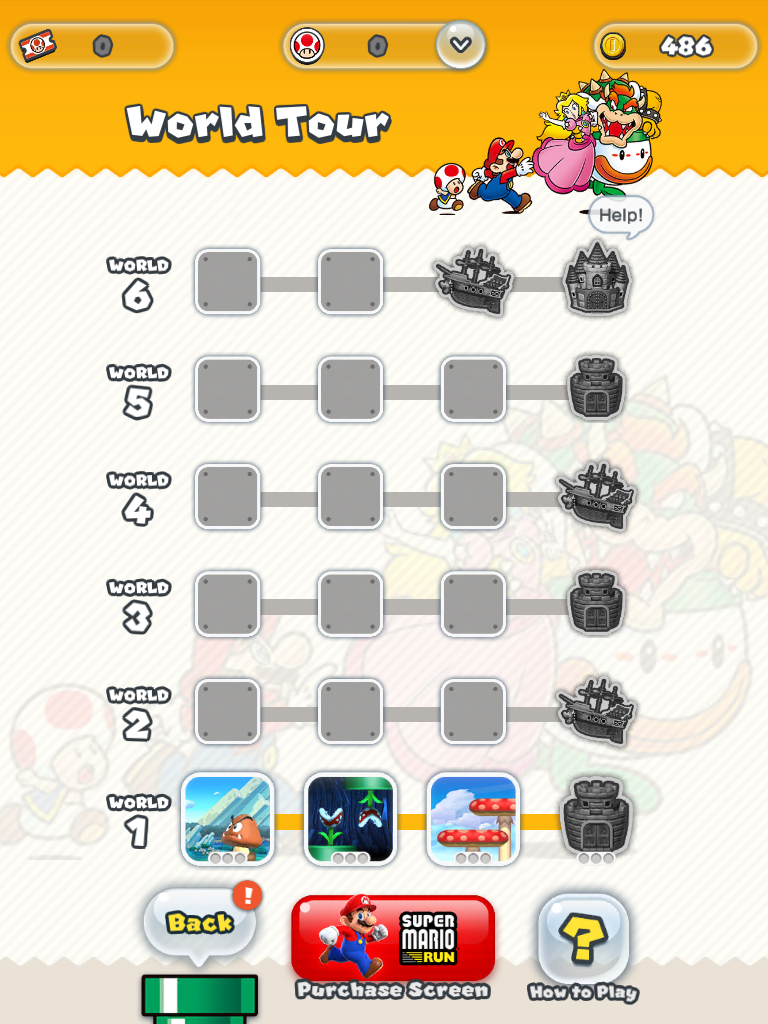 The best way to get a good score in Super Mario Run is obviously collecting coins. Each coin counts towards your points and there are several different ways of getting them in a course.

Naturally coins just sit out in the open for Mario to pick up and getting those are the easiest. But there are also blocks that give coins and some times special areas filled with coins.

In most cases you’ll be met with a scenario where there’s a big wall of coins that you can run through but can’t get them all in one go. Look around a little and see if there are any walls you can jump off of or anything that’ll send you back to the other side of the coins for a second go.

Super Mario Run is a very straight forward game that isn’t to difficult for most anyone to play. But there are a few things you can do to get those hard to obtain coins for your score.

Always keep mind of your surroundings and use whatever you can to your advantage. And don’t forget Mario’s spin jump.

By tapping the the screen during a job Mario will twirl through the air giving him an extra second of air time. It can be used in a lot of situations and often times is good to use to get harder to reach coins. 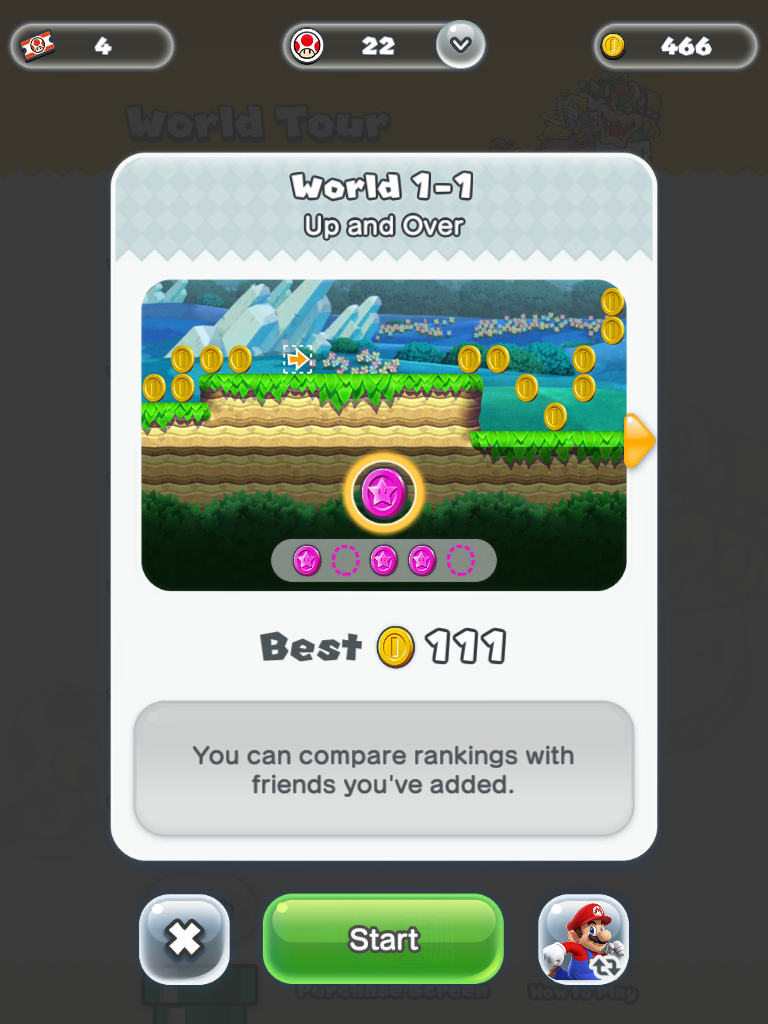 On the topic of coins lets talk about Pink Coins. In each level there are a specific number of Pink Coins you can collect.

The Pink Coins raise your score much higher but are also much harder to obtain. Being only a few in each level you have to make sure you don’t miss even one other wise you’ll have to try to get them all over again. 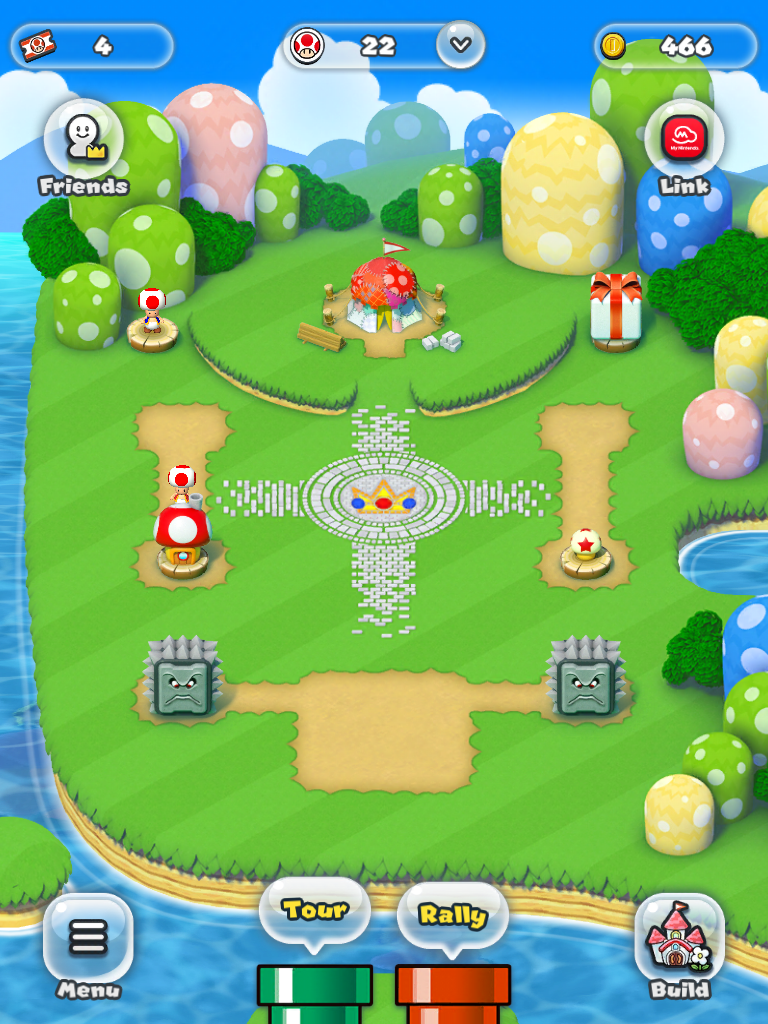 Outside of the main running game that is Super Mario Run is the over world map. The over world is your typical mushroom kingdom style, only it looks a little empty.

All the toads have been kidnapped and the kingdom itself has lost all of its buildings and shops. So through the coins you collect in levels you can use them to buy things.

You can buy buildings and shops to fill your Kingdom and return it to its former glory. On top of that you can buy decorations to make the place look more colorful and lively.

It really is a nice little building aspect the game thrown in to make you feel more involved with the slight story its got going. Plus the special buildings you can get often hold some good prizes.

From extra coins to Toad Rally tickets(We’ll get to those). So its a great place to spend your coins as you progress through the game. 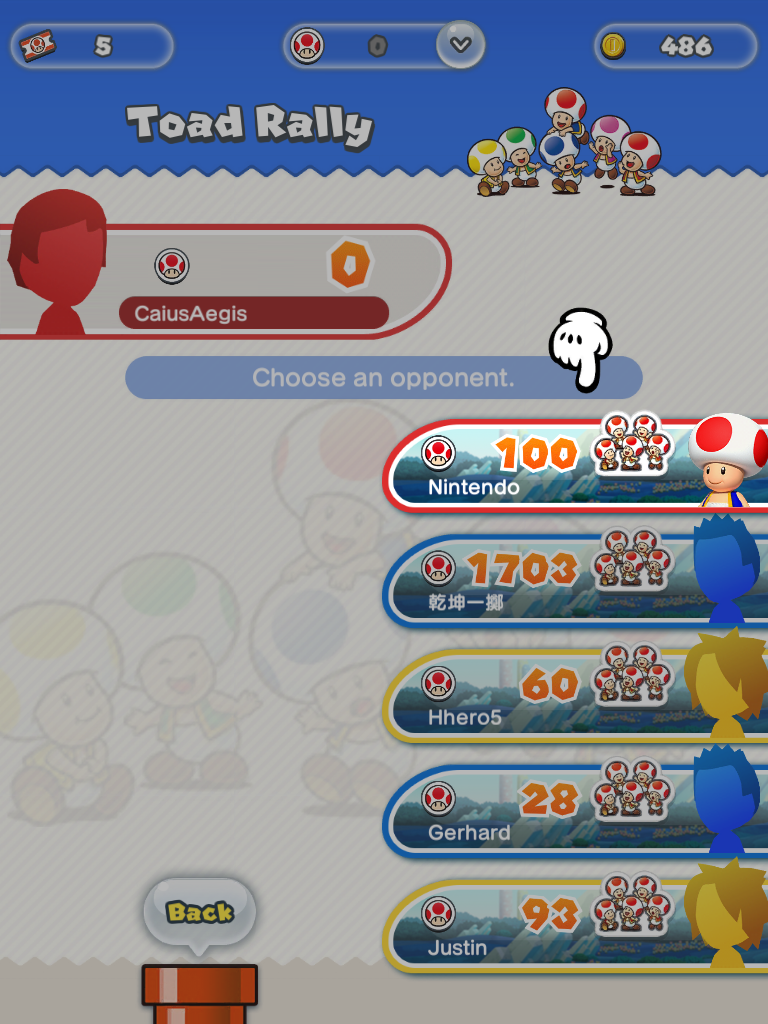 Now the Toad Rally is another version of the main running game but with a little twist to it. In the Toad Rally you pick an opponent to have a sort of race with.

A toad shows up on the screen and you have to beat their score by out racing them. Being faster, collecting more coins, getting more Pink coins, and a few other things that affect it.

At the end of the course your points are tallied up and stay as your total score. The more you win the more your point score goes up.

But to play Toad Rally you have to have Rally Tickets to spend on a race. Each one costs one ticket and by default you’re given five free ones.

To obtain more Rally Tickets  you can get them as prizes from the bonus mini games in special houses. It’s all based on luck so it won’t happen every time unless you’re extremely lucky.

So overall, Super Mario Run is a great little game to play when you got time to kill. It’s fun and can be addicting if you get far into it.

My only real issue with the game is the money lock it has on it. The first few levels of the game are completely free.

But to play anything beyond world 1-4 you have to buy it from the Purchase screen. So if you really wanna get invested in this game it’s only $10 for everything.

All 6 worlds unlocked plus some bonus’s. 20 Rally Tickets, 3000 Coins, and a ? Block.  By all means there is nothing wrong with paying to play this game.

So if you’re sold on it, go out there and save the mushroom kingdom. Until next time. 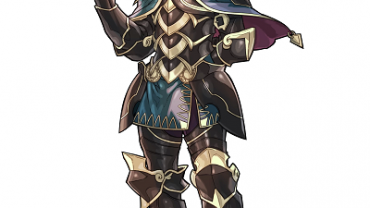