Hello everyone, welcome to the DC: UNCHAINED Tips and Tricks guide. This guide is designed to help you further yourself in the mechanics of the game, give some helpful tips on the gameplay, and generally help you with the game overall. 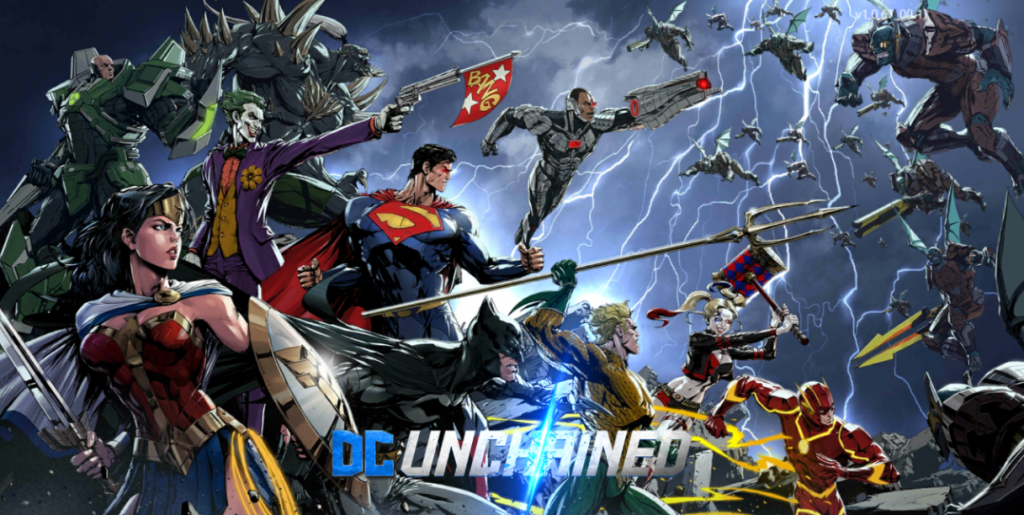 DC: UNCHAINED is an action RPG based on the DC Comics universe. You build your own team of famous DC heroes and villains as you fight mobs of enemies and bosses.

The gameplay is very similar to other games like Marvel’s Future Fight and Bleach: Brave Souls. One side of the screen is the analog stick, the other side is your basic attack and three special attacks

The base mechanics of the game are extremely simple. You move your character with the analog stick and tap the attack buttons to attack enemies and defeat them to get to the boss.

There is an Auto function in the game which basically makes the gameplay itself. This is a good mechanic for when you have to farm certain levels you can just let the game go on auto and save yourself the time.

As stated the mechanics of the game are very simple and not hard to get the hang of. But unlike other games of this type DC: UNCHAINED adds an extra mechanic which is kind of neat. 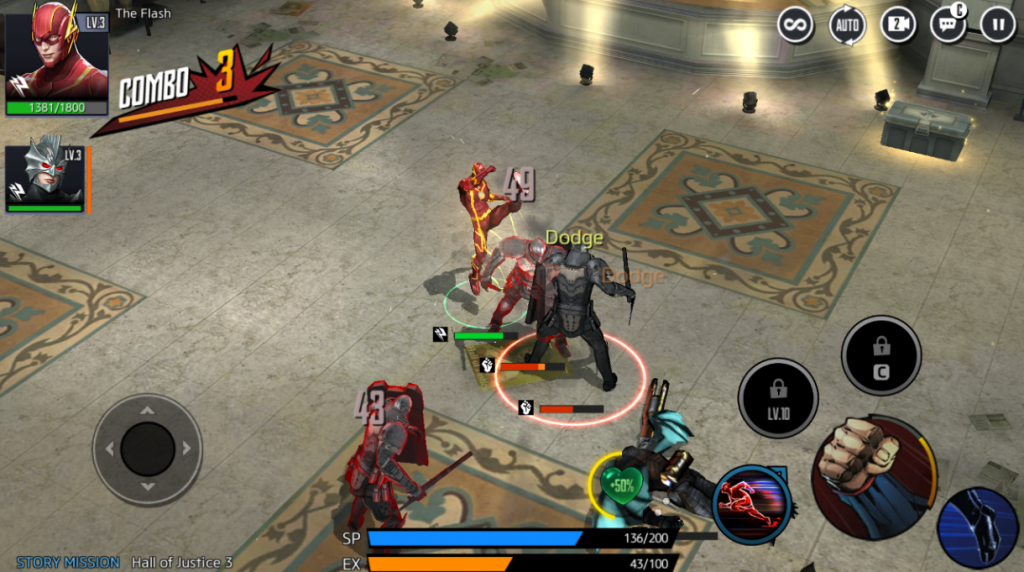 You go into a level with a team of 3 characters and you can swap between them at any time during the stage. In DC: UNCHAINED, when you switch your characters do a special switch out move that deals damage to enemies when the character switches with another.

So there is a little bit of strategy when it comes to switching out characters. You can use that as a bonus hit on a boss to deal some decent damage between characters. 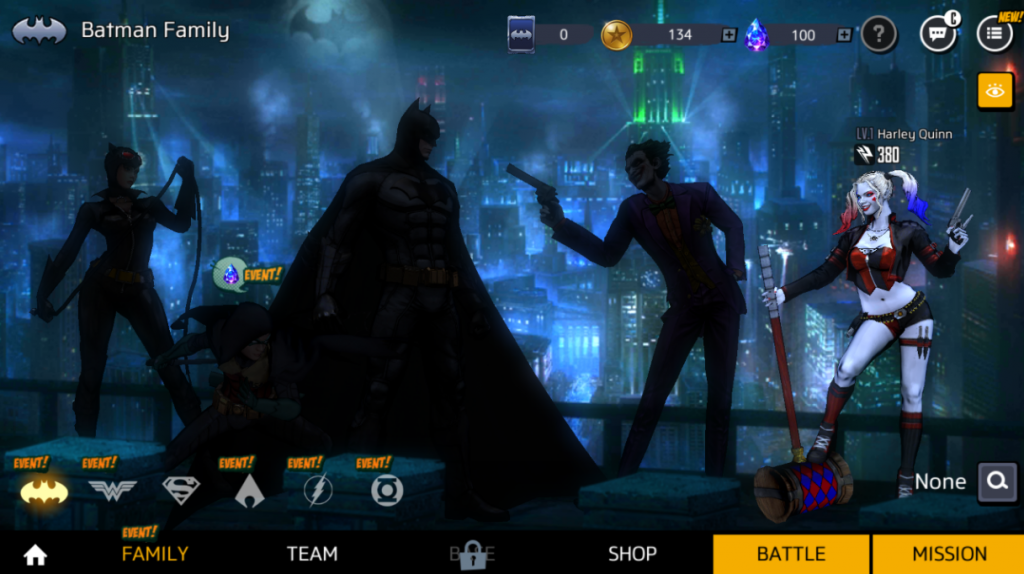 Now, speaking of characters there is a huge character collection theme in this game. It’s probably the major draw of the game being able to collect your favorite DC heroes and villains.

The way characters are gotten in UNCHAINED is through the store. Like most Mobile games there is an in-game currency designed specifically to get you character pulls.

But in UNCHAINED you get characters based on their comic family. They’re separated by heroes such as Batman, Superman, Aquaman, etc.

So the characters you can get are all based on the family they are a part of. And each character will be a different price so there will be a bit of grinding for different ones.

Collecting different characters is a major function of this game so you’ll be spending a lot of time doing this. But once you have a nice collection you’ll be able to build up your Hero and Villain teams in any way you like. 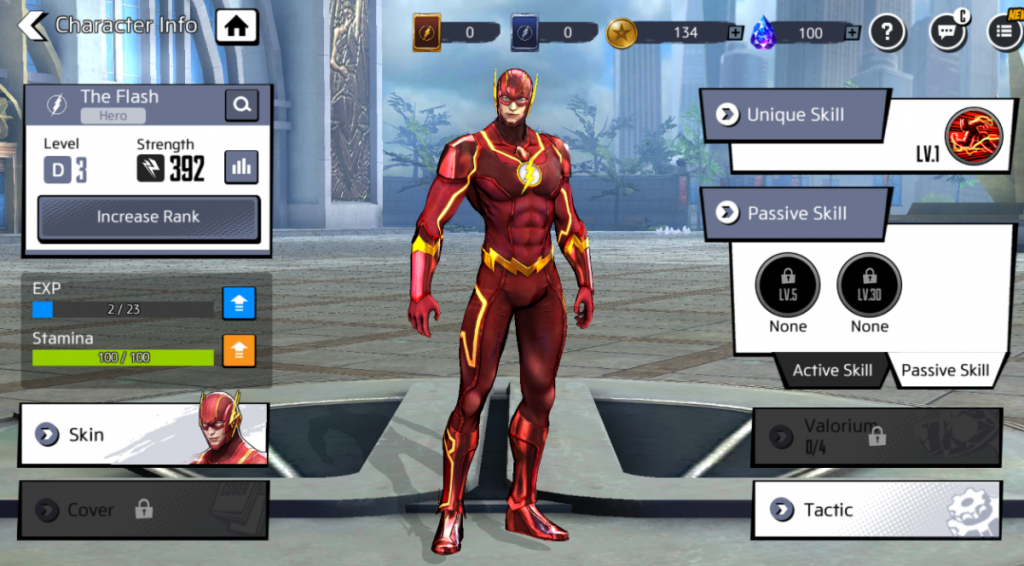 Every character has their own unique active skills, passives, and a unique skill they can use. But you can further your characters by upgrading them.

Characters can level up which make them stronger the higher they go. But you can also upgrade their Unique Skills t make them more effective along with their Active and Passive skills.

But you can go even further than that with Tactics. The Tactics menu is where you can put special bonuses on your character to give them extra perks in the game. 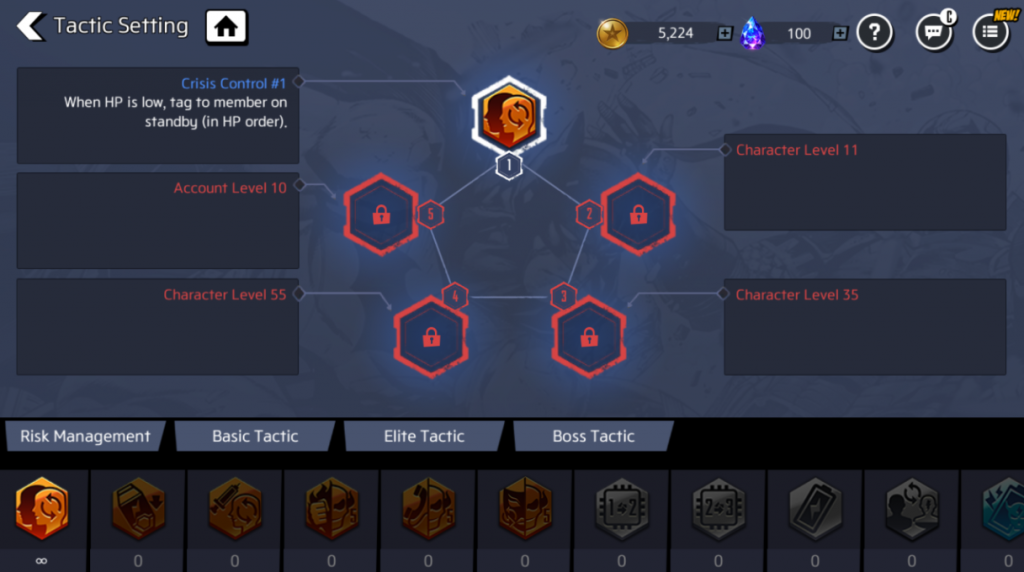 You don’t unlock most of the Tactics slots until your account level is much higher. But you do start with one Tactic so you can get an idea of what they’re used for.

To do most upgrades you need Family Cards for the specific hero/villain you’re upgrading. To get these you can buy them in the shop with Gold. 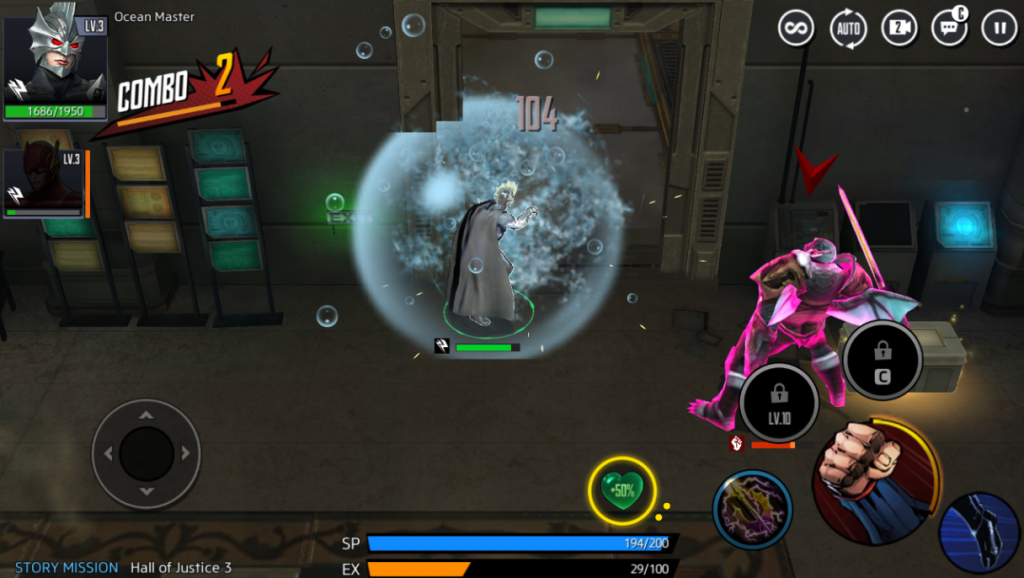 One of the biggest tips I can give is to simply play the story mode to its current stopping point. Both Hero and Villain stories because you’ll get a lot of gold and other rewards.

Gold is important because it lets you buy Family Cards and Character Unlockers. So you’ll want as much gold as possible in order to get more bang for your buck.

As for the actual gameplay itself, I would suggest learning how to time attacks and switching out. In these kinds of games, it’s easy to just plow through enemies tapping the attack button nonstop and spamming your active skills.

Even throwing on Auto mode kind of does the same thing. But when you reach the harder levels of the game that simple tactic isn’t going to get you anywhere.

Depending on your characters it’s always smart to learn what they’re skills are, how they work, and when to use them. Sometimes it’s better to hold off on using a skill until there is a group close together then you can take them out all at once.

Cool down time can be a death sentence in harder stages if you use a move at the wrong time and have to run around until it recharges. Timing goes for switching characters as well because of how that mechanic works.

Especially against bosses, if you can string together a good combo then switch out to another character you’ll do some pretty good damage with the switch attack. Timing can be a little difficult to get down but once you do it makes battles far easier and way more fun to go through.