THE BEST RIFLE IN RULES OF SURVIVAL – A COMPARISON

Big thanks to Excoundrel for the video above. This video showcasing the best guns in Rules of Survival with a comparison between them.

We’ll be focusing on the Attachments, Damage, Recoil Patterns, and Tips on Aiming. These will be the factors that determine the gun’s usefulness in comparison to others. 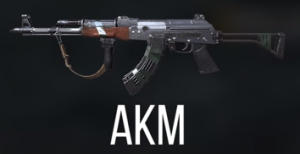 First we’re going to start off with the AK. Big of a controversial rifle, it’s the highest damage rifle but has the highest recoil as well.

In terms of attachments, it is one of the least attachment heavy rifles in the game. You can only have a muzzle, scope, and a mag.

You can’t attach a grip and there is no stock attachment either. These are the three attachments you can give it.

This does impact the recoil cause obviously the recoil is impacted by having a grip and the AK is supposed to be a high recoil weapon.

The fire rate of the AKM is 0.125, meaning it fires 1 bullet every 0.125 seconds. The method of coming up with this is explained in the video above.

The damage chart that is shown in the video shows the damage of the AK to targets without armor, then with all 3 level stages of armor. By looking at the damage charts you can see that the AKM does the most damage compared to the other rifles.

Adding a compensator to the AK can help with the recoil but not by very much. There is a very small time difference it changes for the firing rate until it becomes inaccurate.

As for aiming tips, you should swipe down when firing to use a fully automatic weapon like an AK. It’ll help compensate the vertical recoil and keep you more accurate towards where you want to shoot. 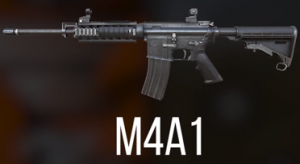 Next up is the M4. The M4 can have the most attachments out of any rifle and it also has its own unique M4 Stock specifically for this rifle.

It can have pretty much every attachment in the game and you pretty much need the attachments to make this gun reliable. The M4 fire rate is 0.122 making it ever so slightly faster than the AK but the damage output is significantly less.

However, it still does decent damage and is a reliable rifle. The reason the damage is lower is that the recoil is much easier to control.

It’s not as wild as the AK in fully automatic mode. With the damage chart shown in the video, you can see the only one shot kill you can get is a headshot at close range with no armor.

Onto recoil. Just like the AK, the difference between time reached to vertical peak is significantly better when the M4 is fully stocked with attachments.

It is a lot better using the M4 for recoil control especially when equipped with the proper attachments. The gun doesn’t have that much of a recoil and that’s the tradeoff of damage compared to the AK. 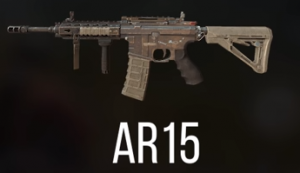 Now onto the gun that a lot of players consider being the best automatic rifle in the game. It can have a muzzle, grip, scope, and mag.

It cannot have a stock so it can almost match the M4 in terms of attachment. Interestingly enough the fire rate of the AR15 is significantly higher at 0.097 compared to the M4 and AKM.

But the damage is exactly the same as the M4 which would strike me as kind of odd. Which I guess is cause the AR15 is a rarer rifle, however, with the same damage but a higher fire rate it’s still going to be a better kill weapon for you.

So by the damage chart for the AR15 in the video, we’re already starting to see that the AR15 is shaping up to be the best of the auto rifles just based on the charts alone. But we still gotta go over the recoil patterns.

The first thing to note is that the recoil in the video is much thinner in horizontal and seems to be much more controlled in its vertical ascent. The funny thing is it’s actually quicker to reach it’s vertical recoil peak than the M4 so you immediately get a very big kick back with the AR15 compared to the M4 which is more controlled in its ascent to the recoil peak.

With attachments, it is very comparable to the M4, somewhere in between the unstocked M4 and the fully stocked M4. So the only drawback of the AR15 is you have to be more aware of the fact that your vertical recoil is going to kick up quicker than the M4.

So the M14 is much rarer than the other rifles in the game. And because it’s rarer that makes it a lot better as well.

The advantage of the burst mode is the slightly higher rate of fire. You get a burst of 3 bullets and then the time between shots is gonna be the same whether you’re in single or burst mode.

So if you’re able to control burst mode you are going to have a higher DPS rate with this weapon but it is again a little bit harder to control. The thing about this weapon is that it has no drop off damage regardless of your distance.

Compared to other rifles that all have dropoff damage in medium and long range. This rifle does not have the drop off damage.

So it’s like a sniper in a sense where you can deal the same damage no matter what distance you’re in. Which makes it very good in long range engages and makes it fantastic with a 4x or 8x scope.

Given this gun with a silencer and you’re basically given the keys to victory. And it’s recoil is almost non-existent making it all the better compared to the other rifles.

It has got almost no horizontal recoil and the only recoil you have to worry about is vertical. And if you’re not absolutely spamming that single fire then you’ll have almost no recoil to worry about.