Hello everyone, welcome to the Sword Art Online Integral Factor Tips and Tricks Guide. This guide is designed to help you understand the basics of the game, give some helpful gameplay tips, and help you generally get further in the game. 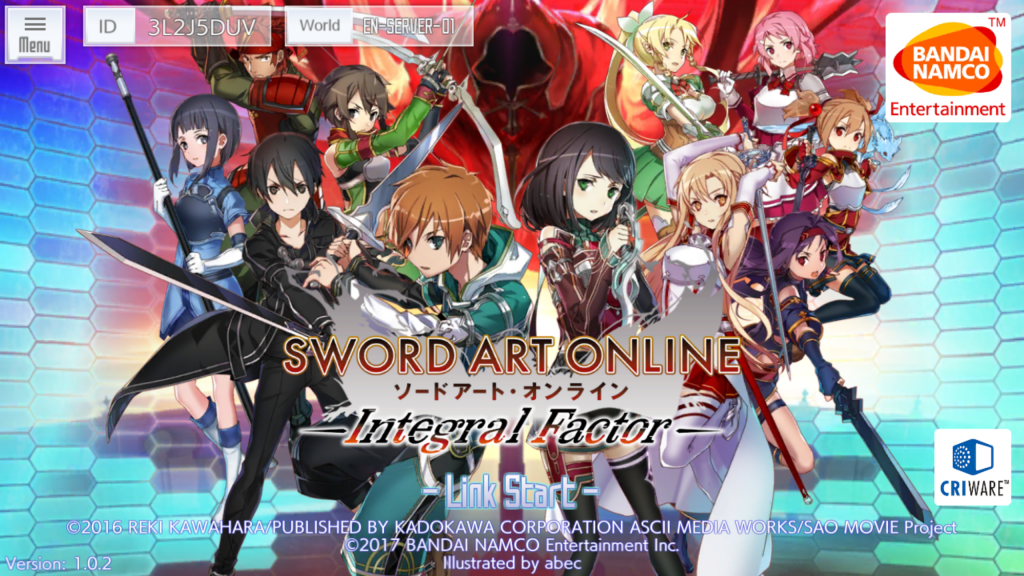 SAO: Integral Factor is an MMO style mobile game that is similar to games such as Marvel’s Future Fight and DC: UNCHAINED. It controls very similarly with the analog stick on the left of the screen while the action commands are on the right. 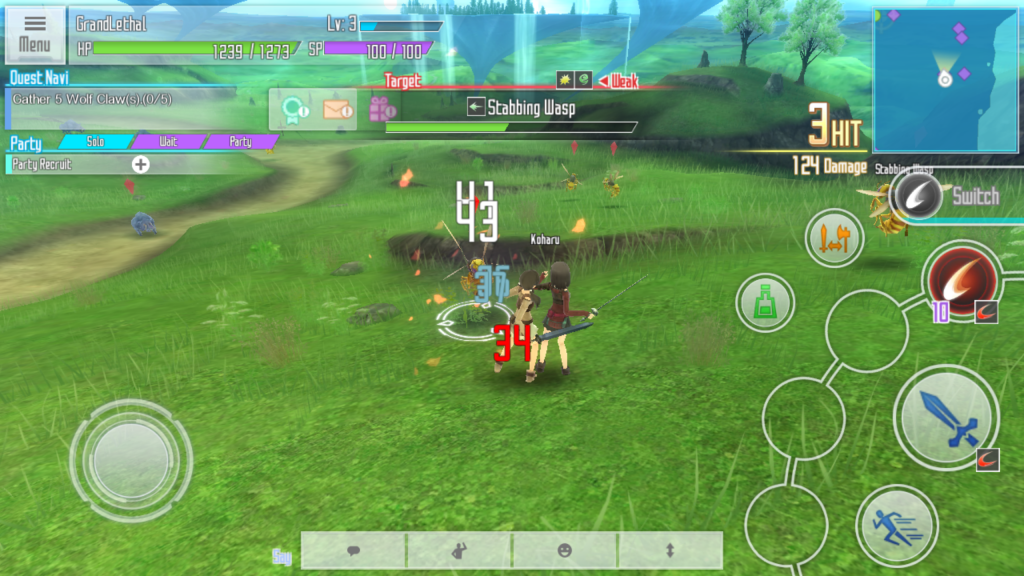 However, Where games like Marvel Future Fight are about fighting enemy mobs and bosses SAO: Integral Factor is a more of an MMO with a semi-open world, quests, and many other features you’d find in an MMO game.

You start by creating your character from a series of faces, hairstyles, and body types. Then once created you’re thrust into the game’s story.

Being an MMO style game the story is very important and can get pretty deep. The game practically revolves around the story so you’ll find yourself involved with it pretty quickly.

And like most MMO games you’re going to be doing a lot of quests. Most of them will be typical fetch quest format where you go kill enemies to collect items and bring them to someone.

So the foundation of the game is fairly simple and if you’ve played MMO’s before then you’ll fall right into this game with no problem. The game is pretty good at telling you what to do and where to go as well so it’s even good for new players. 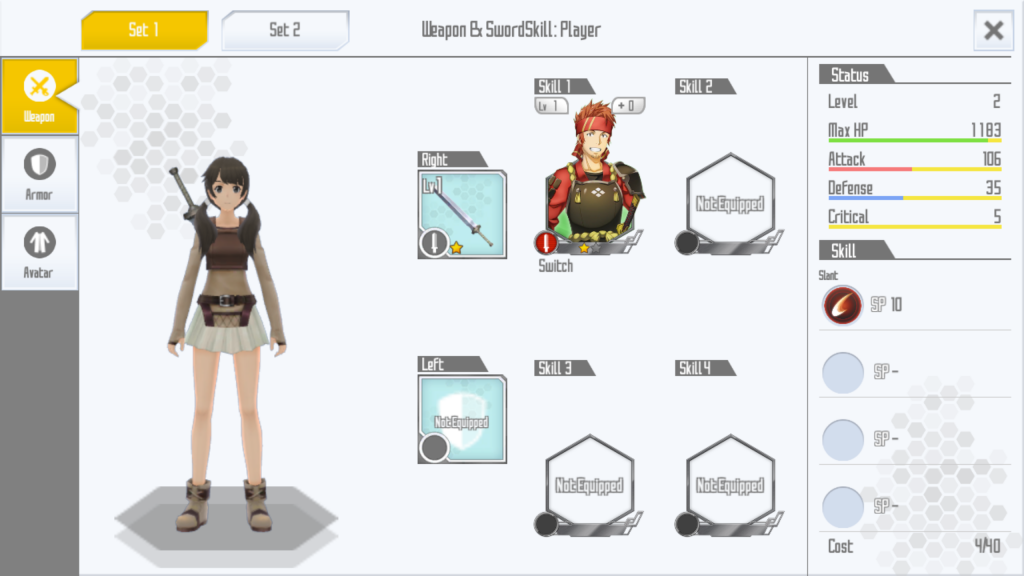 Being an MMO style game your character avatar is a very important part of it. The way it looks and how you play is fully customizable through equipment.

Your character can equip different weapons and armor to affect their stats and overall gameplay. And they can also equip Accessories which are cosmetic changes to your avatar.

Equipping your character is extremely important because the better your stats the better you’ll be in fights. And this game runs on levels so you don’t wanna be a low-level character with bad equipment going up against high-level monsters later in the game.

You don’t get much in the ways of equipment and accessories early on but as you progress it’ll become something you’ll find in abundance. Always be sure to check your equipment when you get new stuff too cause there’s always a chance you come across something better than you got.

Aside from equipment you also have skills that you can equip. You’ll get different ones that you can mix and match and your skills determine the kinds of attacks your character does.

Skills are important because they’re gonna be your best way of dealing damage or maybe even healing yourself if you have that kind of skill. So always make sure to keep an eye on new skills you get and use ones that fit your personal play style. 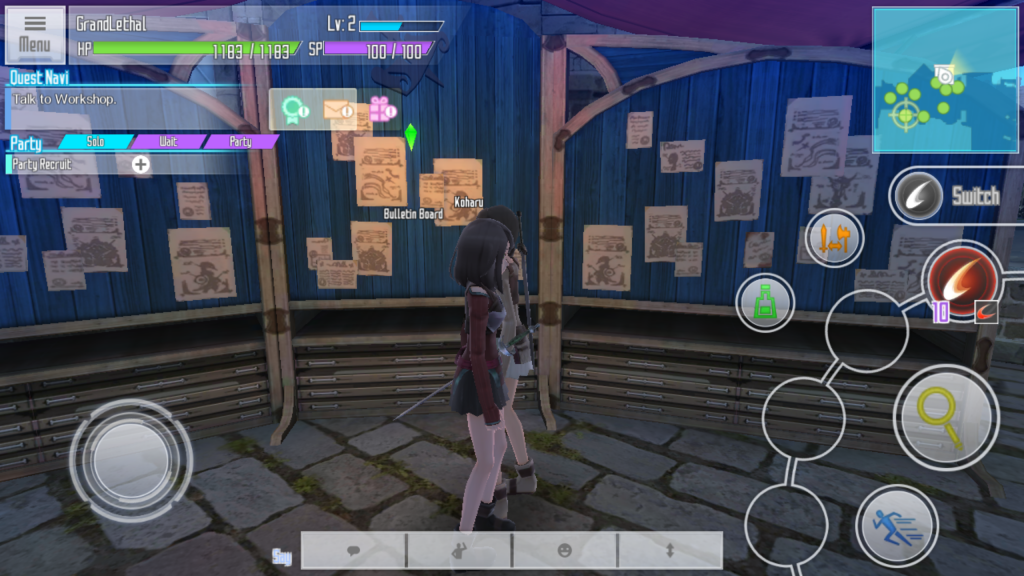 The hub world of the game is the main town where you’ll find NPC’s and other players running around. In this town is a Bulletin Board that offers quests.

Always check the Bulletin Board for new quests whenever it becomes available to you. Quests are important because they’re your method of XP, Money, and sometimes items.

So you always wanna have some kind of quest active that you can be doing. And the Bulletin Board will help with that. It won’t be full early in the game but once you progress a bit it’ll start filling up.

As for the actual gameplay itself, you always wanna be sure to keep your character out of imminent danger as best you can. You have a partner that you can switch to during battle and this can be helpful if you’re running low on health or need to run away but don’t think you’ll make it.

It’s also helpful because this offers you two different methods of attack between your character and your partner. And having that little bit of extra can go a long way in the right circumstances.

In combat, you always want to make sure that you don’t overuse your skills. You do have an SP bar which drains everytime you dodge or use a skill. 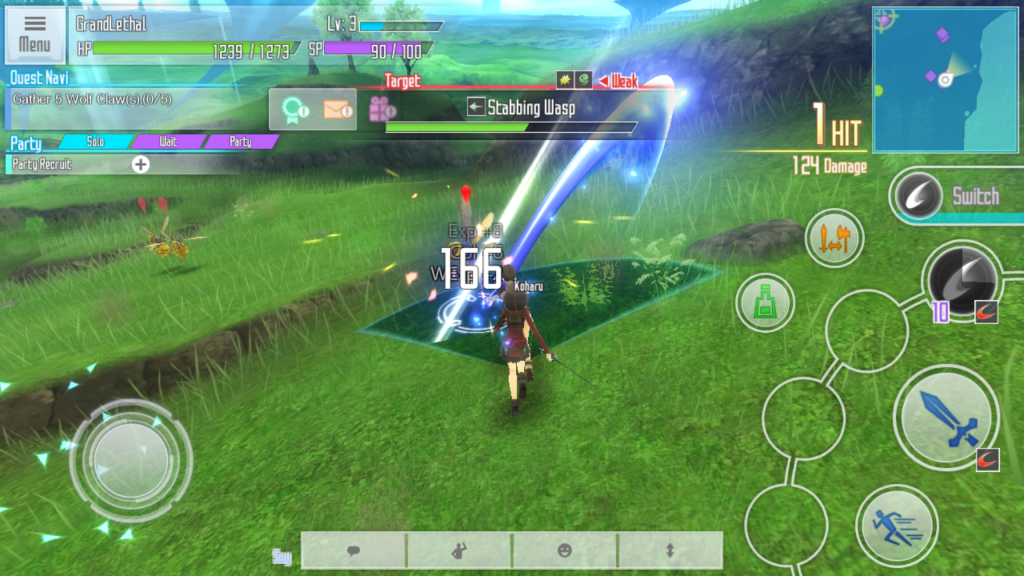 The last thing you want is to be fighting monsters using all your skills then come up with a stronger one and have to wait for your SP bar to refill. That can really put you in a dangerous spot so spamming your skills isn’t the best option.

Look at what you have and what you’re going against. A lot of early game monsters can be taken out just by using your basic attack.

But as you progress to stronger monsters you’ll need your skills. Timeout when you should use them and only use them when you see openings with your SP that aren’t going to drain you completely and leave you defenseless.

It’s an MMO so it’s not going to be too difficult to figure out managing your SP and skill timing. Grinding is a big part of this game so you’ll have plenty of time to learn the base mechanics for yourself.