This is a detailed tier list for Black Clover: Phantom Knights. AceKage Adam goes over the characters on the list and their placement. 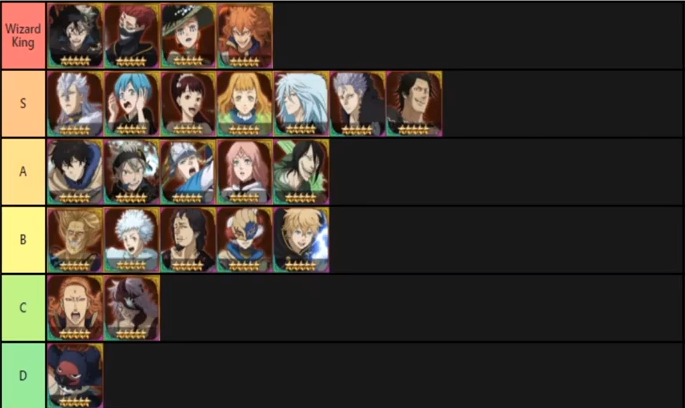 The first character we are going to start with is Nero. Nero is in the D-tier because he is overall subpar in every way.

His stats are not incredible nor do they stand out by any means. His special and A.O.M is not very good either.

By comparison to other characters, Nero is the bottom of the barrel. 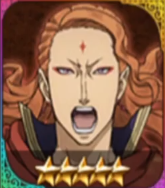 Next is Fuegoleon who is in the C-tier. He is a buffer and he does have a pretty intimidating special when you look at it.

But it is not amazing when you using it. His A.O.M increases the number of blue crystals dropped during A.O.M.

In terms of skills, his first skill is the only thing he has going for him. He has pretty poor stats but overall is an okay character. 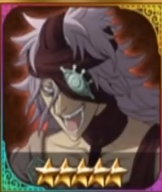 Rades is another C-tier character with pretty bad stats. His special hits the full map which is nice but he also receives all attacks from enemies.

This means he is going to be taking a lot of damage which makes sense because he is a tank. His A.O.M absorbs HP from A.O.M and participants gain armor effect.

This can be nullified by using healers so it is easy to make useless. 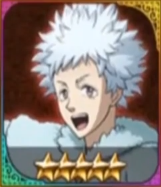 His special has a chance of immobilizing and reducing the secret move meter. But if you do not like his special you can use his A.O.M to substitute it but with its effect, you might as well use someone like Fuegoleon. 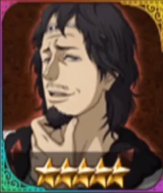 Lotus is another B-tier unit. His stats are pretty average but he is a debuff character which is a small point.

His special is not too good since it is only a single target effect. His A.O.M lets him transfer debuffs on the team to the enemy.

Overall, he is a basic debuff unit that focuses on removing them from the team and putting them on the enemy. But he is not going to do much against bosses since they resist most of what he can do. 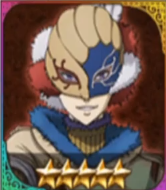 William is another B-tier unit. His stats are not the greatest like the previously mentioned and he is a Golden Dawn(Formation).

His special allows him to attack all enemies in range and for a while delay enemy secret move. This is not that bad in terms of utility.

His A.O.M cuts his secret move meter in half, increase it, then distributes it to other A.O.M participants. Again, another middle of the road character. 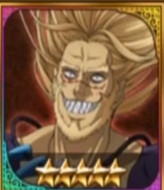 Vetto is a B-tier unit with a decently high attack stat. His special increases his attack and attacks one enemy which is not that bad of a special for an attack unit.

The main reason he is in B-tier is because of his A.O.M. He takes health from other participants then uses it as an attack with a max limit of 4444 damage.

He is pretty good in terms of damage output. But he is outclassed by some of the stronger characters which is why he sits in B-tier. 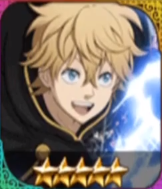 Luck is also in B-tier as another attack unit. He has a decent attack stat and has a nice Bull formation.

His special is a simple attack to one enemy and his A.O.M slightly increases damage done by A.O.M. He is nothing special and nothing daunting. 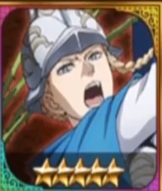 Charlotte is an A-tier unit with a pretty good special. It is an attack on enemies within range + applies slip + lower defense.

And with her A.O.M if there are two or more participants then she debuffs the enemy. So her special applies slip damage and lower defense as well as debuff with her A.O.M. 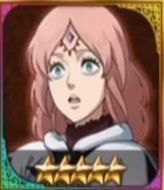 Fana is an A-tier unit decent stats. Her special attacks all enemies in range and inflicts good slip damage.

Her A.O.M is basically like Vetto’s, absorbing HP from participants and turning it into an attack with a 3333 damage limit. Jack is an A-tier unit with Mantis and Viper formation. His special is a simple attack to enemies in range but his A.O.M absorbs the debuffs of participants and increases their attack.

He takes on the debuffs of the team and increases the team’s overall attack damage. With his decent attack stat, he has a pretty good utility use. Asta is in the A-tier. His special move absorbs Secret Move gauges of an ally + an attack to enemies within range and increases his attack.

This is good because if you pair him up with someone who has a high attack stat it increases his attack overall. He has Bull formation and his A.O.M consumes part of his secret move gauge, increases it, and distributes it to other participants.

Asta is a character that every player gets. So he is a pretty good one to have overall. Yuno is another A-tier unit with decent stats. His special is pretty good because it attacks within range as well as recovering his debuffs.

It is a good thing because he is an attack that also clears debuffs. His A.O.M increases the number of blue crystals dropped during A.O.M.

This is good and makes him a good character to use. He and Asta are somewhat similar characters and often used together. Grey is an S-tier character and the reason for that is because she is a buffer. She also has the Bull formation.

Her special increases defense of all allies enormously + for a short time she gives them invincibility. This is good to have on a character like this.

Her skills are also good because of their range. Her A.O.M is not amazing since all it does is increase attack power.

But with everything else she has going, it is overall really good. Kahono is in S-tier as well. Her special recovers the HP of one ally and for a long time, guarantees a chance to prevent death when HP reaches 0.

So if you have a tank character and heal him then he will drop to 1Hp and not die. Her A.O.M recovers abnormal state of participants and for a while, prevents abnormal conditions.

All of her skills are good with a range as well. Being a buff character above everything else making her a very good choice. Mimosa is an S-tier character and one of the more popular ones. She is one of the better healers in the game with her special recovering the HP of all allies in range.

Her A.O.M also recovering HP of all participants. Her 1st and 3rd skills are healing/buffs while her 2nd is a straight attack.

The difference between her and Kahono is range focus. Mimosa is more of an AoE healer while Kahono is more of a single healer. Both are good. Another S-tier character, Henry is a tank character with Bull and Turtle formations. His special attacks an enemy increases own defense and gives himself armor.

His skills are also good making him one of the better tank units. 1st skill is an attack that hits everyone both enemies and allies, heals HP and moves him to the front of the formation.

2nd skill gains invincibility for one attack. And his 3rd skill attacks one enemy, has a large HP absorption, and boosts his hate. Another S-tier unit and a tank much like Henry. His special is pretty bad as it is just a single attack effect.

His A.O.M increases his hate while decreasing the hate of everyone else. His 1st and 3rd skills are pretty good to have on him.

His 1st skill increases his defense and moves him to the front of the formation. His 3rd skill gives him a continuous HP recovery for a short time.

This is good because as a tank you want to move him to the front so he can tank attacks. And having the continuous HP recovery will just let him eat more attacks. Nozel is another S-tier character. He has the Silver Eagle formation and pretty good stats overall.

His special is a multi-hit attack in power within range + critical chance increase. That is good because he hits everyone and increases crit chance.

A.O.M keeps everyone in his A.O.M cannot have their specials sealed. So overall he is a pretty good character. Yami is an S-tier character. His stats are great and he has the Black Bull formation which is something you need.

In terms of his special, A.O.M and skills he is not anything special. He does decent damage overall but he is wanted for that Black Bull formation. Black Asta is one of the 4 units in the Wizard King tier. He is a limited-time unit with an amazing attack stat and Bulls formation.

His special deals a powerful attack as well as sealing the targets secret move for a short while. His A.O.M absorbs attack power from all participants and increases their attack for a long time.

Overall, he is a great attack character especially having Bull formation. He is a limited-time character so if you can get him you should. Another member of the Wizard King tier. He has Bull formation with pretty good stats which is always a good thing.

His special attacks enemies in-range which is nothing special. His A.O.M prevents mass movement of participants. The 3rd character in the Wizard King Tier. Her special is pretty insane as it has a high chance to prevent enemies within the range from acting + seals secret move.

Her A.O.M absorbs HP of participants and gives herself armor. Her 1st and 3rd skills are pretty good debuffs.

1st skill decreasing critical rate and speed of all enemies in range. And her 3rd skill lowers one enemy’s attack, defense, and intelligence.

And to top it off her 2nd skill is an HP recover. And it is a great heal because of how much it heals. Mereoleona is the last member of the Wizard King tier. She has the highest attack stat in the game making her a great attacker.

Her special is amazing being a powerful attack that hits everyone as well as inflicting slip damage. Her A.O.M consumes half of her secret meter and grants participants an increase to their secret meter.

Her 1st skill is an attack but it hits quite heavily. Her 2nd skill increases attack and the critical rate of herself and allies.

Her 3rd skill increases her hate + gives a counter + greatly increase her defense. Overall, she is one of the best characters you can get in the game by far.