Welcome friends to the Dynasty Warriors: Unleashed Tips and Tricks Guide. This is a guide to go over the games mechanics and basics. Also to give some hints and tips about to game to help you further yourself in it. 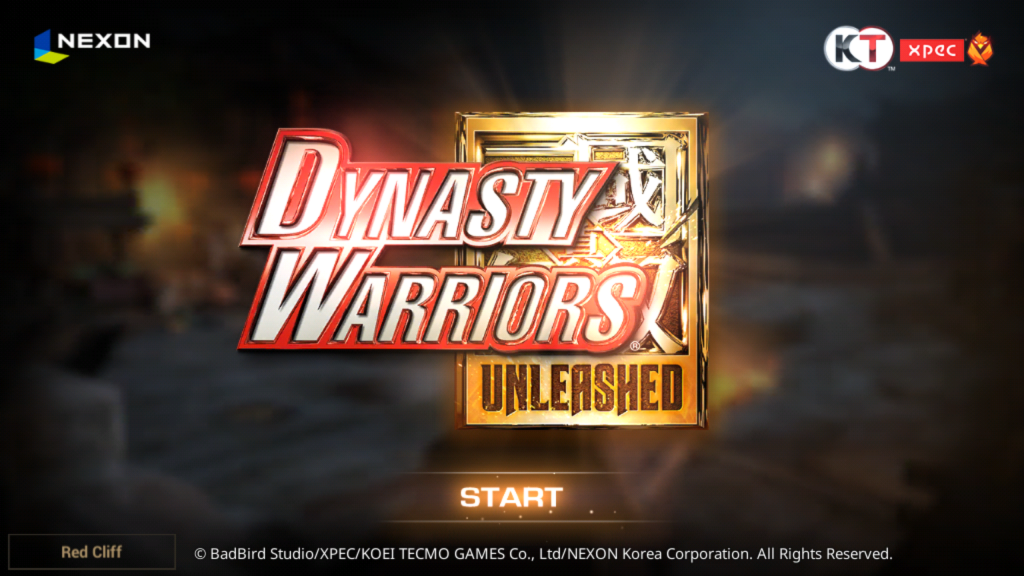 For a mobile version of a Dynasty Warriors game it plays just like you would imagine it does. You are given full range of a map to walk around through and slash your way through mobs of enemies.

You’re given a basic attack and a number of special attacks depending on your characters rating. The battle mechanics are extremely simple and easy to get the hang of with no real issue.

The main focus of the battles depend on the mission objective but in most cases you’re going to fight through mobs and defeat a Captain. The game is very rinse and repeat so if you’ve ever played Dynasty Warriors it should feel very familiar.

The tutorial of this game does a great job of explaining most of the early mechanics and is great to sit through if you’re a first time player. After the tutorial you’re given free range to play the game your way.

In Dynasty Warriors: Unleashed there are four main game modes you can play through. Campaign, Challenges, Battlefield, and Conquest. Campaign is where most of your early game time is going to be spent because the other modes don’t unlock until you’re further into it.

Campaign is simple it’s just the story mode of the game. You go through the written story and do the missions in each part until you’ve completed it.

Battlefield is the only other early game mode that’s unlocked from the start but all you can do is a Skirmish. Basically it’s a simple mode where you jump in and fight. Pretty simple.

As you progress you’ll unlock the others and within those modes unlock things to do within them. Dynasty Warriors has quite a bit to do and no lack of content.

For the actual gameplay, not going into the basic mechanics of it all. Unleash is just a Dynasty Warriors game on a mobile device with very little difference to it.

The biggest difference would be the interface and controls but the game itself plays the same. You’re given a team of 3 warriors and you fight through massive armies and face their leaders. 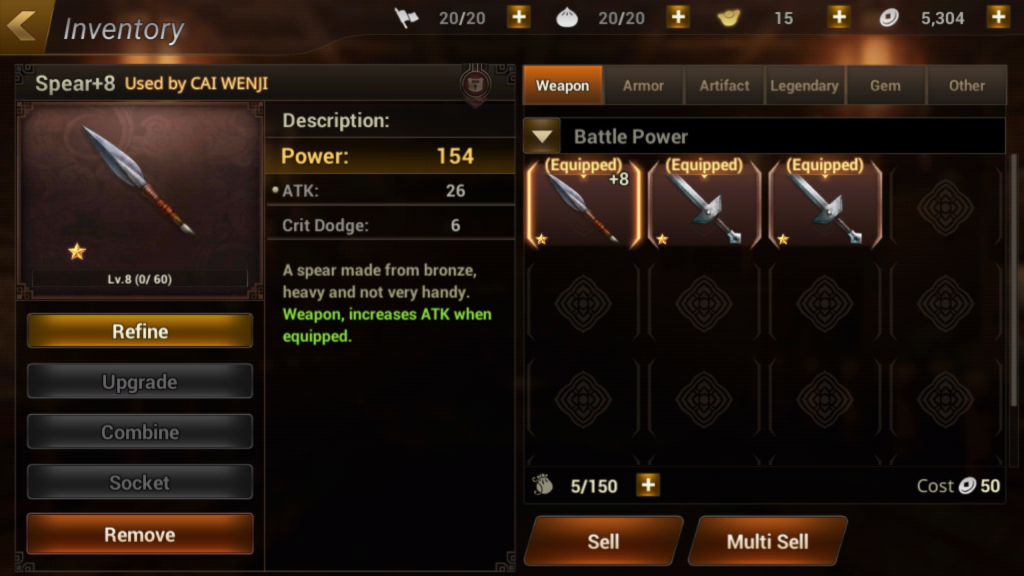 The big thing in Unleashed and pretty much any game that revolves around collecting characters is getting those characters. Unleashed has a plethora of characters from the Dynasty Warriors universe so any fan of the game will truly feel at home here.

To get Officers there are many ways. Some can be gotten as drops through the campaign, you can do a free character draw once a day, or buy officers with the in game currency.

A big part of the game is character management and equipment so it’s something you wanna take some time to familiarize yourself with. But honestly it isn’t that hard to get a handle on really.

Equipping your characters is super easy and probably one of the easiest ways I’ve seen many mobile games tackle the concept. Each officer has their own equip screen that is connected to the inventory.

All you really need to do is pick what you want on them and with a couple of taps its there. You can even increase the effectiveness and worth of their equipment by using materials gotten through out the game. 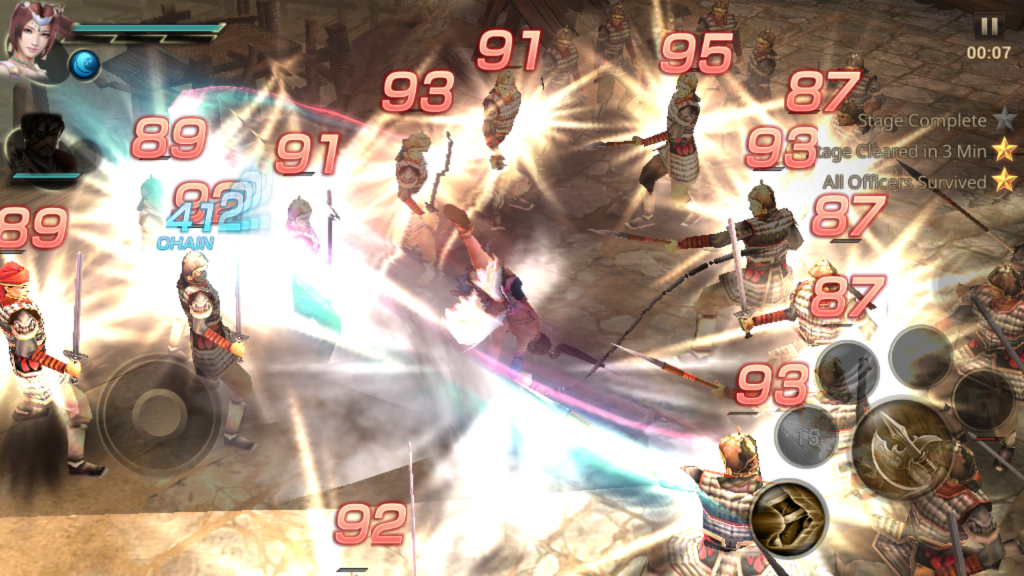 Now the big thing about Dynasty Warriors is its all about hack n slash. You are in a power fantasy where you walk into the middle of an army and just sweep down hordes of soldiers with one blow.

This game lets you go by that to the exact same level as the console versions of the game. But there are a few things you can do to make it even better.

The first thing would be timing special attacks because they are your best methods of damage. Each special attack has its own cool down rate, damage, and area radius it effects. 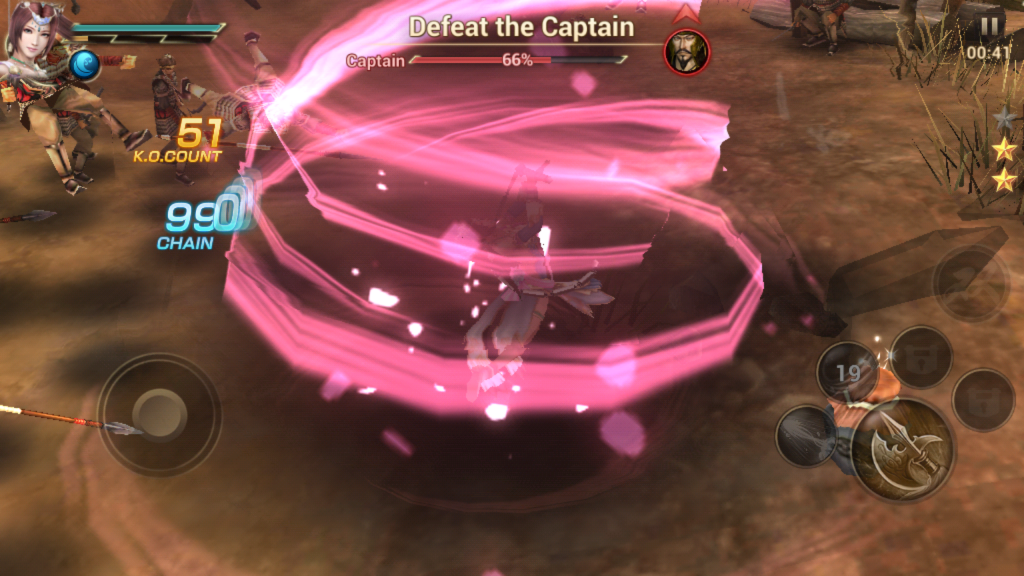 This is where the timing comes in because once the attack is done your character is in a vulnerable window of time for about 2 seconds. The moment this window is open you want to throw out maybe 2 or 3 basic moves then your next special immediately and repeat this process through each moves cool down.

Keep in mind that this is only viable in large groups of enemies. If you’re dealing with a Captain you wanna focus more on damage to him than trying to avoid damage yourself.

And easy way to handle captains honestly is just by stun locking them with your basic attacks. Get off a full combo then use a special attack.

After that back up and let them come to you. Then repeat the process until they go down, eventually this will stop working on the harder bosses but early game it works like a charm.

So for anyone looking to get a good hack n slash fix with a Dynasty Warriors game, Unleashed does it justice on the mobile device. It’s definitely worth picking up if you’re a fan. 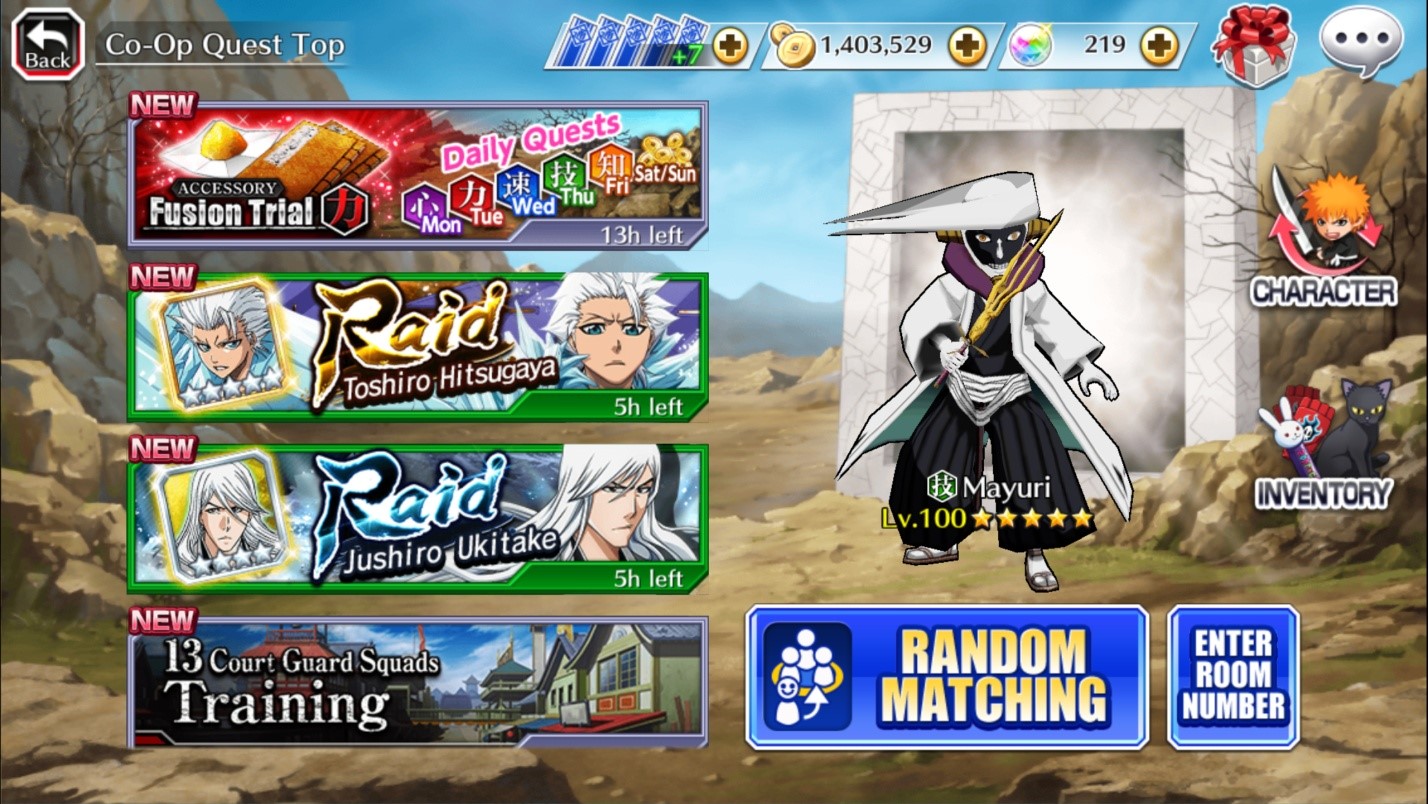