Welcome friends to the CATS: Crash Arena Turbo Stars Tips and Tricks Guide. This guide is designed to help you understand the mechanics and basics of CATS and how to further yourself in its gameplay. 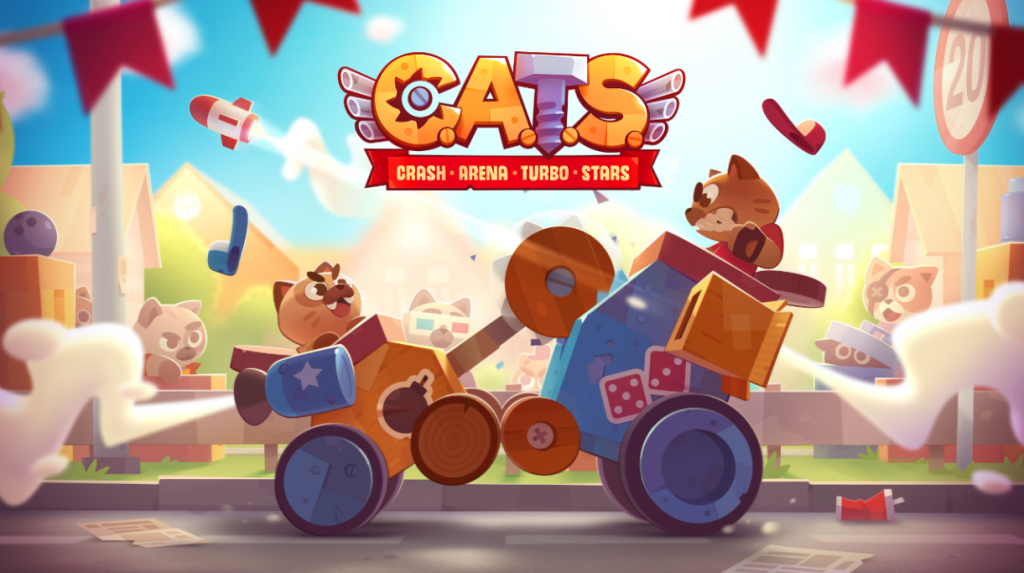 CATS is a rather simple game that pretty much any person can pick up and play. The basics of it are self explanatory and there really isn’t much of a tutorial, that’s how simple the game is.

In CATS you take control of a cat that operates a kind of vehicle that you build from different parts. This vehicle goes up against other players in an automated fight sequence and the winner is based off of who built their vehicle better.

To speak to the simplicity of the game the most difficult part is building the vehicles. You’re given a base model to have as your machine then you add everything to it.

Wheels,weapons, and anything that can be attached. And each base is different in it’s shape and size some are small and square, some are tall like towers, it all goes off what your style for your machine is.

Once in a battle you just tap the screen then sit back and watch. Both players will go at it automatically and you’re basically just hoping the out come is good for you.

The good thing is the fights are quick in most cases making it really easy to get more parts as you go on. But if a round takes to long two walls will start closing in and who ever hits one of the walls immediately loses. 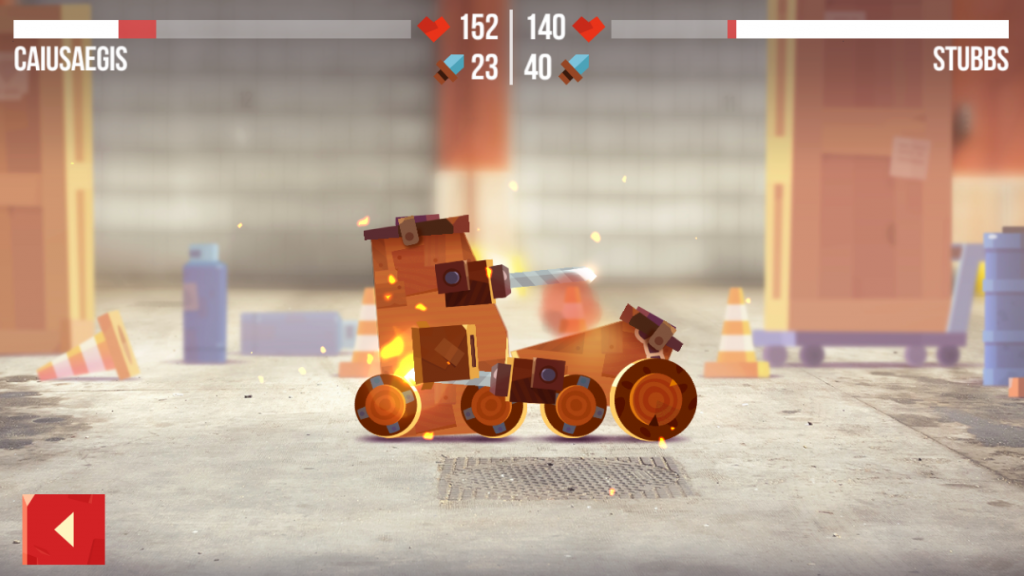 CATS can be a very simple and fun game to play especially if you’re just looking to kill time. Making the vehicles are fun especially when you have a lot of parts to work with.

But to speak to its good sides, that’s about all there is to it’s good sides. You build the vehicles and then send them out to fight.

The mechanics themselves are what bring this game down in a big way. For starters the fact that it’s fully automated with close to zero player interaction is a bit of a let down.

But that can be appealing to some who enjoy watching their creations wreck others, and that’s fine. The big issue is the imbalance of making machines. 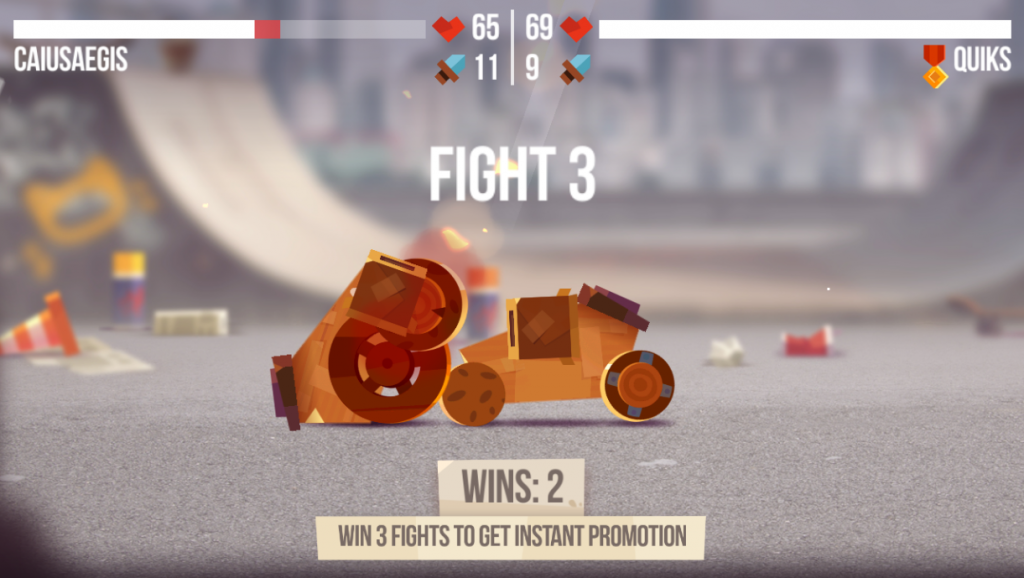 There are several times where you’ll be experimenting with a machine and go to use it only to find out it’s completely useless. In these cases just hope you’re doing a Quick Fight and not a Championship other wise you may run into some issues.

To avoid ending up in a spot where you’re on your back and unable to do anything you wanna make sure you build your machine with balance. And I mean literal balance. 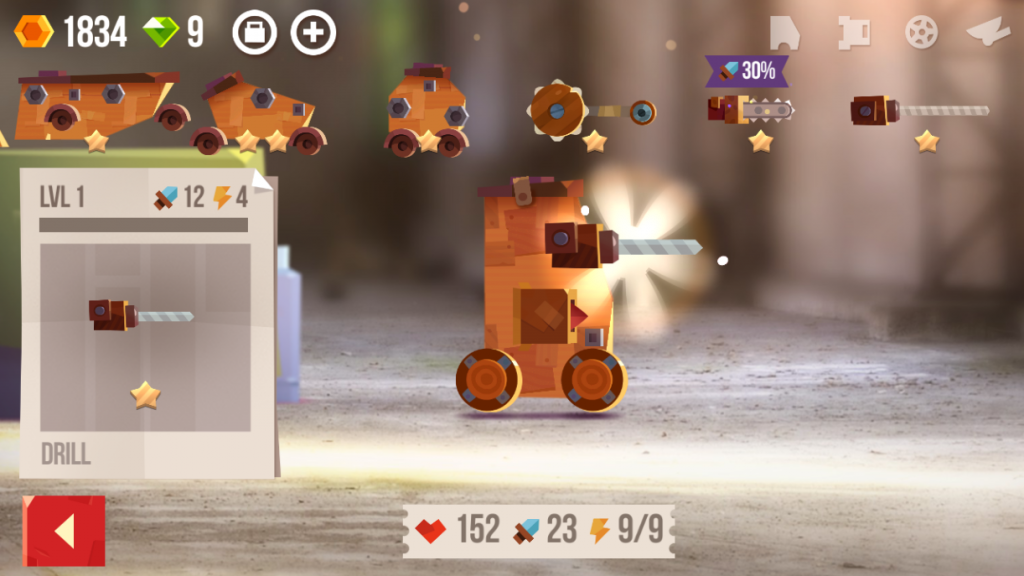 The first thing to note when building a vehicle is what size your base is going to be. The base of it is what you build off of so pick one that suits you but also pick one that works with the parts you have.

Picking a small base but putting big wheels on it can likely mess you up in a lot of cases. Making you fall flat on your back or be to big to hit your opponent with anything.

So you wanna make sure you have a matching ratio when it comes to size. And don’t overload it with as many weapons as possible cause it will actually throw your machine off balance.

It’s best to have one good weapon, long range is best like the Rocket Launcher or a weapon with decent reach like a Blade. Those are just fine, no need to heavy yourself down with loads of rockets and drills and other nonsense.

Once you’ve got the majority of your vehicle built you wanna focus on the wheels cause these are important. Do NOT use two different size wheels.

Using two wheels of different sizes will 100% mess up your vehicle and leave you in a useless situation. The wheel sizes are extremely important and having them not mach can leave you flat on your back, literally.

CATS is by no means a bad game, but it does have some issues just like any other game. It’s a fun little battle game that’s enjoyable to build in and watch your creations wreak havoc.

If you like cats and simple machines, then this is definitely the game for you.