This upcoming month is gonna be a great one for games so we’re gonna talk about the upcoming line up for games coming out in March 2018.

Final Fantasy 15 is getting it’s PC debut and it is going to be a good one. It is a great game with an imperfect ending and that’s just fine really.

The game itself has been rebuilt from the ground up for PC and is basically a generation ahead of console games. It’s the first mainline Final Fantasy with a real-time battle system literally to the point of an Action RPG.

The characters can fall into tropes and that’s not really a bad thing and the whole game can feel like one big road trip but that’s kind of the charm. FF15 is a great game and its PC release is only going to make it stick around for years to come.

Agony is a first-person survival horror game that takes place in hell. However, it is a fully realized Unreal engine version of hell so it’s very impressive.

Now, in hell, you’re able to possess various martyrs and demons, and the real goal is to avoid demons. You wake up in hell with no memory and your goal is to figure out what is going on.

It should be an interesting take on the survival horror genre. With its location and its beautiful atmosphere.

MLB The Show 18 is coming out soon and is significantly more exciting because of it’s added retro mode to it. Making the game feel like old school arcade baseball games which is a big bonus for any lovers of that.

But for anyone who enjoyed how realistic things were in MLB 17 then have no worries. MLB The Show expands on what 17 did, streamlines it, and makes it even more realistic.

MLB 18 is going to be a great game and a package specifically for video game baseball fans.

It came out around the same time as AC: Unity and was not a next-gen game. Rogue was the last of the series to be on the PS3 and 360 while Unity was released on the PS4 and Xbox One.

Rogue kind of got passed over but when it came out on PC people rediscovered it and it’s kind of a lost gem. It takes place in 1700 colonial America and it’s not perfect by any means but it’s something.

It’s a new Kirby game and it adds a slightly new mechanic called friend abilities. I say slightly new cause you’ll probably play this over squeak squad which came out over a decade ago.

Where Kirby can recruit allies which can be played by A.I or people you have with you. It should make the game interesting cause obviously Kirby is a pretty unique platforming experience.

Honestly, I think a new Kirby game is just a smart move for Nintendo. Kirby’s a great franchise that usually comes in later in the console cycle so it’s nice to see that within about a year of release they’ve already got a Kirby game on the switch platform.

Detective Pikachu is an adventure game where you play as a Pikachu that solves mysteries. You take the role of a kid named Tim Goodman who works with Detective Pikachu who isn’t as powerful as other Pikachus.

But he is a detective that speaks low and gruff. In ways, this game sounds like Professor Layton and Ace Attorney but I kind of think it’s going to be a little more bizarre based purely on the main character.

A Way Out is a Co-op prison escape adventure. It follows two characters as they escape from prison as well as being on the run from police.

The game brings you a variety of gameplay from stealth, to action, to driving segments. Really just trying to make an interesting and emotional adventure with a detailed plot that also features interesting fun gameplay.

It sounds like this could very well be one of the better ideas for a story-oriented type game. The game represents a lot of possibilities and I hope it delivers on it.

Ni No Kuni 2 is a sequel to the beautiful original game that had a couple pacing issues and flaws and mainly the battle system. But was still a fun great romp through a beautiful world.

Ni No Kuni 2 looks to fix some of those problems, particularly in the battle system, that looks away from the monster catching and evolving mechanics. And towards a melee fighting system that focuses on one specific fighter.

The battles weren’t bad in the first game, but they became tedious very quickly. That being said, the original is still wonderful and I expect this to be possibly better.

Sea of Thieves is an open world sandbox pirate game that lets you have a crew of friends where you go out and have your own pirate stories. That pitch has been given before and it really is up to the idea that this game really lets you do it.

Impressions from the beta are good. From the things, you’re able to do in it and the reviews coming back are enough to get you excited about this game.

Far Cry 5 promises to be hundreds of arguments on a daily basis. An extremist cult in the united states promises to drum up a fair amount of violence. And that’s just on Twitter.

The concept of Fary cry 5 is refreshing, it’s current and interesting in its setting. And it takes a lot of mechanics from the entire series and puts them to use like training animals from Far Cry Primal.

It’ll be a good fun time for a long time both in the game and out. 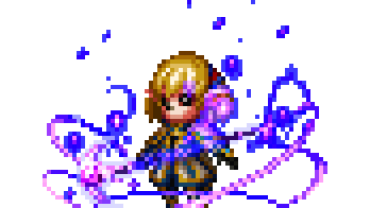