Welcome everyone, to the Dungeon Hunter Champions tips and tricks guide. This guide is designed to help you understand the basics of the mechanics of the game, offer some helpful gameplay tips, and give you an overall better feel of the game. 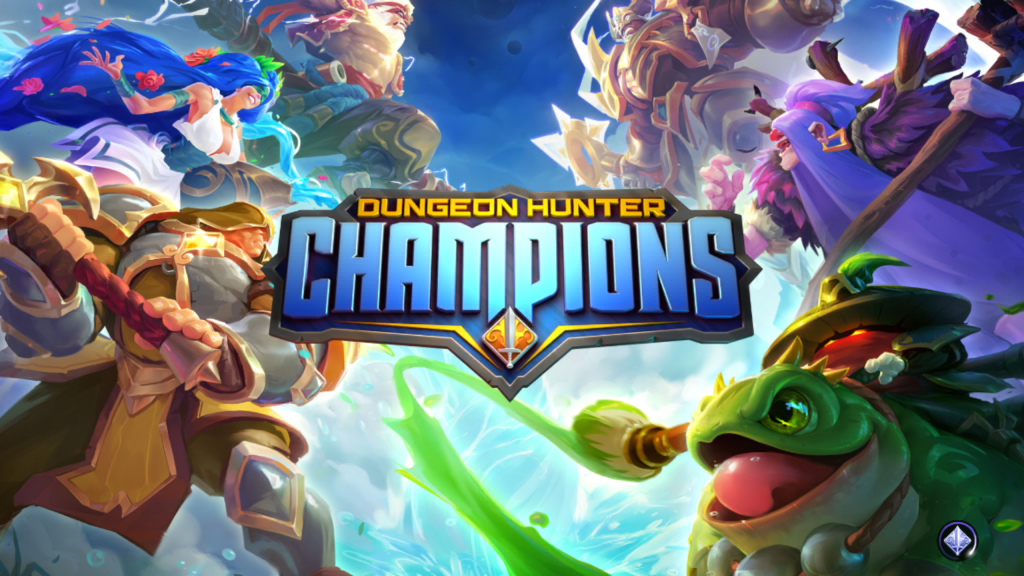 Dungeon Hunter Champions is an action RPG with a top-down camera angle. It’s very similar to MOBA style games in the way that functions.

You have a list of champions that you can choose from each with their own unique design and abilities. And once in a match, you use the left analog to move and on the right is your basic attack and abilities surrounding it.

Mechanics-wise, it’s very similar to games like Arena of Valor or Mobile Legends Bang Bang. But it’s not a MOBA in the sense of it not following the actual gameplay. 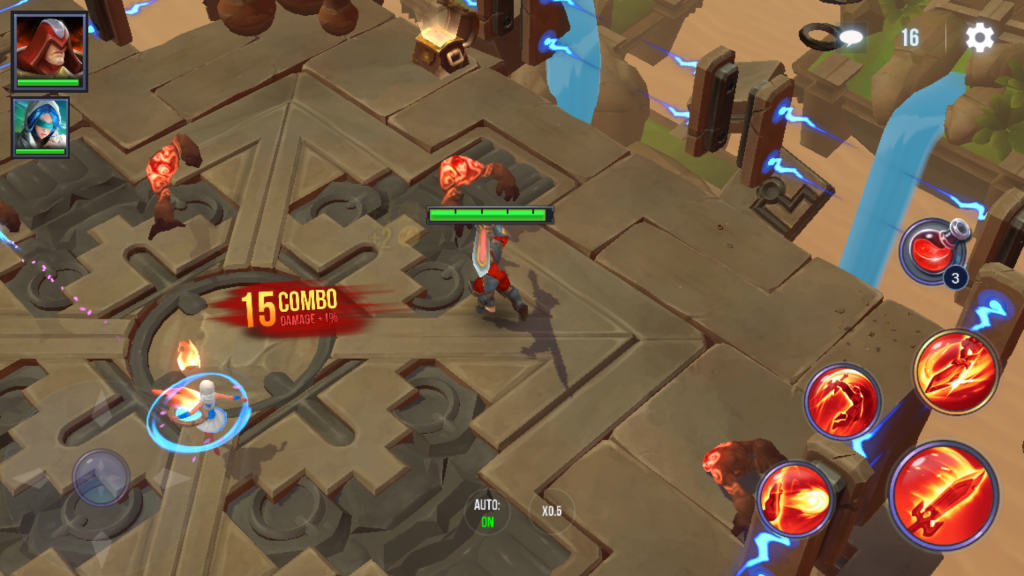 Dungeon Hunter Champions falls more along the line of a Dungeon Crawler. You build up a team of champions and go through different stages fighting hordes of monsters until you reach a boss.

However, there are some stages that mix the two genres. Giving you a lane centric map where you have to lead minions to destroy enemy towers much like a traditional MOBA.

The mechanics and gameplay are pretty simple and very easy to get the hang of quickly. But with that simplicity comes a pretty steep difficulty spike as the levels progress.

The early levels of the game are easy enough where you can just throw it on auto and let it go. But as you get further you’re really gonna have to learn the ins and outs of each Champion you use. 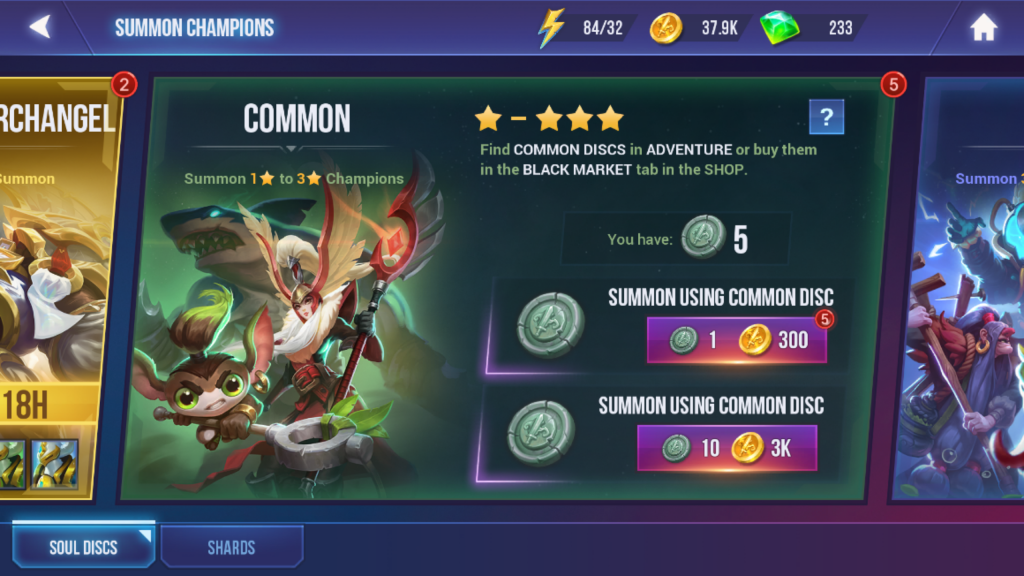 In Dungeon Hunter Champions there are over 250 champions you can play as. It’s a big character collector game so you’re going to be spending a lot of your time doing that.

To get new Champions you can buy summon pulls with gold and other in-game currencies. You’ll get plenty of currency to get Champion summons just by playing the game but you can also buy some with real money if you wish.

Each Champion is unique in the way they are designed and what their abilities are. Some are focused on dealing damage while others are more for healing or buffing allies.

You can have up to 4 Champions on a team at once so with the champions you have it’s best to figure out team composition. Having a team of attackers may sound good in theory but when you’re on the harder levels you’re gonna want at least one healer to keep your damage dealers alive.

Speaking of keeping your Champions alive, you also want to manage their equipment. The equipment allows you to give each Champion different gear to boost their stats which makes them all around better in a fight. 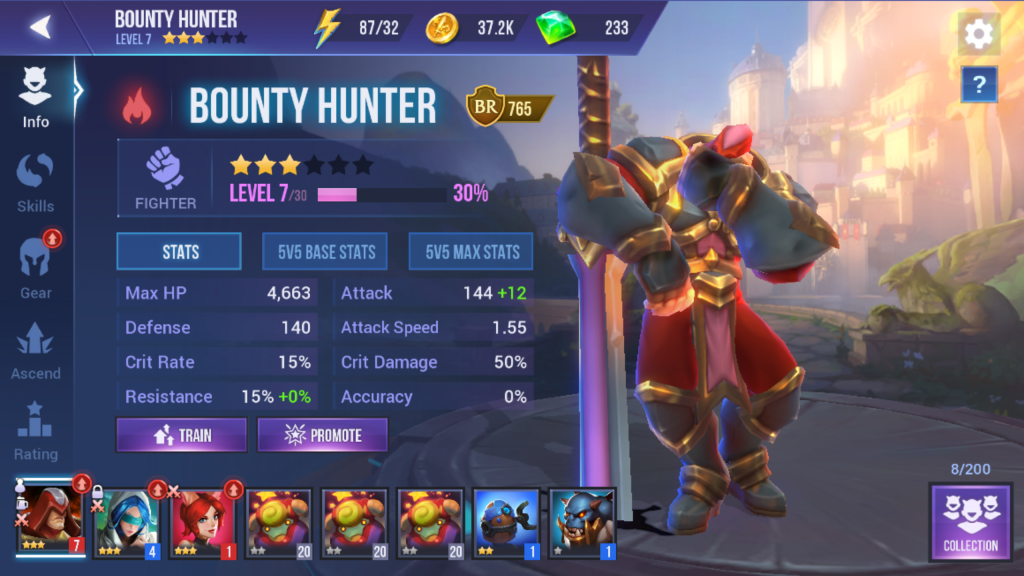 The better gear on a Champion the more useful they’re going to be in battle. But gear isn’t the only way that you can improve your Champions.

You can train them by feeding them other units you aren’t going to use. And this gives them experience which boosts their levels also increasing their stats.

As you get further into the game you’ll also be able to start focusing on Ascending your units. Ascending is the act of using different materials on a Champion to upgrade their star rank.

You can turn a 2-star unit into a 3-star unit making them far better than they were before. But Ascending your Champions isn’t something you’ll have to focus on until mid to late game. 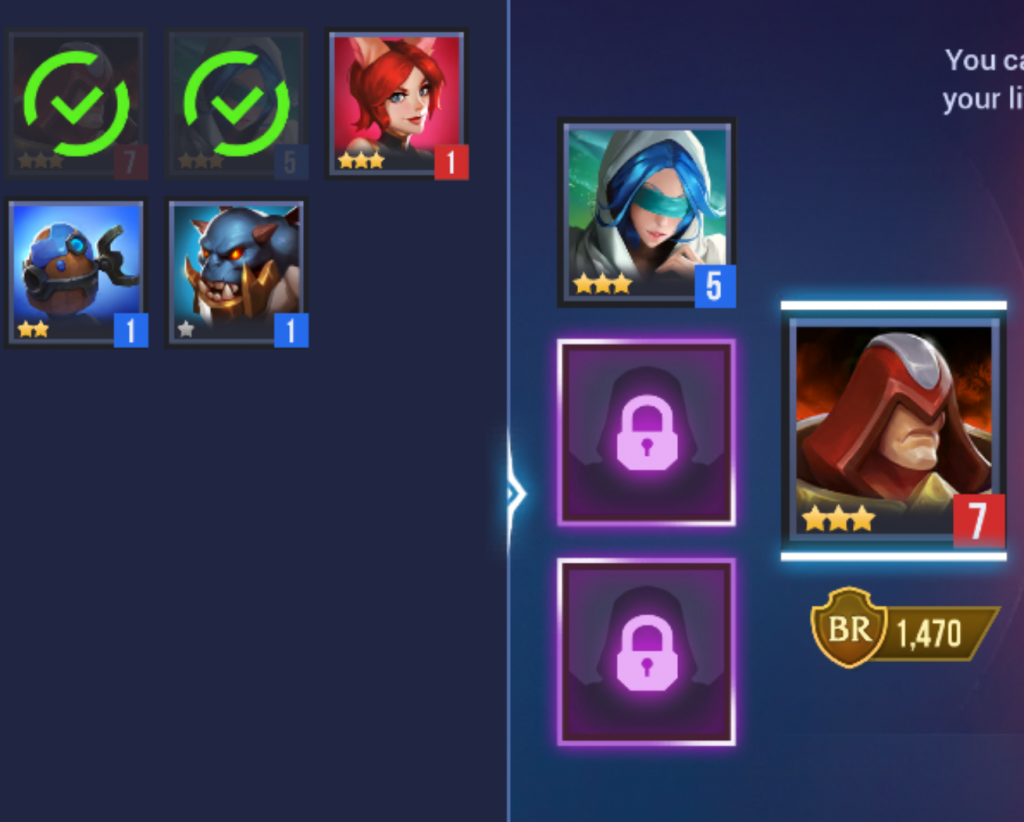 Dungeon Hunter Champions takes some major focus when you reach the later stages. Once you unlock the mechanic of having 4 Champions on a team there is a lot you have to watch out for.

By tapping the Champions on the side of the main one’s icon you can switch control to one of them. Depending on how your team is set up you’ll be switching control a few times throughout different matches.

This goes back to team composition. You want a team that has a few attackers, maybe a buff character, but definitely a healer.

Focusing your control on your main attacker to do heavy damage to your enemies. Then switching to your healer to heal your allies exactly how you want to instead of leaving it up to the A.I.

It can be a bit of a hassle to manage 4 characters at once during a fight but the more you do it the easier it’ll get. In most cases, you can just focus on your heaviest hitter and let the other 3 do as they wish but I wouldn’t do this for bosses.

Aside from straight team management, there is the matter of skill timing. In most cases, players will spam their skills on minion waves to do heavy damage then focus on their basic attack until the cooldown is done.

This is fine in the early game but as you get further you want to start paying attention to when you use your skills. The last thing you want is to be stuck on cooldown when you reach a boss and have to either eat damage until they recharge or run around the map to avoid it.

Your basic attack should be your bread and butter, use it for everything. Throw out your skills when there are openings between boss attacks.

Bosses have patterns that you can pick up on. And if you time your skills to be used in between their attacks you’ll be better off with cooldown.

By the time you use one skill, your next one should be just about done with the cooldown. That’s the goal is to use your basic attack to buffer between boss attacks and never have all your skills on cooldown at the same time. 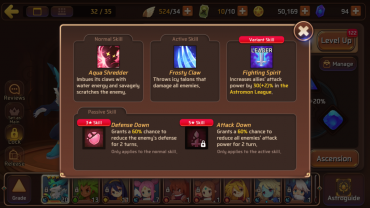