Locke is the famous thief in FF6 and he definitely carries that in FFBE as well. Locke’s main skills are centered around getting more goodies and gil for the team. He can steal, mug and his limit burst is a 100% guaranteed steal. He can also learn mid level magic of all types!

He also has a nice passive in Treasure Hunter, which increases drop rate of items by 50%. That means you get more litrock, sacred crystals and all that good stuff over the long run. In terms of combat power, he has mostly single target damage and 1 strong single target magic attack. Other notable skills that can help is Mystify (30% paralyze)  and Escape, which is useful when you are fighting in tough exploration maps you can’t comfortably beat using auto.

His equipment selection is decent and he can wear most common weapons and has access to all armor types except for heavy shield and robe. His trust master reward is too good to pass up. Rising Sun gives a whooping 107 attack and 50% bonus damage to flying units! Give that to Cloud of Darkness and you have a scary attacker.

The only downside to him is his lack of AoE abilities. However, you should be using other units for that purpose and he is more of a farmer than a raw fighter.

Verdict: Max him and make him your farmer guy to get more awakening items quickly. Also a great leader for other players. I will love you forever if you keep him as the leader.

Locke is neutral to all elements and status effects.

Locke’s LB is single target damage with 100% guaranteed steal unless the enemy has no items to steal.

A treasure-hunting young man who appears in tales from another world, where he played a role in the great conflict between humankind and espers. He fought the Gestahlian Empire as a member of the resistance ground known as the Returners. Unable to escape the guilt of failing to save his lover in the past, he searched for the legendary esper Phoenix, said to be able to revive the dead. This deep remorse is the real reason he cannot leave the side of any woman he meets who is in trouble. But meetingCeles begins to inspire a change in Locke’s broken heart. 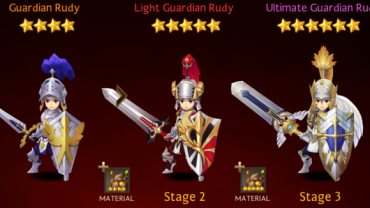