Cloud of Darkness is FF3’s and Dissidia’s bad girl . Some may argue she doesn’t have a gender, but I think she looks female. She deals dark damage and can learn both black and green magic. The biggest thing about her is she has 50% resistance to all elements and 10% resistance to all status effects. No one else has this nice bonus so far!

She has very useful skills like armor break, atk+20% and barrage, which allows her to attack 4 times randomly. She can also cast protect on all allies and a basic Thundaga for AoE damage. Her limit burst is also AoE. Her LB drops are high as well, a big bonus for LB spammers.

With the new upgrade to 6 stars, she learns aura ball (can reduce enemy attack by 30% and 40% silence chance), Omni-Veil(increase all elemental resistance by 30%), Comeback(cure status ailments) and Call of the Void (AoE dark damage with 25% ignore defense).  She is more powerful and is comparable to Lightning, but less damage.

Now, despite all her offensive capabilities, she does have a limited selections for weapons and equipment. Plus, she can’t equip abilities. Other than that, she is a powerful force to be reckoned with.

Verdict: Max Her!! If you want a powerhouse attacker, she is the best option out there!

Her limit bursts are AoE and deals physical damage.

Cloud of Darkness’s weapon/armor choices are limited. Only 4 weapons and 3 armors. She also can’t wear and extra abilities.


A being of destruction, hailing from another world where tales are passed down of the Crystals and Warriors of Light. It lives in the hope of returning all the world to nothingness, and is said to appear when the balance between light and dark is upset. When an ancient civilization, far advanced for their time, exhausted the power of the light, the Cloud of Darkness came forth from the great flood of light as it ran amok. It attempted to fulfill its goal of returning the world to nothingness, but the Warriors of Light and the Warriors of Dark, both chosen by the Crystals, defeated it and returned the world to stability. 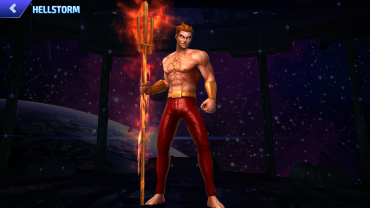