A big thanks to Miss Maven for the information in the video above. Be sure to watch the video for the full detail of the guide.

Ragnarok Eternal Love recently launched their South Asia servers and has been going strong since then. So for those who are able to play here are some helpful tips for you new players jumping into it. 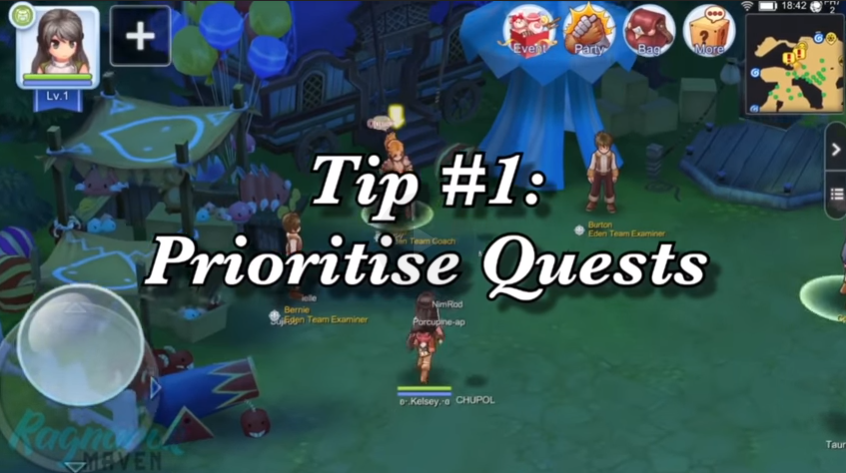 In order to level up faster prioritize doing quests. However, just don’t take all the quests available just focus on the ones with the red exclamation mark because those are your main quests.

Especially when you first create a character just follow the red quests and you’ll be set until your job change at level 10. In addition, you can do daily mission board quests which give you 10 daily quests that refresh at 5 AM.

Also be sure to take advantage of the Minstral Quests. The Minstral will ask you to get him items and kill monsters in exchange for XP, Zeni, and items.

Finally, around level 20+, the Monster Resistance Quest will become available. With this quest, you will get more exp from killing monsters up to a certain amount. 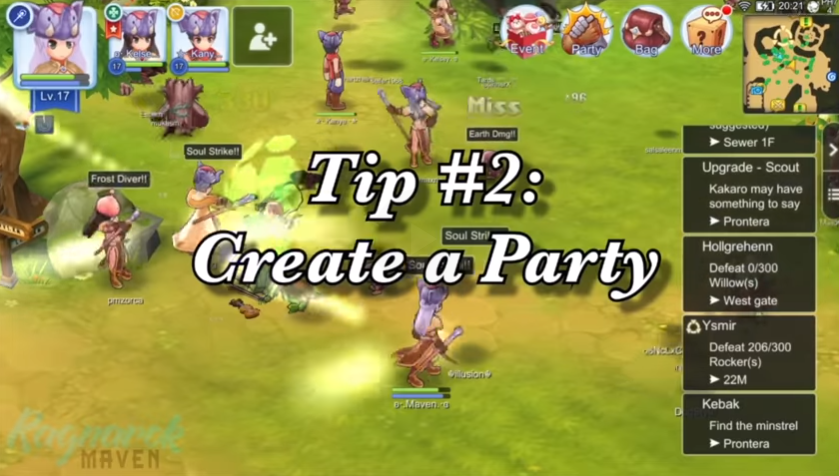 Whether you’re playing with friends or have met new ones online, having a party will greatly decrease the time needed for quests and boost leveling up. To create a party just go to your friend’s list and invite to a party from there.

Just note that to be in a party you all have to be on the same channel. You can check your channel in the upper right corner of the screen.

If you’re not on the same channel you can change your channel to Izlude. You’ll have to walk since it’s not initially available to teleport to at the beginning of the game.

Once you’re in Izlude go to the channel teleporter and input your desired channel. In a party, you share EXP and Loot but it also makes doing quests a lot easier.

If you have to kill 300 monsters doing it with a party will go much faster. As a tip, you can click follow to follow a party member you want to follow around the map.

And if auto-attack is enabled you will auto-attack whatever the party leader is attacking. Which brings us to the next tip. 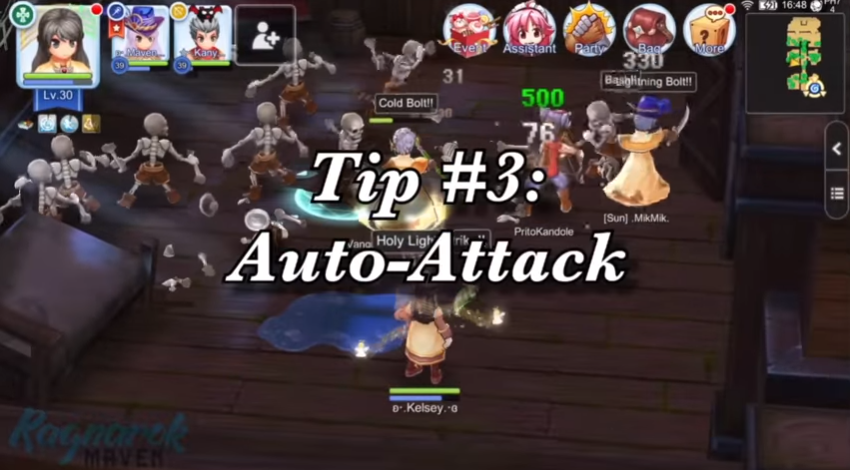 Utilize the auto-attack setting. What’s special about Ragnarok M you don’t have to manually attack each monster as you did on the PC version.

Thankfully for the mobile version, you can use the basic auto-attack function. By turning on Auto-attack it will attack any monsters nearby for you without having to.

Top #4: Level Up Skills and Attributes 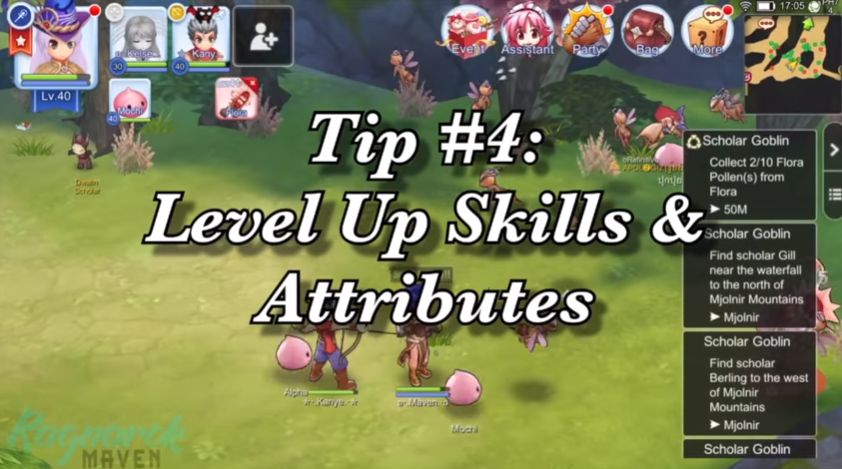 For every job level, you gain you get a skill point to level up skills. Generally, the next level of skills will have better stats or damage.

Aside from skills, you can also get Attribute points when you level up. There are six attributes to level up which are Strength, Agility, Vitality, Intelligence, Dexterity, and Luck.

For a good idea on how to set your attributes just hit the build button and see the recommended builds for your job class. 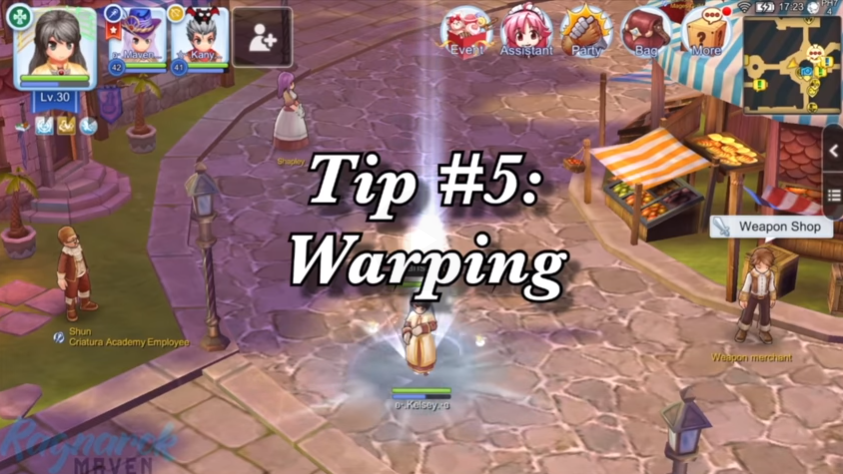 To teleport from one place to another you have three choices. The first is the Kafra Transport which is usually around major cities and they can teleport you to places you have already been to before.

Next, the Kafra can also save your warp point which brings us to option number 2. By using the Butterfly Wing item it will take you back to your save warp point.

Lastly, you can use the Fly Wing. It will teleport you to a random part of the map but this is random so it’s entirely based on luck where you end up. 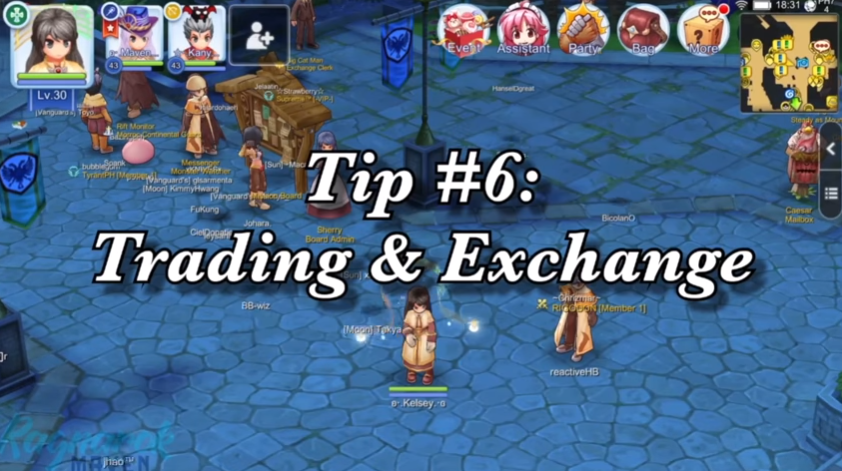 One question that floats around a lot is how to trade between people. The quick answer is there is no player to player trade.

Only merchants can sell from their shops. There is an exchange function in the game, however. You can find the exchange NPC near the mission board in most towns.

Here you can sell your loot or buy items from other players. You cannot set a price for it will automatically be determined by the system.

If you buy an item check the trade history to claim it. If you need a certain loot it’s an option to check the exchange. 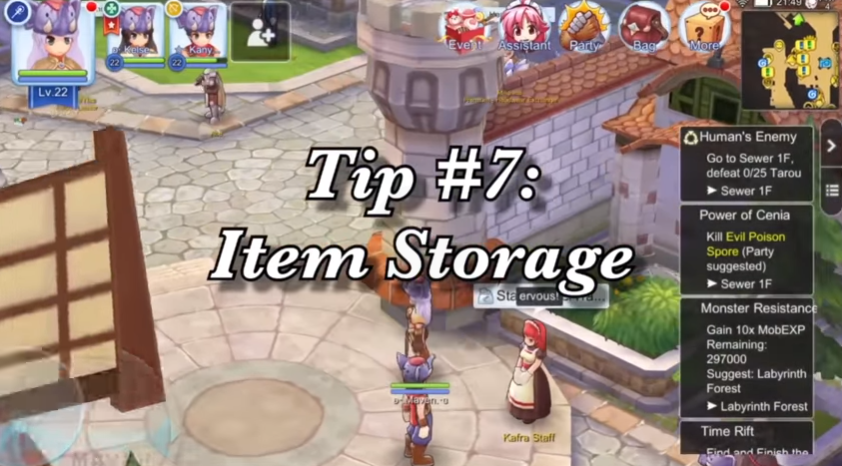 In order to store your items go to your nearest Kafra and click stash service. It will cost you 99 Zeni to unlock each time.

You can then drag items from your backpack to your storage. Note, you can also share your stash with other characters on your account but you have to be level 40 before you can do this. 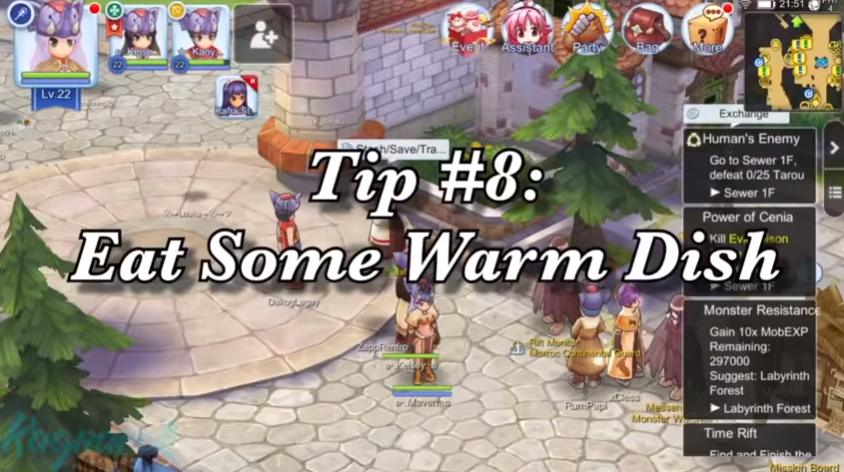 If you noticed, some quests will give out the Warm Dish item. This will restore a set amount of HP and SP every time you use it.

You can check your remaining amounts at the upper left side of the screen. This is helpful especially when you’re farming because you don’t have to spam hit potions.

You can also buy this from the food shop for 5000 Zeni. 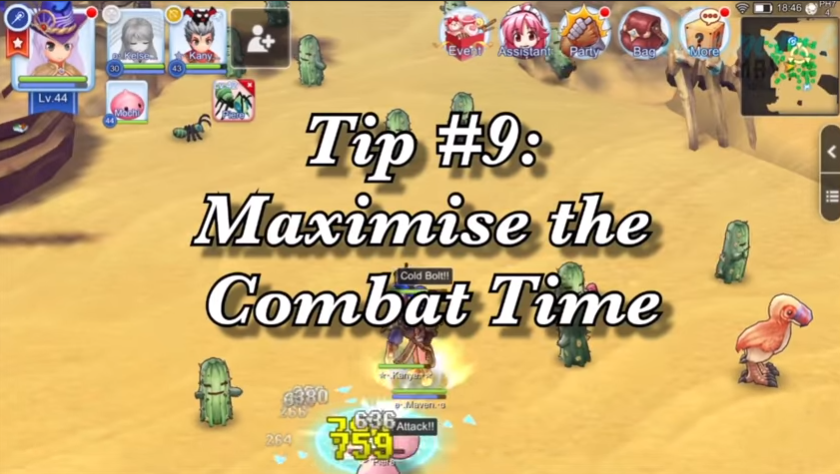 In the game, you have to be mindful of your Combat Time. You can check it under more then go to settings. Every day you will get 300 minutes of combat time.

If you exceed those 300 minutes then the EXP and Gold drop rate will become lower and lower. However, you can increase your daily combat time by 60 minutes every day if you listen to music at the Prontera South Field.

You can check the additional combat times in the settings. Also, if you want to increase exp and drop rate you can use the Lightning Chain.

However, know it will consume combat time much faster. 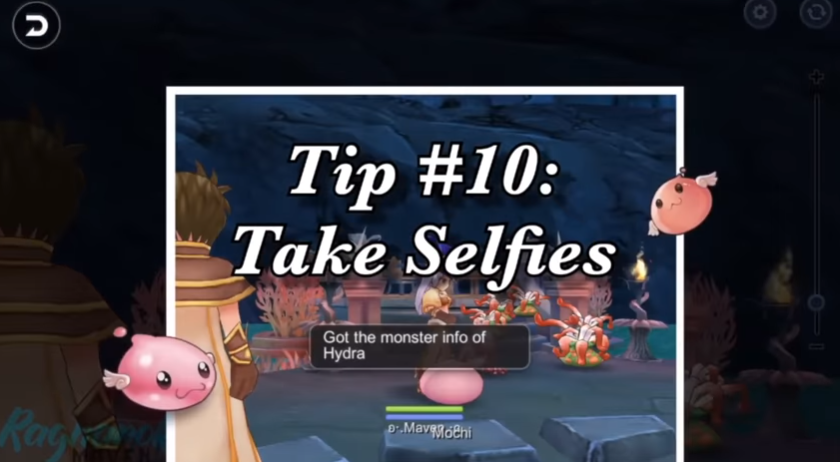 In Ragnarok Mobile, you have a camera you can use. As you go across different maps make it a habit to take pictures of landmarks and monsters.

These pictures go toward your Adventure Book level. Each time your Adventurer title is promoted Attributes will be improved and new adventure skills will be unlocked. 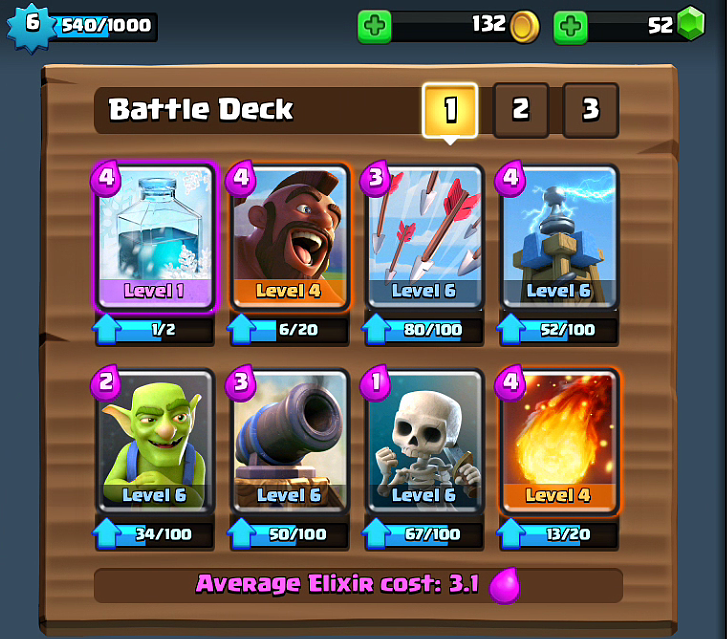