Log in and fight for your lives. SAO’s Legend is a free to play (F2P) browser based MMORPG. Based on the hit anime Sword Art Online, you will get to face off against some of the threats that Kirito faces from the anime series in this game. So prepare to storm the numerous levels of Aincrad, and race your way to the top. If this is something you would like to try, you can register here.


SAO’s Legend has a very straight forward game play, outlining the usuals of playing a MMORPG. Majority of the questing focus on killing and collecting from the NPC monsters. There is  a minor crafting system that allows you to repair, and upgrade your weapons to make them even more powerful. Mounts with their own upgrade paths to change their stats and appearances.h

Even a “Girlfriend” system, which is equivalent to a “pet” system you might find in other games that allows you to have a companion from the show fight by your side, Girlfriend characters are actually girls from the show such as Sashi or Phillia.

There are four character classes to choose from.  Swordsman, Ranger, Priest and Knight. Each character will be your in game avatar, so if you ever wanted to be Kirito, now’s your chance. 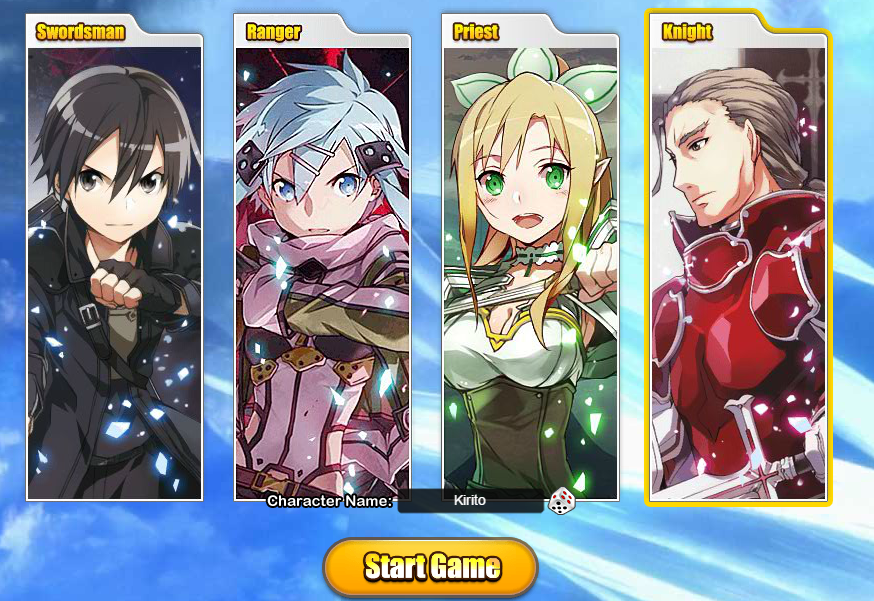 There are a lot of monsters to grind through, so leveling is fairly quick. The real fun doesn’t start until you reach the upper 50s however. Thankfully you can let the game auto battle your character through most of the sub-level 50 content. You won’t have to worry about micromanagement of your character until way later in the game.

You will even get to choose your Guild / Faction which will align you with other members. This takes away the annoyance of guild invitations since everyone ends up choosing a side. 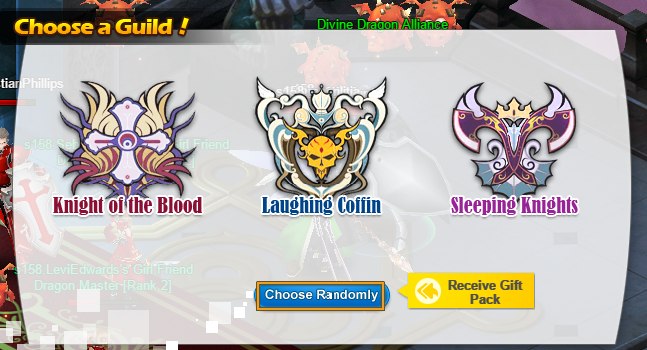 Auto battle system / Auto questing! The game will auto battle and loot for you. This is great if you find a area to grind XP in, and if you’re feeling lazy. You will kill monsters and run to quest objectives, complete them and move onto the next NPC. The only thing you need to do is accept the quest and enjoy the show.

Girlfriend System. You can bring one of Kirito’s many friends along to help you out in fights, they really help to clear through instances and to keep you alive. It also means you can stay a solo player and still have someone fighting with you.

Wedding system. Not many games allow you to actually marry another player in game. However this keeps true to SAO and will allow you to marry another single player above lvl 50 of the same faction. So choose wisely when you’re picking your guild.

Offline XP/ Meditation /Training – If you log out of the game for up to 12 hours you will return with claimable experience. A small reward from taking a break from the game, Alternatively you can use Meditate to slowly build up XP or go to a training area for your appropriate level to farm xp.

P2W – Once you reach the higher end of the game you might feel like you’re struggling, around this area you may feel the need to pay for in game currency / items to be on par with other players. I am not a fan of this personally, but it’s the only way to be on equal footing quickly, otherwise you will spend quite a bit of time grinding to match other players.

The game is mostly PVE so it might not matter to you, but if you fancy yourself a player-killer, you might have to spend a little bit of money. More so if you want to access certain items locked behind VIP tiers.

System heavy – The game uses a bit too much of the computers resources, so becareful if you’re on a really low end system, try to close down anything you dont’ really need because this game will hog up a good portion of your CPU usage.

Lag/DC – Recently the servers have been experienced intermittent disconnects, you can refresh the game but these are annoying to deal with as they can pop up without warning and cause you to miss out on loot or kills.

SAO’s Legend is a great game to jump into and relive some of the adventures you would find in Sword Art Online itself. It’s very easy to pick up, making this game friendly for beginners or friends who want a quick MMO to play together.

There are a lot more features to the game that make it very enjoyable the longer you spend in the game. It’s definitely worth giving a shot if you’re a fan of the series. 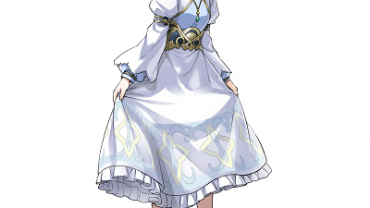