Hello all, and welcome to The Walking Dead: Our World Tips and Tricks Guide. This guide is designed to help you understand the basic mechanics of the game and further your overall experience with the game.

The Walking Dead: Our World 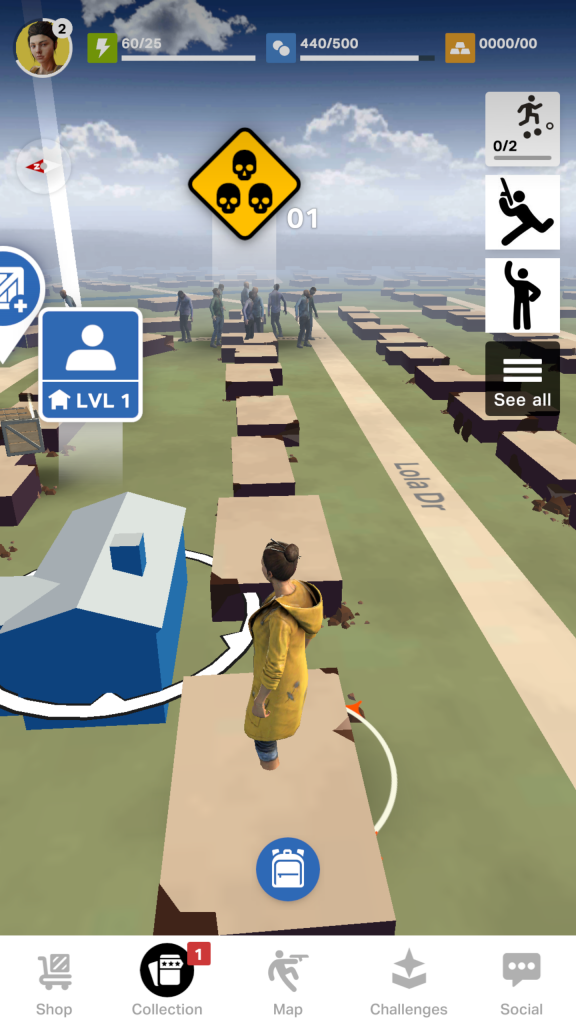 The Walking Dead: Our World is an AR game based on The Walking Dead series. It’s played much like games similar to Pokemon Go with a few interesting mechanics to it.

You play as a survivor in a zombie, or Walker, infested world and your goal is to survive. You walk the real world and come across Walkers that you have to fight through.

Walkers will appear on the game map and you can tap on them in order to engage in a fight. The battle mechanic in this game is very interesting and actually pretty fun.

You get put into a first-person view with a gun and you have to shoot the Walkers on screen. By tapping their bodies you shoot and hit in the area you tapped.

Being Walkers, you want to aim for their heads to get maximum effectiveness. And that’s how the battle system in this game works. 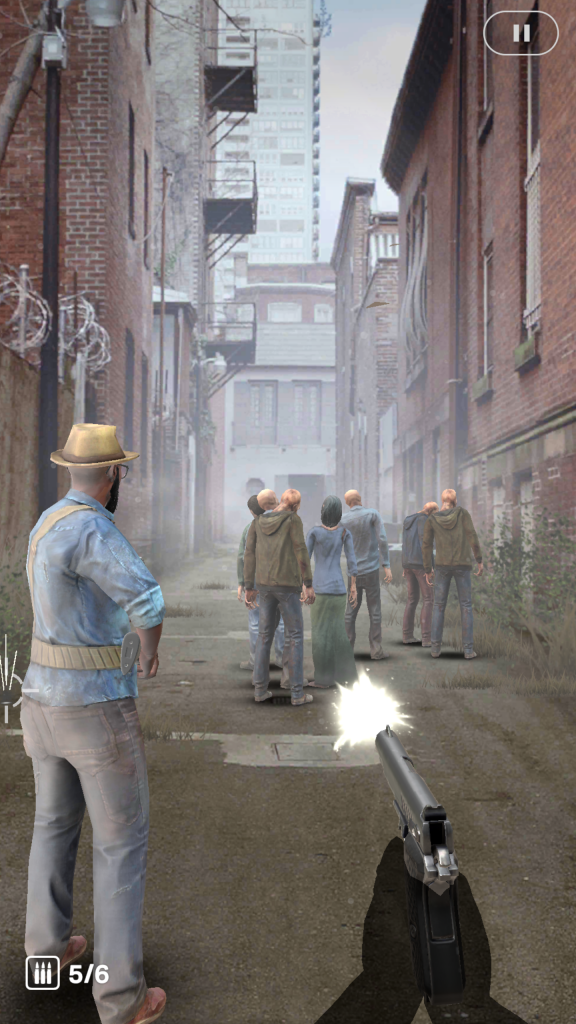 Headshots are near instant kills each time but it also depends on what gun you’re using. You start with a pistol and it’s pretty good at nailing those headshots but it also determines on your ability to aim.

The crosshair in this game is a little big so you can be off on your initial target at points. But after a few battles in the game, it becomes pretty easy on nailing heads with each shot.

Once you finish your first few battles and the intro tutorial you’ll have a few things added to your collection. The collection is where you find all your weapons and allies throughout the game.

Once you obtain some allies they will actually appear and help you out during battle segments of the game. And they can be helpful for the different missions that come up.

Rescue missions are the most common and allies are helpful here. In rescue missions, there will be a survivor who needs to be saved from a Walker horde.

Having an ally here helps because there’s two of you shooting at a group of Walkers instead of just one. You can clear them real fast and save the survivor easily.

Once you save your first survivor you’ll be able to build a shelter. You can drop survivors off at shelters and gain points for doing so. 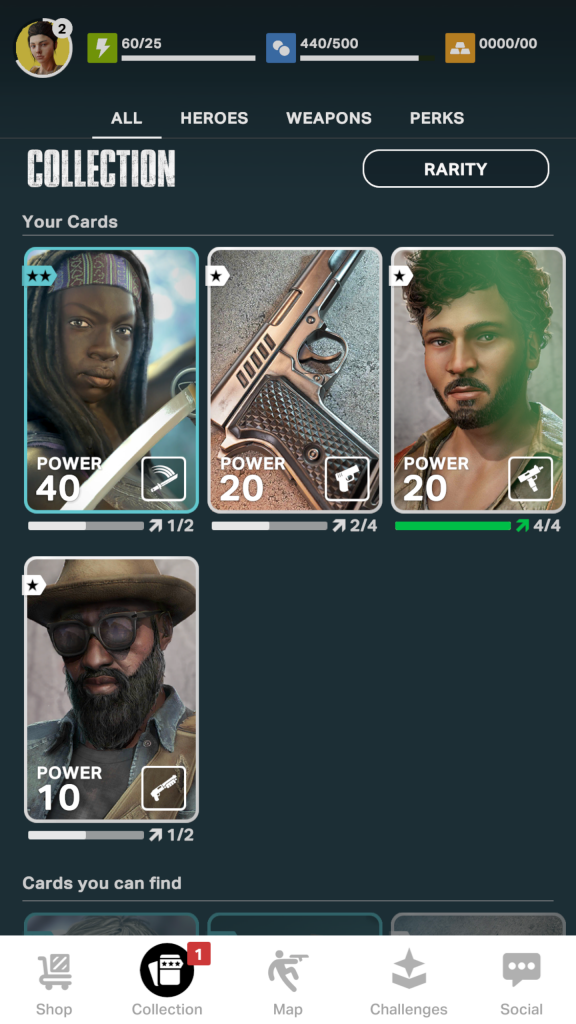 As you progress through the game you’ll gain levels by fighting zombies and saving survivors. The higher in levels you get the more things you’ll unlock.

Specifically rare heroes which are more well-known characters from The Walking Dead series. You can unlock characters like Rick or Daryl to fight with you giving you a bit of an incentive to level up.

Better weapons are also a good reason to level up as well. Your pistol is good but you’ll encounter different kinds of Walkers as you get stronger.

Some Walkers have SWAT gear and wear body armor. So you’ll need way more than a six-shooter pistol to bring these ones down.

So you really want to focus on leveling up as best as you can. It’s not difficult to do by any means, just fight every horde you’re able and do any rescue missions.

As you get higher in levels you’ll also gain more gold. You use this for various reasons, one of which is upgrading your shelters which is an important use for it.

Another thing to note is the supply crates that drop around the map. Pick up every single one of these you find because they are helpful.

Most of them give energy which is needed in order to continue playing the game. So stockpiling on energy while you walk around is great because each mission costs energy to do.

In the video above it shows the best method for getting around 2000 coins in just an hour. It’s a viable method because essentially it’s just playing the game only at a constant rate.

Grab a bike and go for a ride. Stop by every Walker horde you see, save every survivor, and after each mission, you will get a crate with coins in it.

After a while, they will start to add up and you will have a large stockpile of them. But be sure while you’re out killing Walkers and getting coins you watch for supply drops.

You don’t want to run out of energy mid-stride and have to wander around to find some. If you see any make a point to grab them even if they’re a bit out of the way. It’ll be worth it.