Queen is a 6 star character with pretty good stats for her role especially since she’s a double role character. Queen is a physical damage and healer character which is always a fun dual role to play with.

Now her skills are built exactly how they should be for her to utilize both physical damage and healing capabilities. All though her only real healing spell is Curaja.

She has her typical buffs all characters are given. Defense, Spirit, HP, Magic, and Attack all get a buff from her boost skills.

She also has Triple Slip which negates damage for 3 turns and Auto-Refresh which recovers MP by 5% each turn. These two are major points for Queen because one gives back MP which allows more Curaja and the other stops damage which allows her to live longer.

Her final skill Devastate is where the real heavy damage is going to be though. It deals 5 heavy attacks to random enemies which on a boss can be literally devastating.

Her Limit Burst is also very good dealing light physical damage and having a crazy 100% HP drain to all enemies. So she can basically clear a field with her Limit Burst.

Queens biggest downfall comes in the fact that she is a physical damage character with one only physical damage skill. If they had given her one more skill for it that would have given her just enough coverage to be an exceptional 6 star.

Verdict: Not the worst 6 star out there, she has her uses.

Queen is neutral to all elements and status ailments

Olive can equip 3 weapons and 3 armors

A young lady who appears in the tales of a world divided into four nations that individually control their own unique Crystals. Queen was taken in at an early age, and has since been raised as a cadet to become Agito, the legendary savior or saviors. Her personality is as straightforward as the longsword she wields, which has earned her the nickname of “class leader.” On the battlefield her great knowledge of magic can prove invaluable, except in times of great peril where she ends up losing her cool. 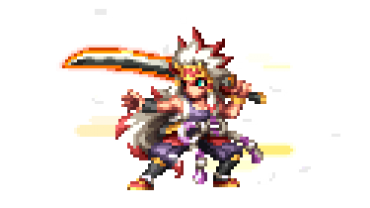