This guide is based on MasKScarin’s video. It goes over the SID Advent dungeon and explains the basics of each stage and mechanics of the fights.

How To Beat The SID Advent 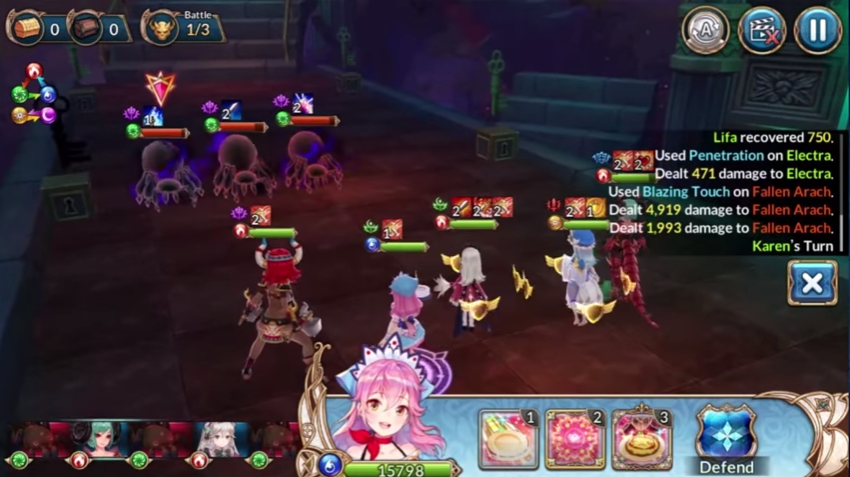 On the first floor of the dungeon, you’ll be dealing with three spiders and all 3 of them basically has Esna’s passive. It lets them put the mental bind on you and if any character has that debuff and they counter attack or use a skill they lose half their HP.

Now this is going to be a debuff you see a lot in this dungeon and it makes it significantly harder than the other dungeons. So you really need to watch for this debuff because using counterattacks can be deadly in this dungeon so any builds that require it will be all but useless. 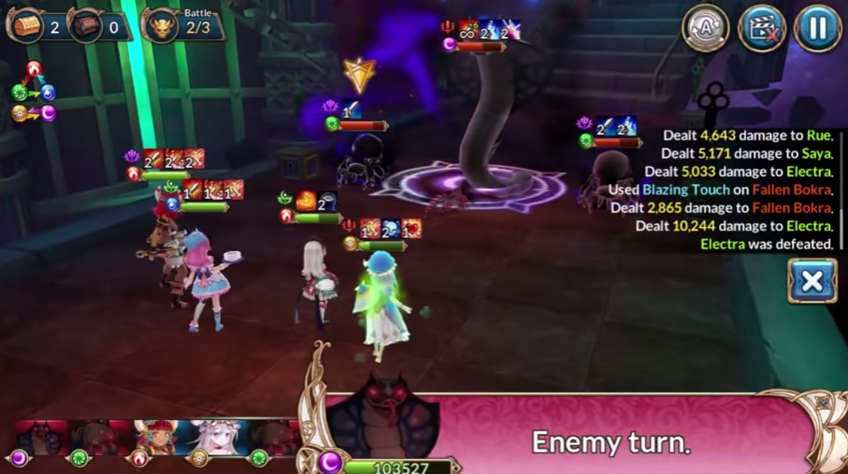 On the second floor, you have two more spiders but all they really are is a beefy unit to put those debuffs on. There is also a snake in the middle and it gets an attack buff every time you hit it.

When it gets to six attack buffs it evolves into a giant snake and then all of its attacks crit. So it becomes crazy strong and you really have to budget your attacks and only use heavy damage attacks to bring down the snake.

It’s really the spider debuffs that make this floor so difficult. Between them and the giant snake, it becomes increasingly difficult to survive unless your units are specifically built for this dungeon. 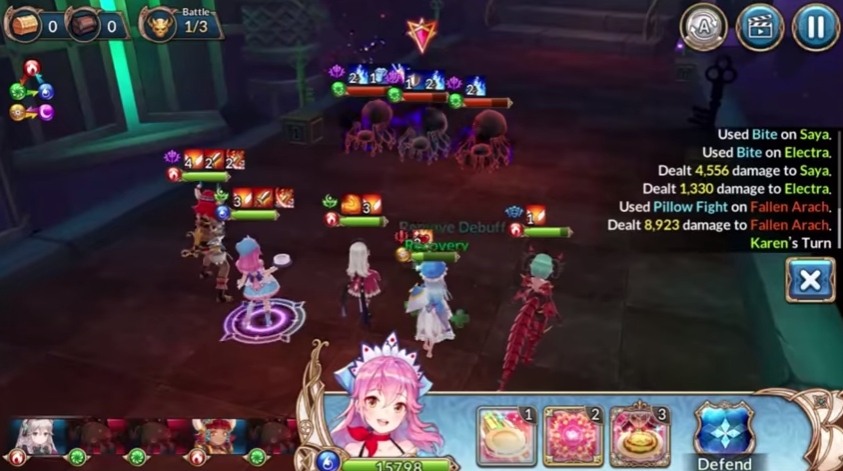 Next in stage 3 is just more spider enemies. They inflict the same debuff as before causing you to lose half your health if you use a skill or counterattack.

You have to be extremely careful when the debuff is on and only basic attack as much as possible. These spiders really make it a pain to get through these floors fast.

Having a unit like Rue is great with healing skills and the ability to remove the debuff. You just have to be sure she isn’t inflicted with it or she’ll fall under the same half health loss. 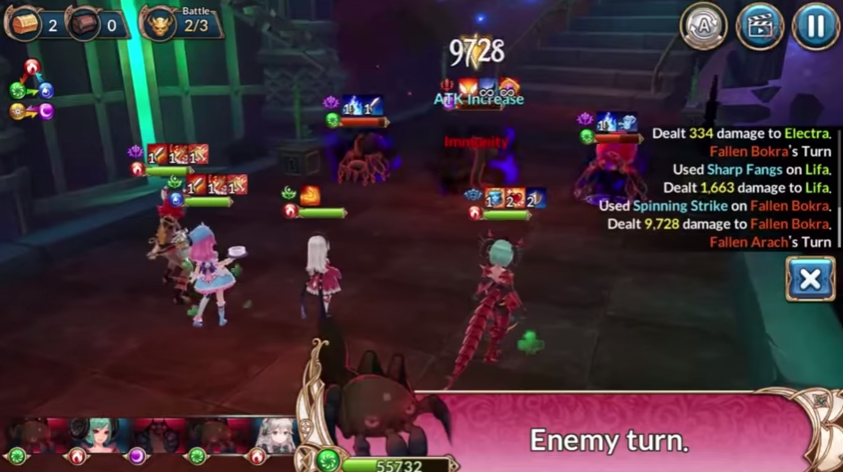 Stage floor repeats the 2nd floor having two spiders and one snake. Only this time on top of the attack buff on the snake it also inflicts the darkness debuff the spiders do.

So when on 6 hits the snake evolves into the giant snake having crit on every single attack plus inflicting the debuff along with the spiders. So it gets even more difficult to deal with this floor unless you can kill the snake before it’s 6 stacks proc its evolution. 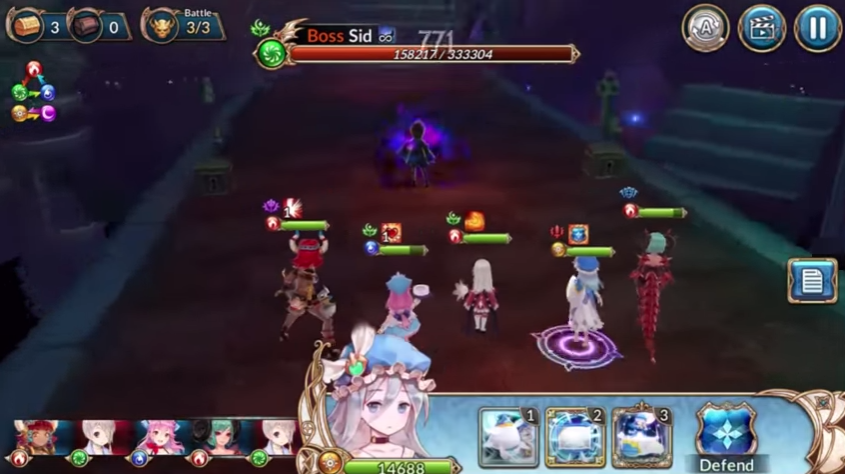 On the 5th floor, you have a boss fight with Sid who is completely devoured by darkness. It’s a pretty simple tank fight where all you need to do is just survive and burn through his HP as fast as possible.

He will also inflict the darkness devours debuff on everyone so you’re still dealing with that. Since it’s an AoE it’s more annoying because it hits every single unit you have so there’s no avoiding it.

This boss fight is all about having your units built to deal high damage in short amounts of time so you can really plow through him. Rue is again a great unit to have in this dungeon because of her abilities. 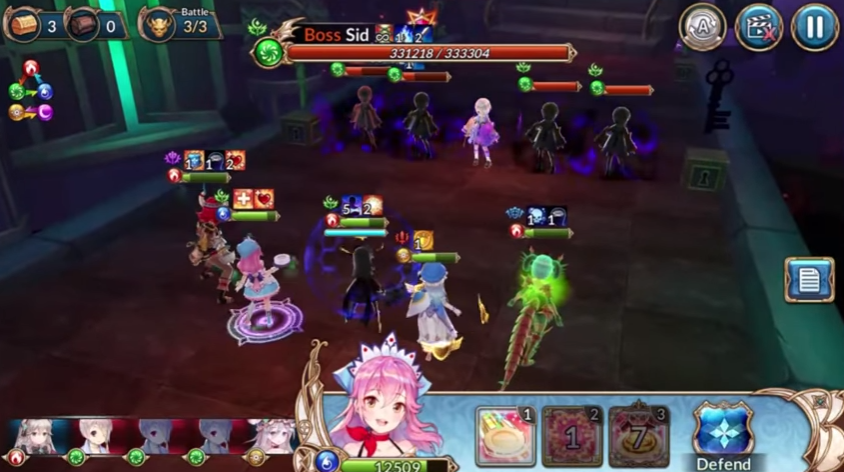 Once you bring Sid’s health down two shadow versions will appear by Sid. What you want to do here is focus on the first shadow copy which is the one on the left.

If you don’t kill that one first it’ll keep spawning more copies of itself making the round harder. It takes a while to take down the first shadow so chances are you’re gonna be dealing with at least four of them by the end of the match.

But once defeated this is the final fight of the dungeon. All you have to do is make it through with your team intact and with that darkness devours debuff that will be difficult but still possible.

Again it’s all about how you build your units for this dungeon. Rue is a great healer choice to have and everyone else just needs to be free of a counterattack and built so they can deal high damage quickly. 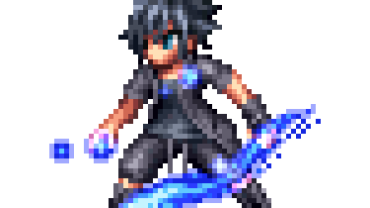