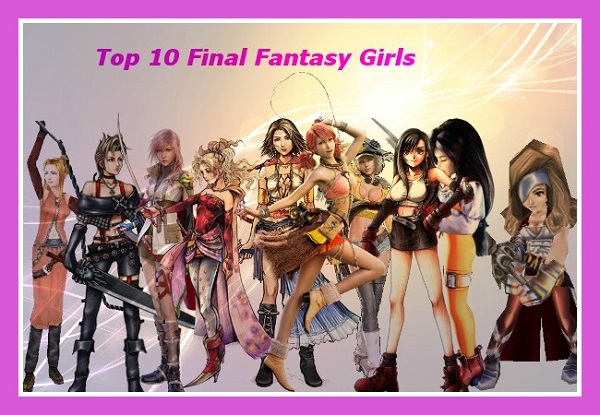 Welcome friends to the Top 10 Final Fantasy Female Characters. This top 10 is about the awesome girls of Final Fantasy. There are so many of them to choose from it was hard to narrow it down to just 10 so just because one character may not make it on this list doesn’t mean they aren’t just as good.

Her personality is refreshing from characters that came in previous Final Fantasy games. She starts off as an instructor to the main character and eventually evolves into the most human character in FF8.

As for her character design, as a whole it’s great. She’s simple in her looks not having the over the top flashy look a lot of Final Fantasy characters have (Looking at you Ultimecia).

Her combat is also fun because she uses a whip and yes you can make your jokes about her being an eighteen year old blonde with a whip that’s fine. Quistis is a bad ass in a game that is lacking bad asses. 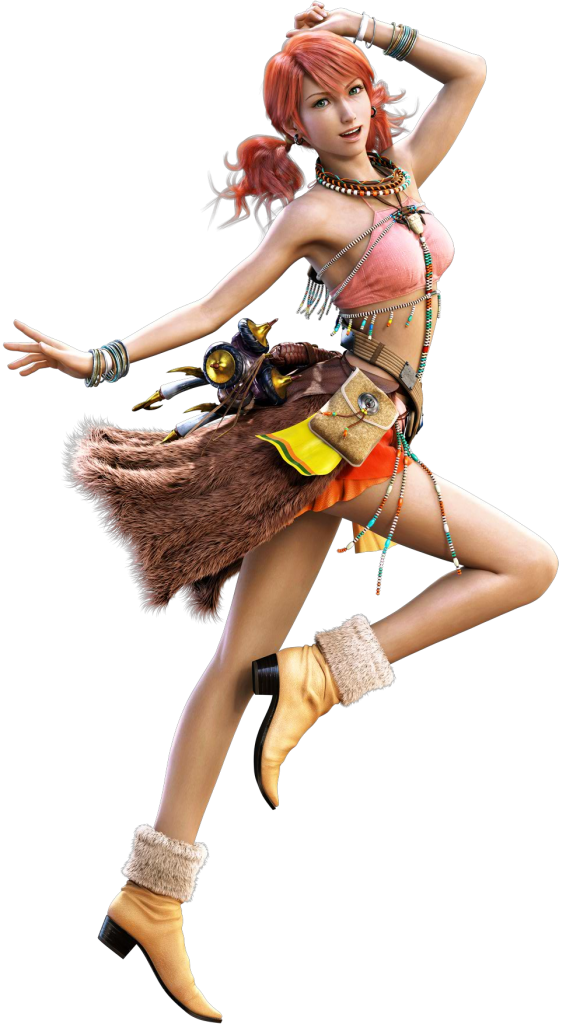 Number 9 is the adorable girl with an Australian accent. Vanille earns her spot on this list for being one of the most endearing parts of Final Fantasy 13.

So let’s start off by saying Final Fantasy 13 is in no way a perfect game. It has many flaws and a lot of which are within the story itself.

In a game that can feel very bland and devoid of interesting characters, Vanille is a breath of fresh air that brings personality to the game.

To some she can come off as annoying because of how happy and giddy she is despite the fact her and the rest of the party are marked as L’cie and are in horrible danger. But that’s what makes her so interesting and endearing!

She knows how bad things are and knows that there is a huge risk over her and the party. But that doesn’t bring her down by any means.

And for her actual design I mean come on, Vanille is adorable. She’s cute and bubbly in the way she talks, moves, and acts.

And her battle style is just as unique I honestly can’t even say what her weapon is I just know it’s cool and totally fits her personality. Vanille is a great character that makes Final Fantasy 13 a much easier game to get through. 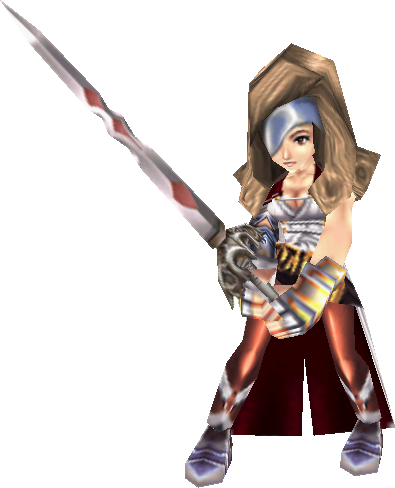 Number 8 is the Holy Knight of Alexandria, Beatrix. Not one of the main female characters in a Final Fantasy but definitely one of the most interesting.

Beatrix starts off as a pawn to the bad guy who is simply doing her duty as a knight. You fight her 3 times and she completely stomps you with out breaking a sweat.

She’s tough, cruel, and has no mercy for those weaker then her. Until she learns the horrors her queen is doing and finally jumps to your side.

For a side character she has a very complex story that is told beautifully through out her relationship with Steiner. And the moments you get to have her in your party make you feel like you’re in a power fantasy.

Her design also relays her character very well.  She’s a beautiful but damaged warrior and that’s why she’s one of the best. 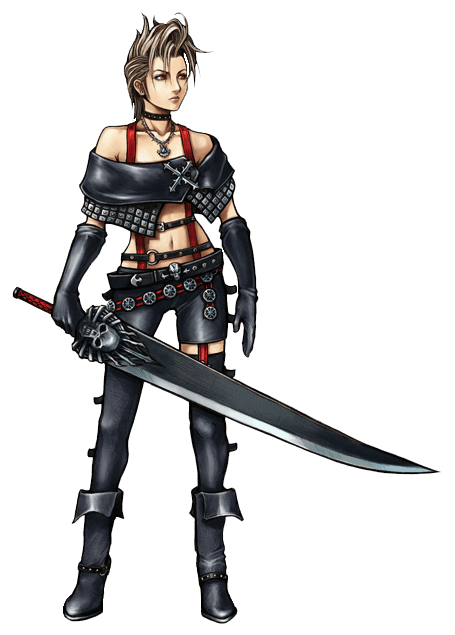 Now this entry can be argued by a lot of people but I stand by the choice regardless. Final Fantasy X-2 is a very unique installment that feels totally different from any other before it.

Everyone in the game returns from Final Fantasy X and has this happy go lucky out look and it gives the game a very nice friendly feel. And then there’s Paine who shows up and brings a whole lot of mystery to the mix.

Paine’s back story is probably one of the main reasons to even play FFX-2 because it ties so deeply into the stories lore. Not only does it make her more interesting but it actually gives her more of a reason to be involved with what’s happening where other characters sometimes just feel like they’re there to fill space.

Her character design is just great. She’s quiet and dark and she gives off a slight Lulu feel and definitely plays well with Rikku and Yuna’s colorful look.

Now speaking to the blandness of Final Fantasy 13 we have Lightning. The only character in the game who actually has real character development.

Lightning starts off as kind of an unbearable character. She’s mean, she’s angry, just kind of an all around bitch to everyone she meets.

She has no real good qualities until the story starts to pick up and you learn where she’s coming from. As the story goes on she starts to understand the people around her and learn her place in everything.

She goes from being a rough around the edges character to an actual humanistic woman that makes the game feel more alive. She’s got some of the best character development in any FF game. 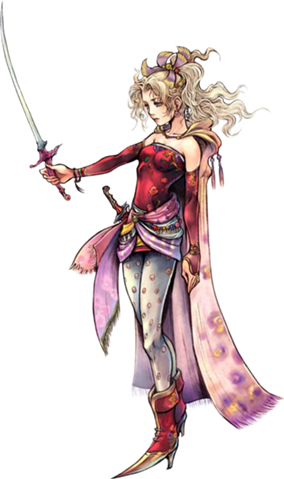 Terra Branford is a fan favorite from Final Fantasy 6 and rightfully so. She’s so compelling and interesting within her own story.

She’s also a great female lead for the game and carries the role well. Her dynamic with the other characters in the game makes her stand out and she’s kind of unforgettable.

Her design is what gets me the most about her. In a game where Kefka is your bad guy, Terra looks the part of the heroine and plays it even better.

One of the newer Final Fantasy girls and not a main cast member either. Cindy is very deserving of her entry on this list and I like to think of her as the bread and butter of Final Fantasy 15.

She’s super cute, super handy, and lets be honest Noctis and the boys would be very much dead with out her help. Plus it’s also cool to have her as the Cid character of the game, even though there is a Cid in the game already.

Cindy is just likable and fun when ever she is on screen and brings a new feel to the games story. For a side character she is unforgettable and probably the most recognizable.

Now to the top 3! And starting this is Tifa Lockhart the girl that every single Final Fantasy fan knows. This spot could have easily gone to Aerith or Yuffie but Tifa just seemed more deserving.

Tifa is the main female protagonist in Final Fantasy 7 and is there the entire way to put up with everyone’s crap. As a character I will admit she has her weak moments but in the end comes out as a strong and well built character.

Her relationship with everyone is what really makes her grow, she kind of feels like the mom of the group after Aerith dies. And the fact she actually becomes a huge main in the story while Cloud is out of commission was a great thing.

Tifa will always be a fan favorite to everyone and known by most gaming fans in general. It’s hard to top someone who can hit so hard.

Now I may get flak for making Tifa number 3 and Dagger number 2 but I completely stand by it. This character is the definition of character development.

Dagger’s whole story is about being an independent character and she does it amazingly. When she hits the famous scene of her cutting her hair and solidifying that she is no longer Garnet but is Dagger is where she finally breaks into her character role.

She doesn’t need anyone to help her stand out. She does it just fine all on her own. 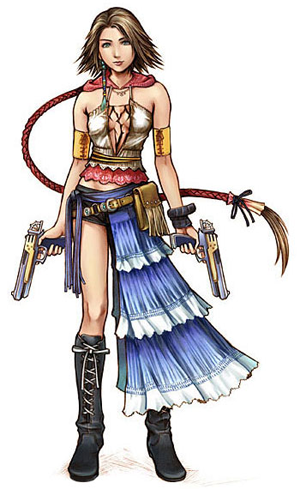 Number 1 is Yuna and she’s the most deserving of this spot. She’s the main female in Final Fantasy X and main character in X-2 and these games would not exist with out her.

You can pretty much take any character in a final fantasy and replace them with someone else and the story could work just fine. Yuna is what makes the story of FFX and X-2.

In X she’s a young girl with dreams of saving the world and following in her fathers footsteps even if that means giving her life. In X-2 she’s an independent woman who goes on a journey in hopes to find the man she loved and lost.

Her dynamic with all the characters is incredible and her performance within the story is unforgettable. The way Yuna is carried through out both stories of X and X-2 is done really well and shows how much she evolves through out the two games.

And even her design evolves where in X she’s a modest girl wearing robes and very conservative about everything she does. While in X-2 she opens up becoming more confident in her self and shows it through her attitude and physical appearance.

Yuna may not be the absolute best girl out of every Final Fantasy ever. But she is definitely one of the best and there’s no arguing that. 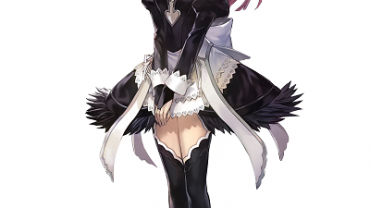