In a Transylvanian accent “I’ve come to replace your Lightning pull!”

No scarier words have been spoken, ever. And when you pull Dracu Lasswell you’ll be dreading that he made you another victim of his unquenchable thirst for mediocrity. Dracu Lasswell was the 5-Star rainbow pull you thought was going to be a great unit and wasn’t, and unless you like him for his looks he may just do the same thing 5-Star Lasswell does now; filling up a spot in your unit storage.

Nightmare Assault (Physical damage (2.2x), decrease ATK/DEF (40%) and ice resistance (40%) for 3 turns to one enemy), as far as signature moves go it’s not too shabby, it’s got a ½ strong break ability and an ice resistance reduction secondary effect, which is useful since elemental chaining Blizzaga is thing these days (and Dracu Lasswell has Blizzaga as well). But a unit just can’t be one ability, and Dracu Lasswell’s other notables of Black Mist (Dark physical damage (1.5x) and sleep (25%) with HP sacrifice (20%) to all enemies), Bloodlust (Hybrid damage (2x) and physical damage (0.3x) with HP drain (100%) to one enemy) and Bat Form (Decrease likeliness of being targeted (65%)) are underwhelming.

Bat Form would be more useful on a character that already couldn’t wear heavy armor; Black Mist has HP sacrifice as part of the spell cost, making it a steep casting cost without proper support, and Bloodlust is just a gimmicky hybrid self heal.

It’s not all bad though, while you’re pulling the gatcha for units, odds are you’ll get Alma with her better Lordly Robes since she’s a base 3-Star unit, than Dracu Lasswell since he’s a base 5-Star unit and is much harder to pull.

Dracu Lasswell is a 6-Star unit with 6-Star unit stats, if you pull him he’s worth leveling unless you already have better units, which I doubt most people do, but just like regular Lasswell he’s underwhelming in many ways, and will soon be replaced by better units. His ability to be on any “Best List” is going to be short lived; might be okay in very niche circumstances later on due to his elemental based attacks.

Verdict: Don’t pull the gatcha looking for Darcu Lasswell, if you pull him on a daily, then he was a ½ price 6-Star unit which makes him okay, otherwise he’s just not worth it unless you really really like dark brooding guys with long hair and fair skin that sparkle in the sun. Well he doesn’t even do that. And if you have an Alma he won’t even make in on your trust farming team. Sorry Dracu Lasswell, didn’t mean to wake you up from your centuries of slumber, you can go back now.

Dracu Lasswell has -25% Fire and Light resistance, has +25% bonus resistance to Sleep and +50% to Dark Resistance. Dracu Lasswell is neutral to all other elements and status effects.

A knight of the Kingdom of Grandshelt who was raised alongside Rain by Rain’s father, Sir Raegen, who also trained Lasswell in various skills. Out of respect for everything he had been given, he has a tendancy to worry about Rain and his wellbeing, though he seems to be hiding some dreams and hopes of his own. His beloved sword, purple lightning, is the last remaining connection he has to Sir Raegen. 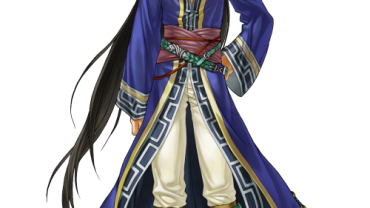