A big thanks to RoninCZ for the information in the video above.

This guide is going to go over ten tips for Aurora Legend on how to increase your power in the game. 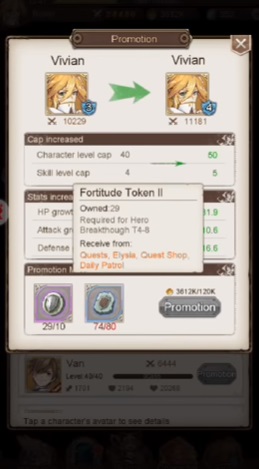 In order to Promote your character, you will need tokens and there are three kinds of tokens. There are Speed, Fortitude, and Arcana tokens and each are for different types of characters.

The small blue number on a character is the level of Promotion they are. Promotion increases many stats as well as the stat growth for things like HP and Attack.

A lot of people ask which to do first out of Promotion and Awakening and the answer is Promotion. It’s easier to do than Awakenings and it lets your characters level up more.

For Awakenings you need shards that you can really only get through Jigsaw events, Co-Op games, or summoning a lot. So it’s a lot more difficult to do Awakenings so Promoting your characters is better to focus on before Awakening. 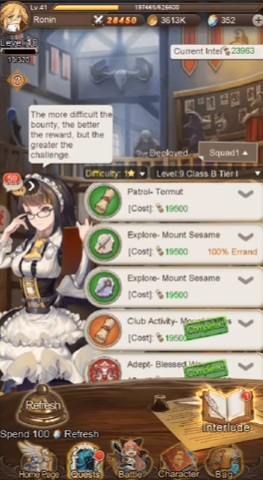 Quest Types are important because of the rewards Quest Types give. There are four kinds of quests otherwise known as Bounties and there are Green, Blue, Purple, and Orange.

Now, Purple and Orange bounties are the quests you want to do because they give really good loot or extreme amount of gold and experience. Another thing is that you get three free quest refreshes per day and you want to make the most out of those.

As you know it takes a long time to get a lot of intel when you get to upper levels. You don’t want to waste that intel on green or blue quests you want it for Purple and Orange.

The Orange quests have a high chance of dropping almost every type of character shard, high-level equipment, and level 2 tokens which you’ll need for higher level promotions. And sometimes you could even get mythical equipment as well.

Overall, you do not want to waste your intel on anything but the orange and purple quests. 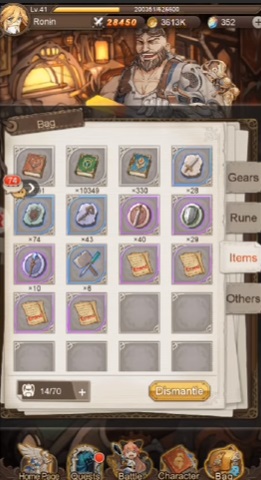 Now, there are two main types of enhancing and the two types are Gear enhancing and Rune enhancing. Gear is the equipment itself and Runes are the sockets.

Enhancing is really important because it increases your power around +50-+75 per gear enhancement. And Runes are just as important cause they give around +100 to your power.

Runes are really easy to enhance as well. All you do is select the Rune to upgrade and all you need is up to three of the same Rune and it will combine them to increase the power. 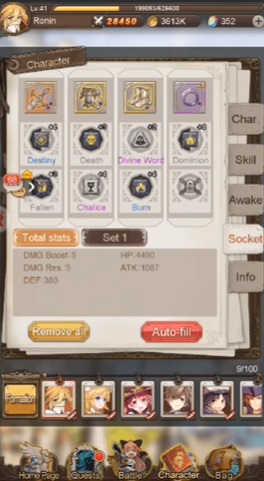 Another thing is the Novice Drill. The best way to get these is to visit other players worlds and select one of the quests. Novice drills are important because they unlock socket slots for your Runes.

The more sockets you have the more Runes you can use. And Runes are powerful because they’re what increase your character’s power the most.

You really want to use the drills on Yellow and Orange gear only. Otherwise, it may end up being a waste on other gear in the long run. 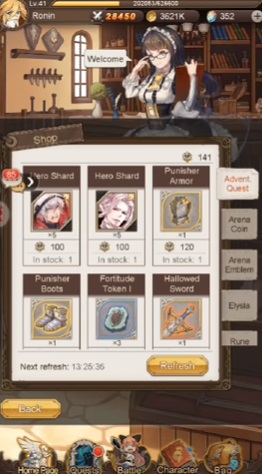 Novice Drills are available in the shop sometimes but there are also a lot of other good items as well. What you want to buy first is anything in the Mystery Shop.

Buy anything you can that lets you use gold because it’s easy to get and it’s not a very important resource yet. You will always have gold in some amount so it’s beneficial to use it when you can.

When it comes to things that don’t use gold I suggest saving it for Orange gear or a hero you really want or need for awakening. 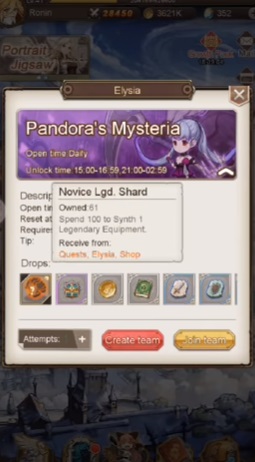 Elysia is probably the most overpowered way to get equipment in the game. You can get large chests from playing through Elysia and they give great items.

You can get orange shards, Elysian emblems which are used in the shop, as well as experience books and other good items. The amount of good items you can get from Elysia is crazy and extremely beneficial for players.

Though I would wait to do Elysia until your power is between 15kk-17k unless you have really good heroes on your teams. You want to be prepared because if your team isn’t strong enough you’ll be wasting your supplies if you lose. 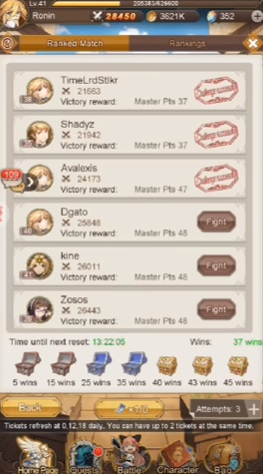 You can get around 70 crystals for free, various types of emblems, betting coins for the championship. And you can also get some other types of crystals from chests as well.

It’s pretty easy because the Arena in this game is very friendly because most of your matches are against people with lower power than you. And free crystals is very good in this game because you can use them for so many different things. 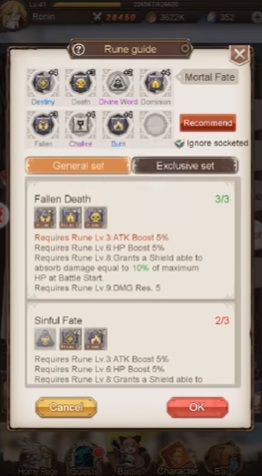 By having a full Rune Set it basically gives you a better boost depending on their level. And as you increase them the number of boosts you get will increase and become even better in the long run.

There are also Exclusive sets but they are very much end game materials. 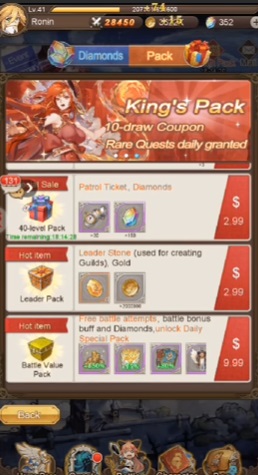 If you’re free to play player then this may not be for you. But if you were to make purchases you should use them on the packs.

The packs give good items and that can give you a big step toward a lot of things in this game. There are cheap ones and a bit more expensive ones and it’s all about personal preference whether or not you want to go this route.

10. What to do before Leaving the Game 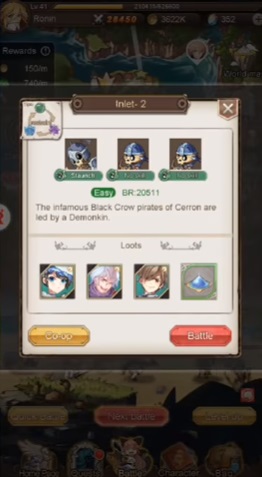 What you need to do before leaving the game is going to the map, world map, Elite, then hit one of the colored stars. The reason why is because you’re gonna hit battle because these Elite battles sometimes drop stars without having to Co-op the stage.

So when you come back in the game you can come back to having bonus shards. So it’s a good thing to have going when you’re in-between game sessions to get a bit of an extra reward going.