There is always a constant barrage of iOS and Android games coming out and in this list, we sorted through the best that came out in February. This list only covers the paid games that were released.

Game Dev Tycoon is the kind of game that’s becoming a big thing. There’s more than one game like this like game but this is the full PC Experience from the game developed and released in 2012.

In a way, it’s a little less of a mobile feeling title but in others, it is the original. It’s a faithful port, it plays well and it’s fun.

Earth Wars is a 2D action game, side scrolling with some pretty interesting enemy encounters, highly customizable characters, and a fairly simple premise.

But don’t let that simple premise set you off, it is really fun. It’s similar to a fighting game the way it moves but there is far more to it than that.

It’s a flexible fun game that gives you a wide experience for an arcade side-scrolling beat ’em up. Certainly worth a spin and one of the better games that came out this month.

Kitty Powers Love life is interesting. I don’t even know what to call it, it’s a city builder/kind of a dating sim but not really but yeah really.

I wouldn’t call the city building portion of it deep but essentially you work on pairing up couples within this city that you have the weird ability to plan and set up couples in. It’s really a bizarre game but if you like it it’s probably because you have a bizarre taste but it is an interesting game none the less.

Dig Dog Treasure Hunter accurately describes itself as a roguelike treasure hunting digging game. You run around a stylized world digging for bones and treasures while trying not to be killed by weird enemies.

It’s kind of like if Metroid was a treasure hunting game rather than an action game. It’s very stylized with a limited color pallet.

It actually has pretty good precision mechanics and because of that, it is important to note it is compatible with game controllers. Technically you could play it forever too.

Dandara is a Metroidvania with a heavy focus on gravity-defying platforming that will satisfy anybody looking for something unique in a platformer. This is not a randomly generated experience by any means. The level design is phenomenal.

For a Metroidvania, there are a lot of new ideas on display for the genre. And to put it best it’s literally going to take you away from the world if you’re a fan of platforms or anything that defies gravity.

The touchscreen controls are great but you can use a controller if you want. The combat and movement is great and it’s really just a good game you need to check out.

Bring You Home is a color and beautiful platforming game. Though the graphics are wonderful the real attraction is the mechanic.

Instead of playing as the protagonist you play as the actual level. You have control over the level itself and have to make your own path for the character to get through.

And if you enjoy rather morbid things then you can always take your character down the wrong path if you wish. I really enjoyed how open-ended this game is in allowing you to enjoy it.

They don’t try to limit you to any style of play and let you go about it as you want. It really comes together as a humorous, beautiful, kind of sand boxy puzzle adventure game.

Pako 2 is an arcade driving game that puts you in the shoes of a heist getaway driver. Which means you gotta pick up a group of criminals from the location of their heist and try to get away.

It’s very arcade-oriented so you can probably predict how to plays but it does it every way. On top of that, the art style and color palette look great and it has a killer soundtrack.

This is a game that’ll weird you out with all of the little details. There are tons of these things that’ll make you think “Why did they even do that?” It’s a great little arcade game and you will love it.

Dragon Lapis is a very old school JRPG style game and when I say that I don’t mean that kind of knock-off we always see. I mean both a sort of Homage as well as some actual development.

Where a lot of the action mechanics are right out of a mid-90s square game. It takes a lot of the good stuff from a lot of different games and puts it into one.

For instance, it has a job system as well as a growth system which allows a level of customization to the characters that really brings something to it that wasn’t there in the 90s. Without really messing with the experience.

If you’re a fan of the old square games or dragon warrior and don’t want any freemium bs clogging up your JRPG experience then here you go.

Florence is an interactive storybook from the lead designer of monument valley about a young woman named Florence whose stuck in a routine that gets in a relationship that makes her life more interesting. Now it’s not so much of a story as it is told through mini-games.

It’s an effective way of handling it and making the game a lot of fun and varied in experience. It’s a unique game that is worth a try.

Alto’s Odyssey is a sequel to Alto’s Adeventure and a game that builds on the originals very high quality base line. Expanding on a lot of the ideas that made Alto’s Adventure a worth while endless runner as opposed to just another one.

There are four different themes of mountain that Alto runs down and let’s just say they’re all beautiful. Everything about this game is so much prettier than an endless runner has any business being.

They added some new moves such as a wall ride and basically does everything you need to do to create what I would call a graet sequel. It builds on the original game, adds some new mechanics, tightens the design, and the visuals are on a different level. 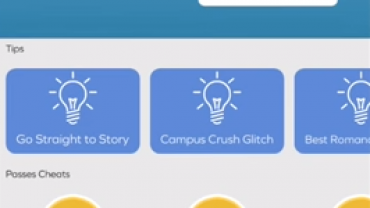