Think of Gaffgarion as FFT’s version of FF4’s Dark Knight. As such Gaffgarion has a lot of dark centric and gravity based attacks, which if the needs arise they can be quite devastating, but it does make him a niche character at best. Let’s hope you don’t make a gaffe by bringing him along.

Bracer (Type: Accessory, Stats: ATK+30, HP +15%) is strictly speaking better than a Hero’s Ring on a physical DPS unit and pairs better with Doublehand than with Dual Wield, but a few months from now as inevitable power creep takes comes into play Bracer will be a forgotten relic of days past, much as how Hyper Wrist is now.

Gaffgarion like many of the FFT 5-Star character is a niche unit. His abilities may be quite useful early game and he may make a great unit for player just starting out, but as the game progresses his abilities become increasingly wasted as more and more monsters become immune to gravity and get resistances to dark attacks.

Gaffgarion will be a good unit early game, but as it progresses he will spend more and more time not being used. If you don’t have better Trust Master Rewards to aim for Bracer is okay. Okay stats, okay Trust Master and niche abilities make him an easily replaceable unit.

Gaffgarion is neutral to all elements and status ailments.

Gaffgarion can equip 4 weapons and armors.

A mercenary who appears in the tales of holy stones known as auracite in the distant world of Ivalice. As tensions ran high due to the outbreak of war, Gaffgarion was hired by the Order of the Northern Sky to protect Princess Ovelia en route to Eagrose.

He had in fact been division commander of the Order of the Eastern Sky during the Fifty Years’ War, but was expelled for the barbarism he employed to ensure his final victory. Now he serves as a superior to his comrade Ramza, who has renounced the name of his noble house. 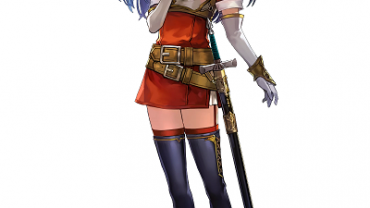