Welcome everyone, to the Final Fantasy Awakening tips and tricks guide. This guide is designed to help you understand the basic mechanics of the game and further yourself with helpful tips. 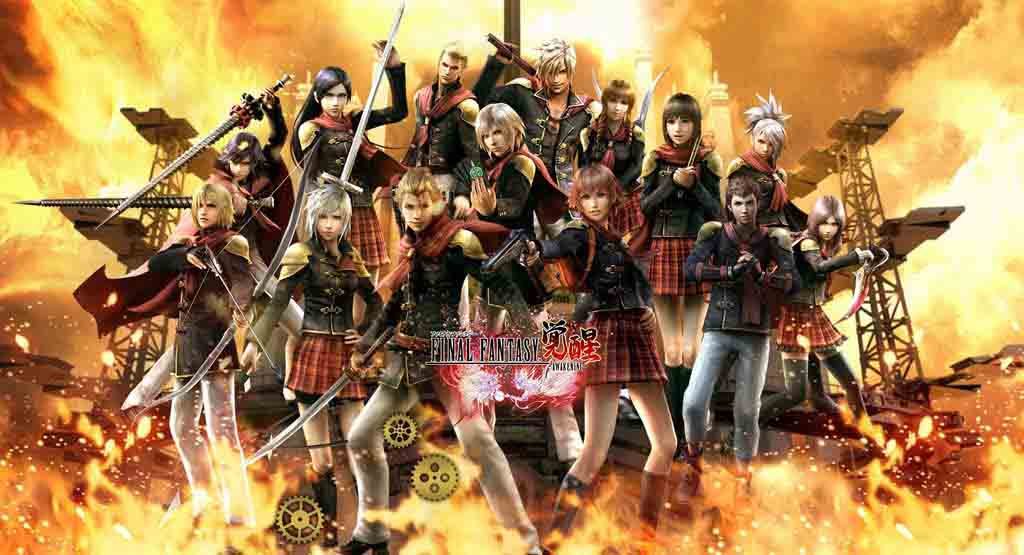 Final Fantasy Awakening is an ARPG (Action Role Playing Game) set in the world of Final Fantasy Type-0. You take control of your own character and go out on missions set to a story made specifically for the game.

At the beginning, you’re given a choice between 3 different classes for your character. After selecting your class you’re sent to the character creator and then to the tutorial.

The game begins in the main mode of the game which is an action style segment. Similar to games like Marvel Future Fight, you move your character around with the left touchpad.

On the right, you have your characters basic attack and skills that they can do. This is the main mode of the game that most of your time will be spent in. 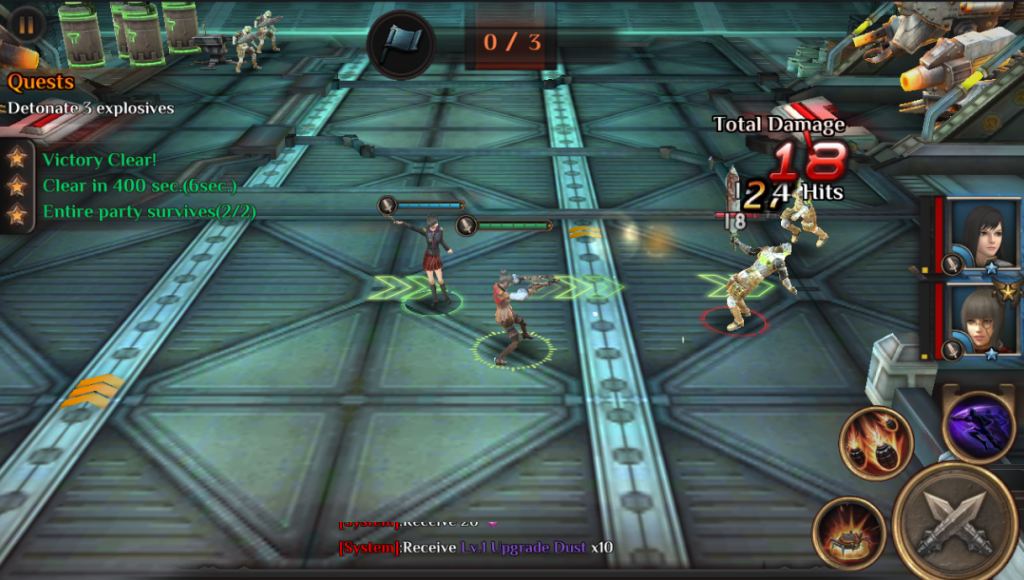 Being an Action RPG, the “Action” part is played up very heavily in the gameplay giving you a lot of free range on how to move your character and use them in a fight. It’s very Hack ‘n Slash so the fast pace will be appreciated for fans of the genre.

Once you finish the first prologue tutorial you’re brought to the main hub world of the game. This is where you can move around freely to do things outside of battle in the game. 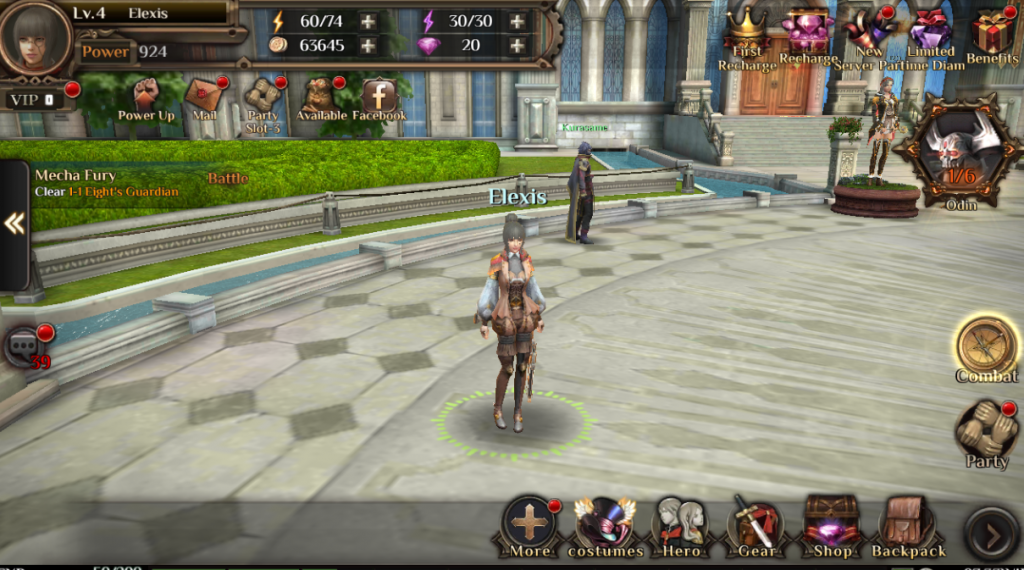 Once you finish with the tutorial basics you’ll be sent into the story of the game that you’ll follow through for the majority of the game. Being a Final Fantasy game the story is a big part of it and it’s a good one too and definitely worth paying attention.

When you’re able to progress freely you’ll be able to select what mission you do on the map screen. The map screen shows all available dungeons and the levels in each one. 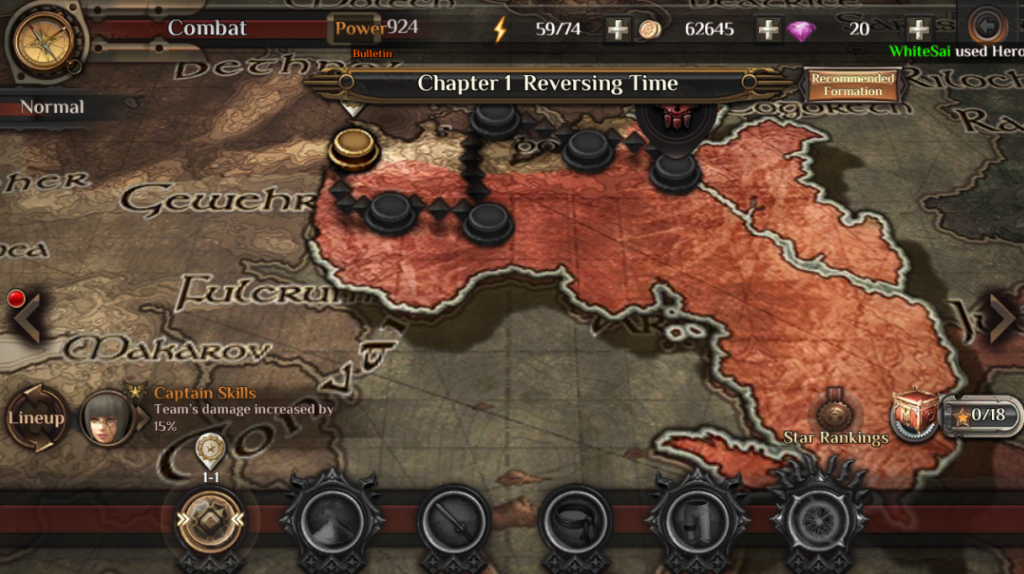 Progression in this game isn’t tough since it goes on a story track but it does jump in difficulty in the later levels. So properly equipping and leveling your characters is a priority.

Another important note on characters is making sure their skills are leveled. Character skills are going to be your best form of dealing damage to enemies.

So making sure they’re high in level ensures they’ll deal heavier damage. So always be sure to level up your skills when given the chance.

To level skills, it takes gold which can be gotten through playing levels. Gold buys a lot of things in the game but skill levels are one of the most important ones. 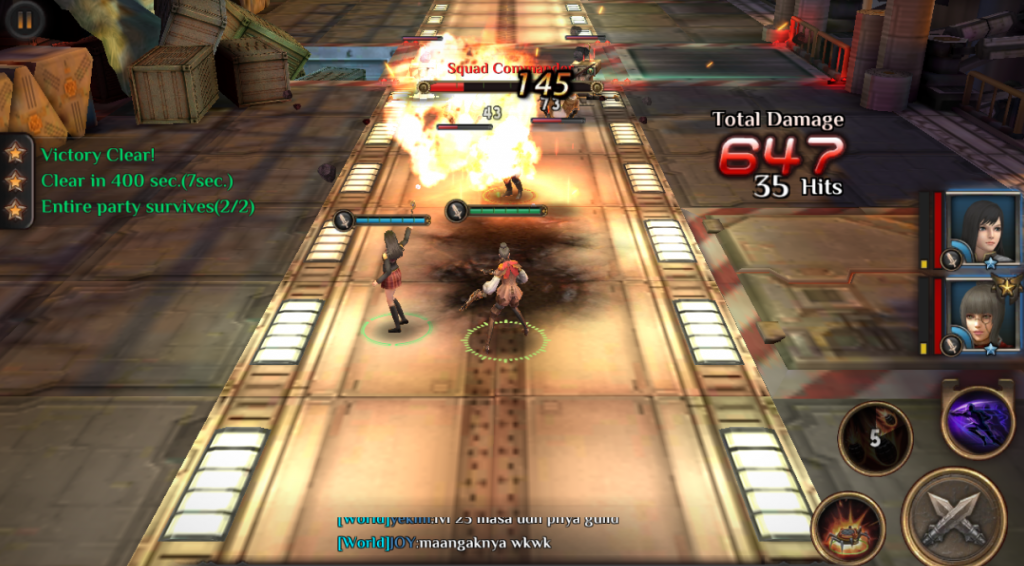 The gameplay style of Final Fantasy Awakening will be familiar to anyone whose played hack ‘n slash games before. So having that familiarity will be helpful, but if you’ve never touched this genre there area few things that would be helpful to you.

First thing is to time your character skills for usage. Every skill has a cooldown on it so once you use it you have to wait a small amount of time before using it again.

In the early levels, you can just spam all your attacks wildly and end up making it through the stage. But as things get more difficult this method will start to become less useful.

Learning to time your skills during a fight is a key mechanic to become proficient. Some characters have heavy hitting single target attacks that are great for damage bosses so use them on bosses instead of the mobs.

Save the area skills for mobs like the Gunners grenades. Use the skill then follow up with your basic attack instead of rushing into another skill.

There’s nothing really lost other than time in between skills so mixing and matching your own combo’s is definitely possible. But against boss characters or harder missions its better to learn which skills string together better than just spamming them all one after another.

Characters also have ultimate moves which deal heavier damage but they have to build up slowly over time. These are definitely worth saving for boss characters. 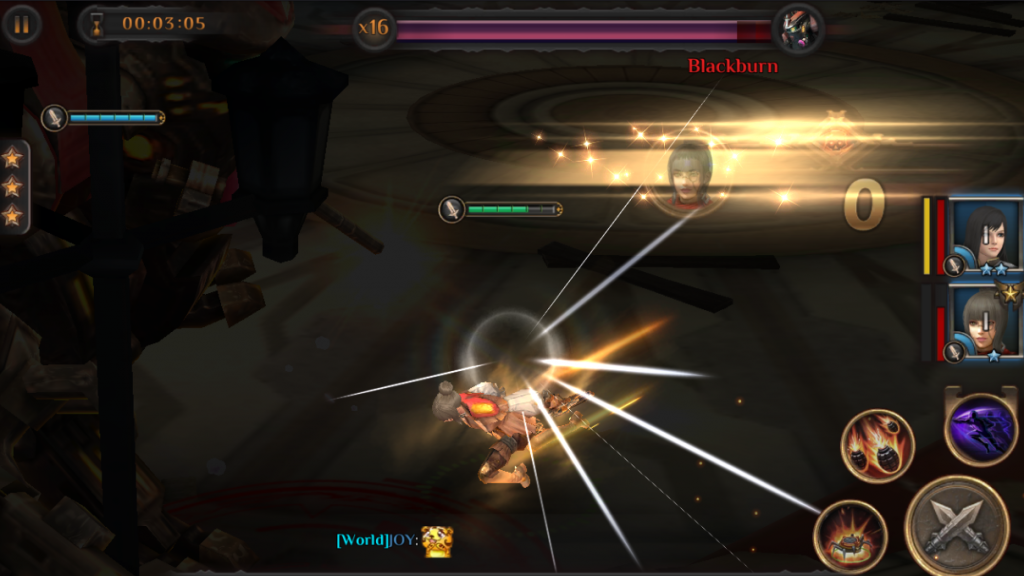 There is no point in wasting your ultimate on mob encounters if there’s going to be a boss during the stage. Your ultimate builds up while you attack enemies so getting as much damage in as possible is important.

Knowing when to use your skills and saving your ultimate are probably some of the more important basics in this game. It’s easy to spam attacks and wildly swing away at enemies to get far.

But you’re going to go nowhere when the game gets harder if you play like that. So in early game practice skill combos and building your ultimate gauge for bosses and it will all pay off. 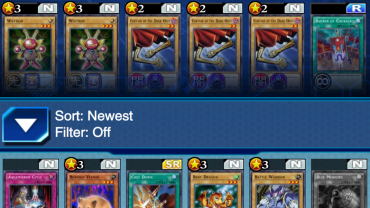