Welcome to the Naruto Shippuden: Ultimate Ninja Blazing Multiplayer Guide! Come learn all the things you need to know to have a good time while playing multiplayer, this involves setting up a room, mission difficulty levels and how to use multiplayer to farm for pearls.

The benefits of multiplayer are plentiful in Naruto Shippuden ultimate Ninja Blazing. Not only does this allow you to get help passing a difficult mission, it’s also a neat way to keep you interactive with the game by making you feel like you’re a part of a real team because of the real players. You can also collect Pearls by playing multiplayer, more about that at the bottom of the guide.

There are a few ways you can go about doing this, you can either go through the story mode and start a mission through “Join this mission in multiplayer”. Join this mission in multiplayer is the section that allows you to join a room and play the game co-op with friends. So make sure you’ve been adding people to your friends list to get any benefit from this feature and you have their room # ID. 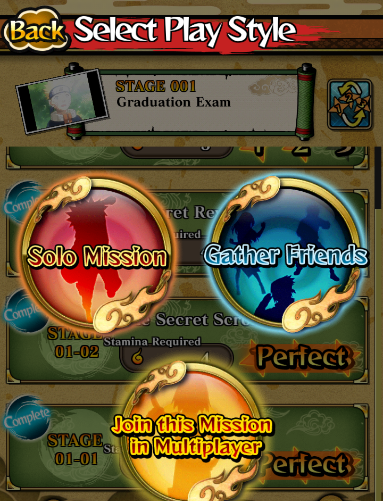 Going through “Gather Friends” is the section you use when you want to have other players join you, trying to play through the stage that you select. Being the leader of the room, it’s up to you to start the game. This is my preferred method of multiplayer as it allows you to save time and start games as soon as they are full. This is also how you can play privately through a missions by creating a private room. You can also go through the Join Multiplayer button if you don’t want to host a room yourself.

In the multiplayer lobby you will notice each of the stages that other people are currently trying to complete, make sure you pay attention to this when selecting a room. Much like playing alone, if you go into a higher difficulty stage, and you aren’t prepared for it you will wipe and cost your team the map.

Some people may use a pearl or two, to retry the stage on important missions like the Raids but generally, most people will not. So make sure you have your two Ninja’s set up before hand. A strong DPS and a Healer is what I would recommend starting out to cover your bases.

You might find yourself short of Pearls, which normally only come through logging in daily, or completing a chapter of the storyline. However, for up to 100 pearls (currently. This may or may not change in the future) can be earned by playing multiplayer. It doesn’t matter which stage you play.So the best method of farming pearls with multiplayer is to go to the easiest stage available, either by going to the join multiplayer room and joining someones game. 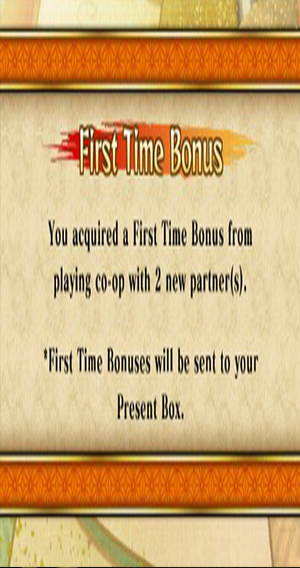 Anything on chapter 1 is ideal or by making your own room, which is a bit quicker. The first 10 times you play with 2 new players, you will gain 2 pearls per extra player for a total of 4 pearls per game. After your first 10 “new” players, you will only gain 1 pearl per new player. So it goes down to 2 pearls for game, for the next 90 earnable pearls. This is a great way to get some 30 pearl summons or single pearl summons.

It goes without saying, you want to be on your best behavior while playing multiplayer. No one likes being grouped with someone that isn’t pulling their weight or is out of their leagues. So a few things to keep in mind when you go to play multiplayer.

If you got anything that you think someone should know when playing multiplayer leave a comment below and help out your fellow players. 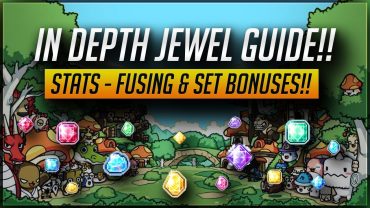