Be sure to watch the video above!

So this is going to be a guide that is designed to help you guys get those chicken dinners in the solo mode more easily in order to do that you gotta follow some tips. So I’m gonna be giving you guys all kinds of tips this episode.

I want you to pay attention hopefully you’ll learn something that helps you guys get those victories. So first, you want to kind of pick a spot that is not the heart of a big city like school or Pochinki or military base.

Fly just outside of one of those cities in this particular case we’re just to the west of Pochinki. I pick a little cluster of houses on the map and basically, I want that all to myself.

You notice on the way down I was looking around trying to find out is there anyone else here with me. And you know there wasn’t so I had this little cluster of five or six houses all to myself.

So be sure to look around and grab any gear you can. Vests and Medkits are best to look out for, any kind of automatic weapon if you’re lucky enough to find one.

As you can see we’re running away from that cluster of houses, and I’m looking at that two-story red house. I’m marking it to see how far it is away, and then because I can actually see it. I have a visual I always mark the next cluster of houses that I plan on heading to.

So we continue to run over to this two-story house, and I hear gunshots over to the left. I looked over with the red dot to see if I can see anything, but it’s just too far away.

I definitely don’t want to engage this far away with only a red dot sight so I decided to keep going and keep looting. We’ll see what we can find. I did I immediately find a compensator for my assault rifle.

That is basically to kind of reduce the amount of kick that it has so it makes your shots a little bit smoother. It reduces the recoil essentially for your guns, so it’s a really big thing to have especially on something like an AK.

Which I just managed to pick up so we have an AKM. We also have an M416 and we’re heading across the field here you see I have on single fire. I’m gonna change that about halfway through the field here as we get closer to the target.

Then we change it to auto and that is because if we do see somebody that is going to pop out of these houses or come out and challenge us I’m close enough to where I can pull auto spray them down, and I should be good to go.

But I had on single fire from long range because it’s much easier and more accurate to tap the single fire. So, when you’re out in the fields you’re going to run into little compounds that will typically have loot for you. 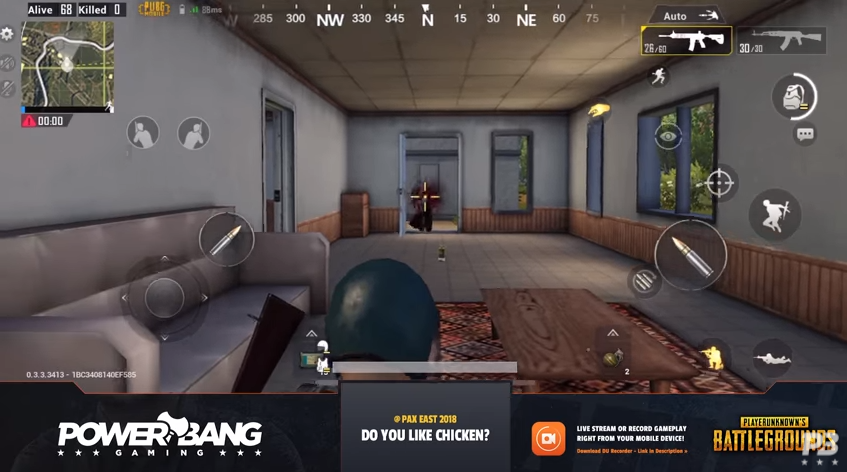 In the video, you’ll see another player enter the same compound but be taken out as we sit and wait for him to come through the door. Just staying quiet and waiting for them to come to you is one of the best ways to survive in this game.

So overall guys one of the biggest tips I can give in this game is to use the zone to your advantage. You always wanna be moving in a direction you think the zone circle is going to be going.

Typically staying inside of it near the edges is the best way to handle where you’re going to go. When the zone shrinks you’ll have plenty of time to get back inside of it that way by anticipating where it’s moving too.

While you’re looting if you can come across the AKM try to find yourself a scope. 8X preferably if possible but they are rare and can be difficult to find. 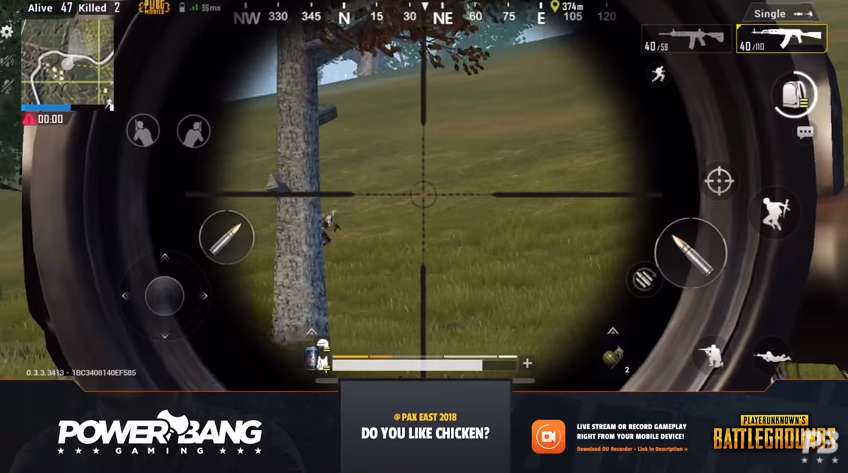 But having that attachment on the AKM makes a great sniping weapon. Headshots will down anyone who isn’t wearing head armor in one shot so it’s a very valuable weapon.

On the topic of attachments finding a silencer for the AKM is also a great addition to a scope if you can find them. Having a silent rifle for sniping can put you in a very good position for the mid to late game.

But you can also put the silencer on close range weapons like the M416. It’ll make it easier in fights where you may be at a group and you can take one out without the others knowing because your shots will be silenced.

It’s also good to remember that weapons technically have skills. Like the M416 is a great close-range and mid-range weapon in damage but has a pretty bad recoil and knockback and the single shot is decent for a ranged weapon.

But the AKM is a far superior long distance rifle and not nearly as powerful at close range as the M416. So all weapons have their own stats and skills that make them different for each player and what they might be good with or prefer.

As you get further into the game and the zone shrinks you’re gonna be running into other players more often. You really wanna make an effort to try and find medkits and bandages at any chance you get.

Keep switching you silencer between your close and long-range weapons to keep your bullet noises off the radar. As the zone gets smaller you wanna stay around at the edges.

The smaller it gets you’ll start seeing players running toward the zone and you’ll be able to pick them off. Best way to do this is to be prone, especially when out in the open.

When prone you’re harder to see and able to aim easier without being noticed. Something I highly recommend is if you know where someone is at do not fixate on their position.

Look all around you to keep your surroundings clean. You don’t wanna be focused on one player and be caught off guard from behind or the sides by another.

Once you get down to the last few players the way you play is going to change a bit. You’re going to want to be as hidden as possible whether through being prone in the grass or hiding in a building that’s inside of the zone.

Using grenades on surrounding buildings to check for players inside of them is a good method to either get kills from someone hiding or draw attention with the sound. When the zone is small it’s a lot easier to engage other players because of the limited space. 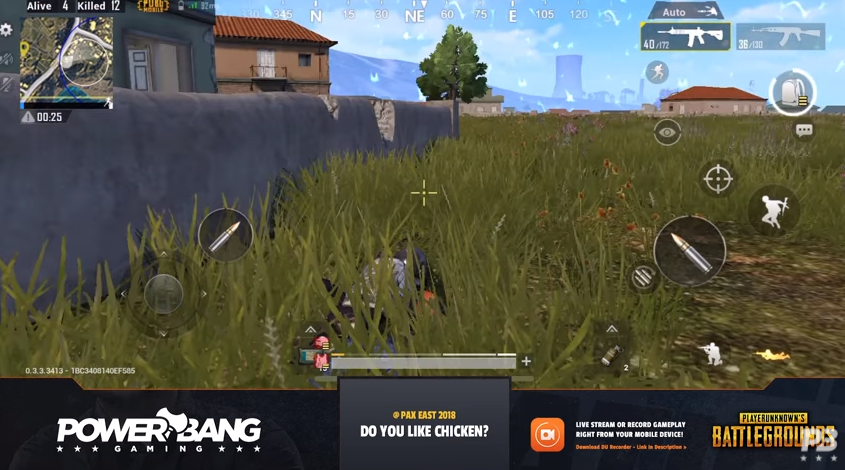 If you’re in an area that has a lot of grass or a building the best thing you can do is just set up and don’t move. Prone in the grass to stay hidden or find a bathroom with no doors or windows and just sit there with your sights aimed at the door.

As the zone gets smaller and closer it’ll force everyone in and most of the time take out some of the remaining few who don’t make it in fast enough. All you gotta do is position yourself to the center of the zone in the best place you can so you never have to move as it gets smaller.

By the end, you’ll be in the perfect place to pop off on anyone who comes your way trying to outrun the zone or find you. Stealth is a key mechanic in the final 4 of the game and it’s how you’ll end up winning it all. 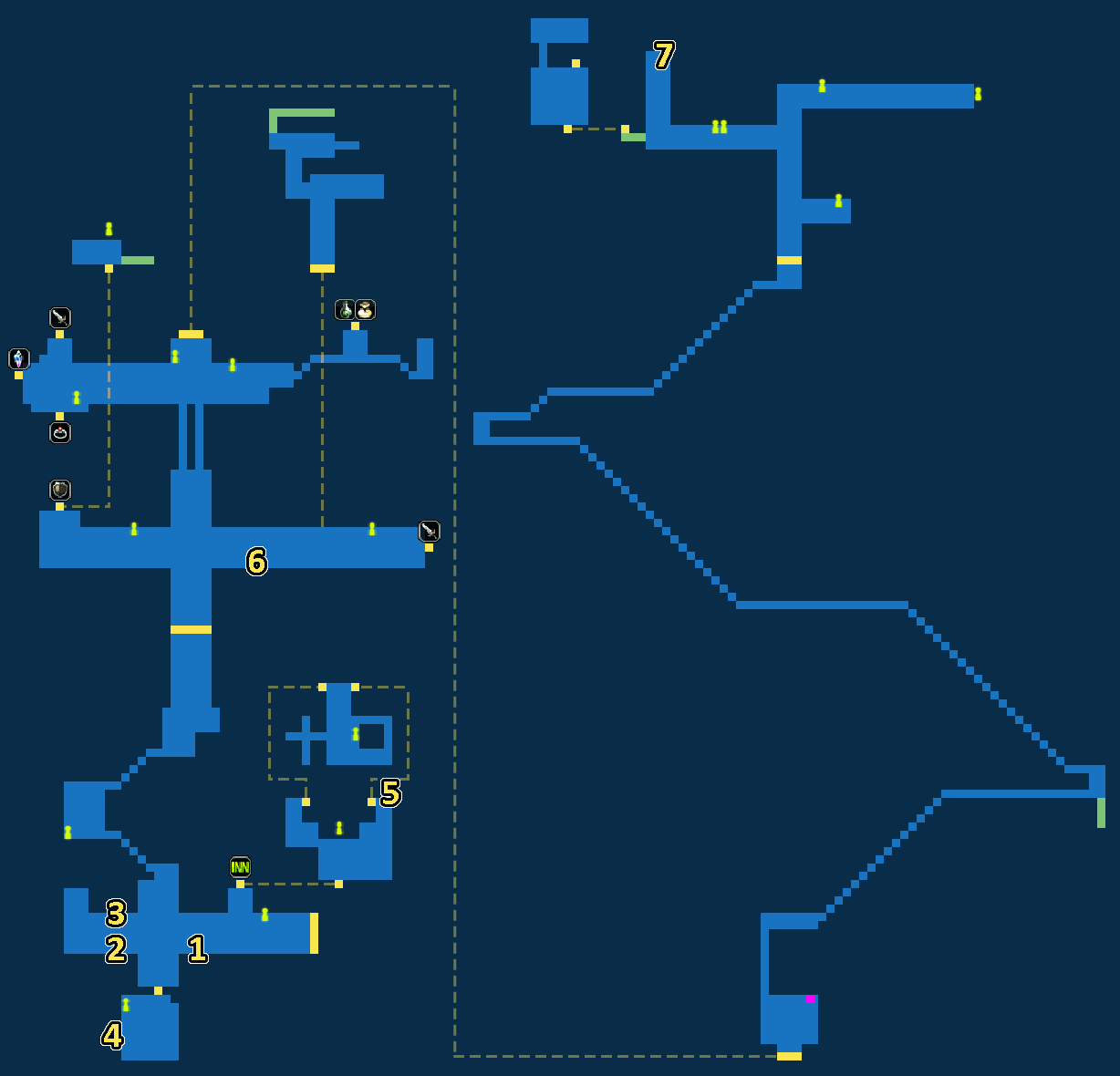