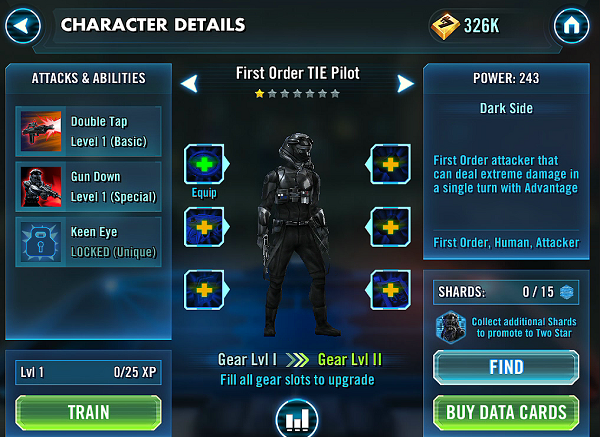 The First Order TIE Pilot is a very strong attacker. Let’s look at the brief guide and see what he has to offer for your team.

Basic Ability: Double Tap – Deal physical damage to target enemy with a 45% chance to attack again. This chance is doubled if First Order Pilot has advantage.

Special Ability: Gun Down – Deal physical damage to target enemy with an additional 40% chance of a critical hit. This chance is doubled if First Order Pilot has advantage. (4 Turn CD)

Unique Ability: Keen Eye – First Order Pilot has a +15% Critical Chance and +20% Critical Damage, and gains advantage for 3 turns whenever an enemy falls below 50% health.

The First Order TIE pilot is a late game character, but he is very strong, especially with a First Order squad. He deals high single target burst damage and hurts even more if the enemy has less than 50% health. He fits into the glass cannon role quite well. Quite fragile with low hp but hits like a truck.

He is best paired with a First Order team that includes Captain Phasma(Leader), First Order Officer, Kylo Ren, First Order Stormtrooper/Healer. You will deal lots of “off turn” damage. It is very OP. I have gotten destroyed by this team before in the Arena. 2 of my characters died after the 2nd turn. It was brutal.

However, he is hard to farm and you won’t have the luxury to get your First Order team going until the later stages of the game(50+).

Verdict: Upgrade other characters first. Leave him till you can farm shards for him. 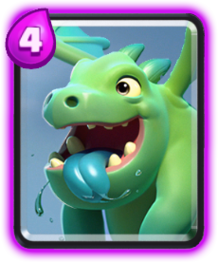