Welcome to the Maplestory M tips and tricks guide. This guide is designed to help you understand the basics and mechanics of the game and also get you further in the overall game. 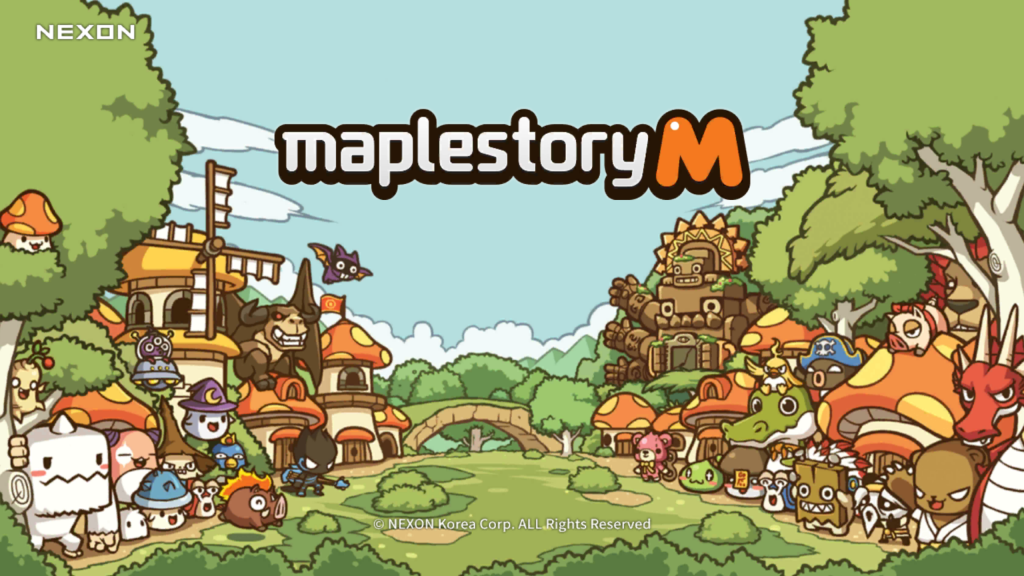 It’s a 2D Sidescroller where you make your own character and fight monsters to level up. Old school traditional beat ’em up rules.

There is an Auto-play function which is very good for a game like this because grinding is a thing. Being based off an MMO, grinding is kind of a must. 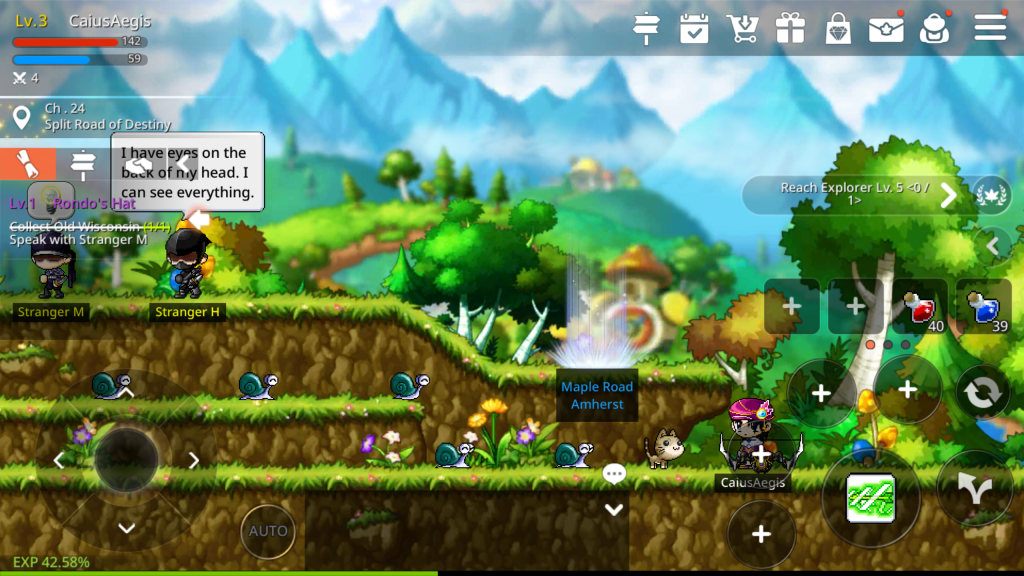 Though it’s best to not use Auto-play during quests simply because the A.I can make them last longer than they need to be. Auto-play and auto-battle definitely have more of a use in the late game around level 85.

There aren’t as many quests to focus on for leveling so just auto-playing everywhere works. And auto-battle comes in handy against some of the late game bosses.

Auto-battle is particularly good when dealing with dungeons. Mostly Mini dungeons and Starforce fields, both of which are part of the six current dungeons available.

There are Daily Dungeons, which gives you EXP and Gems(not the currency). Elite Dungeon, this is where you’ll get most of your loot and upgrades and also epic equipment in the late game.

Mini-Dungeon, Gives you EXP but is kind of useless compared to Starforce. Mu Long Dojo, which gives you Mu Long specific items.

Nett’s Pyramid, good for getting really rare sets of equipment and golden leaves. And lastly, Star Force Field, The best place for EXP/Meso farming and you can access it as much as you want. 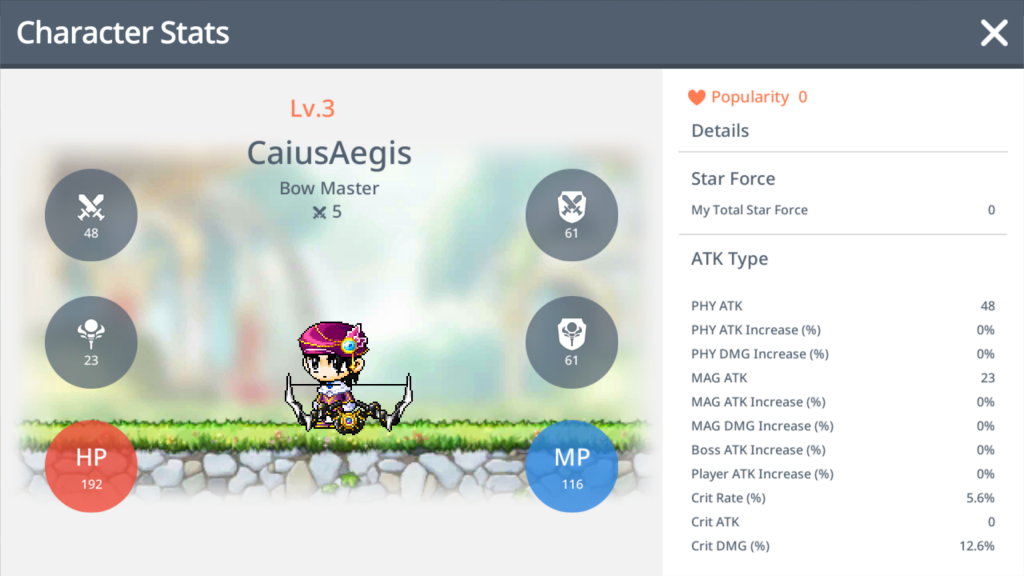 A lot of the progression in this game is based on the currency you obtain. Meso and Golden Leafs are the main ones you come by (not counting gems since that’s mainly for cosmetics).

Meso is the main currency and you should have no trouble having any of it. You get Meso from doing most everything in the game so it’s not something you’ll hurt for.

However, everything in Maplestory costs something and it can be expensive. So don’t blow all your Meso on anything you can, definitely manage it and only buy things that are going to benefit you.

Weapon and armor enhancements are something you’ll use a lot of Meso on in the late game. So having a stockpile of it by that point is a good idea.

Gold Leafs are a resource that is really rare to find and it’s kind of annoyingly difficult because of it. You need Gold Leafs to buy things that help you level up and upgrade your gear.

But because of how hard it is to get the Gold Leafs it makes them almost useless in the long run. They’re good for Occult Cubes which change the rarity of your equipment.

Equipment Powder and Armor/Weapon rank up stones are what you need to enhance your equipment. The only issue is, they are also kind of hard to come by.

You can get them through quests but eventually, that option goes away. You can also get them as rewards, with Gold Leafs, and in Elite Dungeons.

Another annoying part is that there are two kinds of powder, Weapon and Armor powder. And they are type specific so weapon powder only works on weapons and armor powder on armor.

That means you have to get powder for both adding to the time and effort it’s going to take to upgrade your gear. In the long run, it’ll be worth it but it is definitely going to be a time sink.

When it comes to equipment the best place to get it is at the trade station. It can essentially cut out the middleman of all the enhancement stuff depending on how rich you are.

The trade station uses Meso’s and you can buy Epic equipment making your job much easier. There are several different ways to progress in Maplestory M it’s just all about how you prefer to go about it. 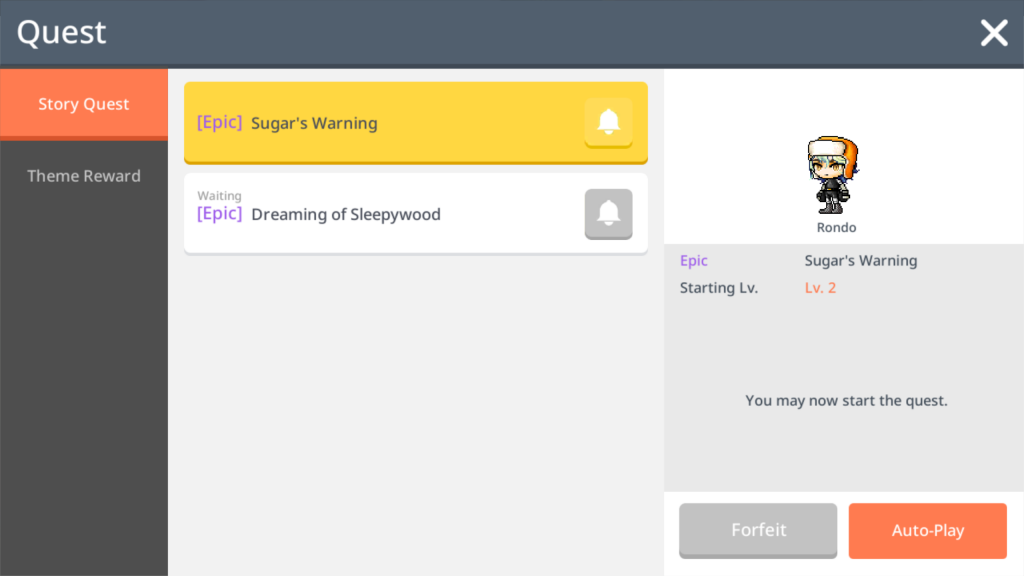 Maplestory M is not a difficult game at its core and understanding its mechanics comes easy. But knowing how to go about things from the start is a real helpful factor.

Quests are your bread and butter in the beginning and what you want to focus on more than anything. They level you up and they progress your character the best.

In the early game, you don’t have to worry about crazy good equipment just work with what you can get your hands on. All the powerful stuff will come later toward the end game when you’re high enough level to benefit from it.

A really good method, depending on your choice of character, is to start with a Bishop character. Once they hit later levels they gain an ability that increases EXP gain by 6% for you and any party members.

This will speed leveling up a bit for anyone involved with you while you play. And it adds an overall sense of utility as the character.

It’s not something you really need to dwell on but starting as a Bishop gives that extra helping hand later on. Quests are the point though, do all of them that you can and you will be set up nicely with little issue. 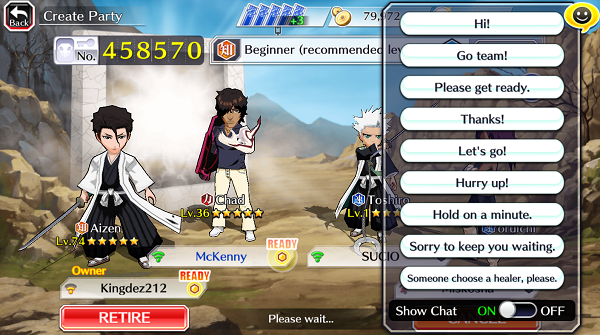