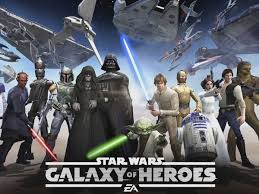 Star Wars™: Galaxy of Heroes is a game developed by EA. This is one of the better Star Wars games that is currently out in the mobile market. It has very distinct similarities with Summoners War and Elune Saga, which are turned based strategy games with the auto battle function.


With this being a turn based game, you need to find the optimal setup to fight against your foes. Each character has a health(green) and turn meter(blue). Each hero can use 2 abilities which can be used based but with a cooldown. The turn meter determines who moves next when it is full. A character with high speed will fill up the bar faster than slower ones.

You start off with very basic heroes and they can be upgraded as you acquire more resources. Other new characters can be unlocked by collecting specific shards for that character. You can get free cheap heroes, but to get the better ones, you will need to use the data cards, which can only be gotten via real money or in game from missions and quests. The chromium data packs are good if you get the 4X or 8X bundle since you get a small discount.

Here are the available currency in the game:

Stronger heroes require more shards to unlock. Below are the shard requirements for each grade:

For promoting characters, here are the requirements:

Keep in mind that credits will become more valuable as you progress to the latter stages of the game(35+). Character promotion gets expensive and the credits you gain won’t make up for it. So make sure to save credits for your best characters.

As for gearing your characters, you can do so by clicking an empty gear slot and equipment any available equipment found via quests, missions or from gifts. Higher tier gear is much harder to get and require that you do hard missions. You need all the sub components to craft the optimal gear you want.

Let’s go over some of the abilities that each character can potentially have.

It is important to find the best synergy to craft your team for maximum effectiveness. I will be expanding this section as I progress through the game. 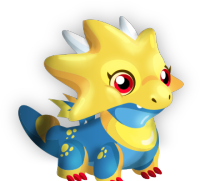