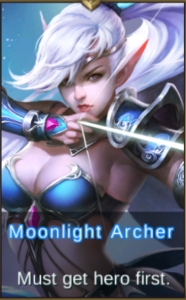 Miya is a great Marksman type with amazing offensive damage out put. Use her to take down both minions and heroes from afar.

Description: Each time a basic attack hits a target, the hero’s attack speed will increase 4%, lasting 3 seconds and stacking up to 10 times.

Description: Shoots a barrage of arrows towards an area, dealing 5 hits of damage to enemies. Each hit deals 50 pts of physical damage. The arrow storm will slow the enemy, and after 4 hits, the enemy will be frozen in place for 1s

Description: Use to remove all movement-impairing effects from yourself and become invisible for 1s. Also raise your attack speed 35% for 6s and raise movement speed for you and nearby teammates 45% for 2.5s. 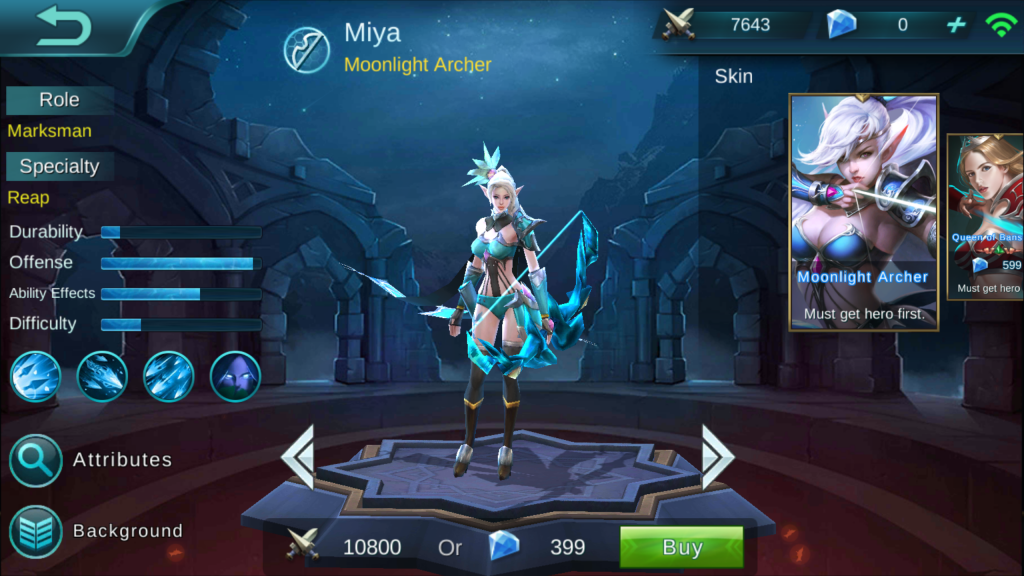 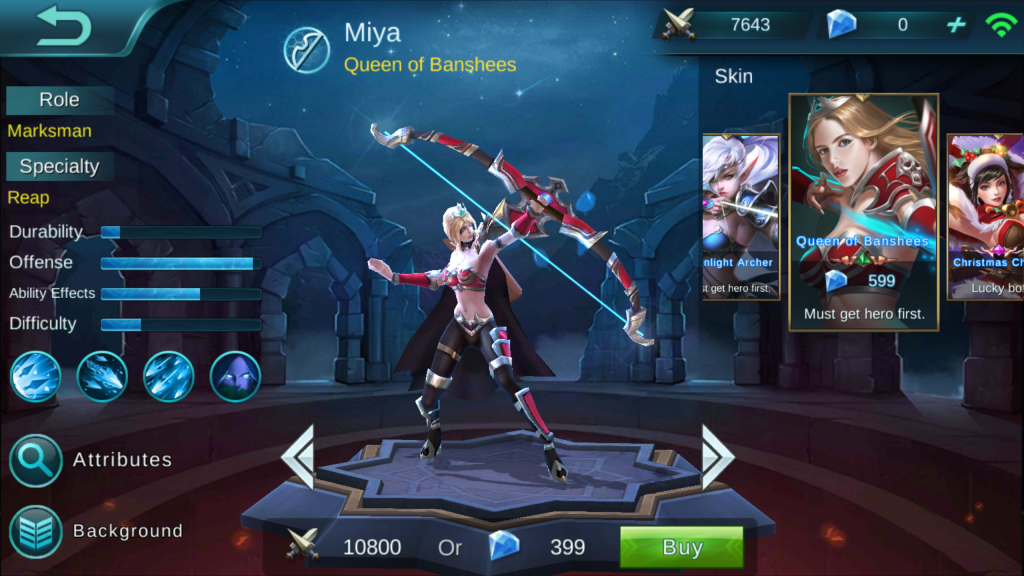 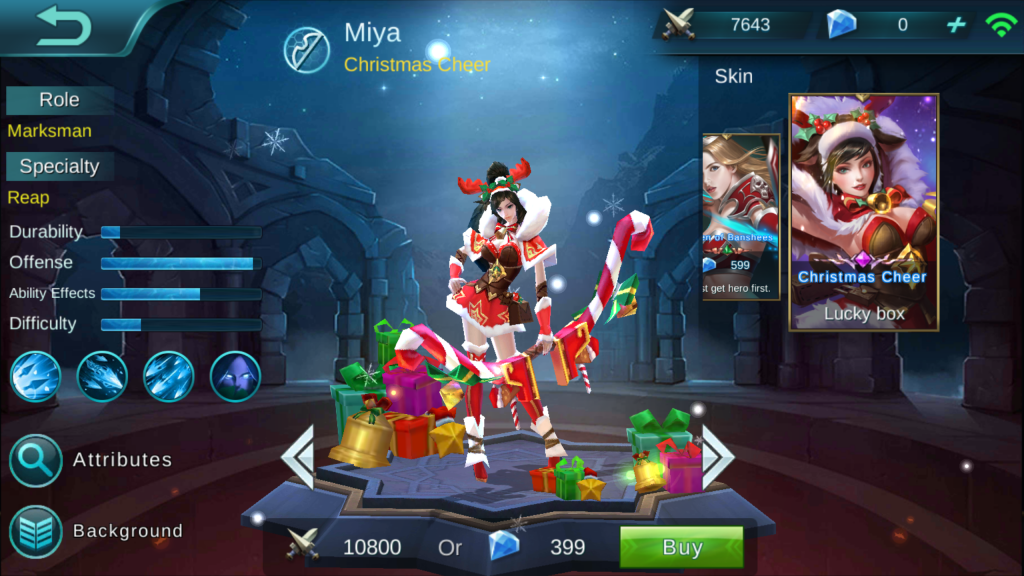 Miya was born in the Temple of the Moon and studied hard to one day become a worthy sacrifice to the moon god. But when the fires of war of the race of men and ores reached the moonlit shores of the moon elves’ lakeside habitat, Miya rose up and led forth her countrymen in defiance of foreign invaders. Despite their best efforts, Miya and her fellow elves were finally forced by the countless enemy horde to make a last stand in the Temple of the Moon. As Miya knelt in the center of the temple to offer prayers for one last time, just as the great army of men and ores were about to destroy this sacred place, a miracle occurred. The moon god answered Miya’s prayer and blessed her longbow with an ancient and powerful blessing. Miya grasped the bow and fired an arrow, which was transformed into an eagle spirit by the power of the stars, splitting the enemy army asunder. Miya led her countrymen out of the temple, raining showers of star-wrought arrows upon the enemy with each pull of her bow. Meanwhile her eagle hovered over the enemy, singling them out and attacking them. Like a falling tide, the humans and ores quickly started to retreat. Miya and her countrymen retook the shores of the Moon God, and the moon elves recognized Miya and her spirit eagle as the Moon God incarnated. The young Miya knew in her heart that if this problem was not stopped at the root, the wars would never end. With the Moon God’s blessing, she set out on a journey to the land of dawn, hoping to find a king who could bring peace and order back to this world. 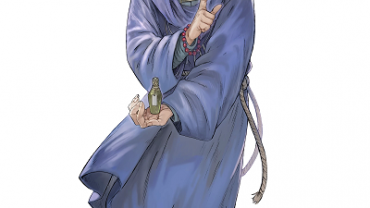