Welcome friends to the Power Rangers: Legacy Wars Tips and Tricks Guide. This is a guide designed to showcase the basis of the game and give some helpful tips on how to play and further yourself within the game. 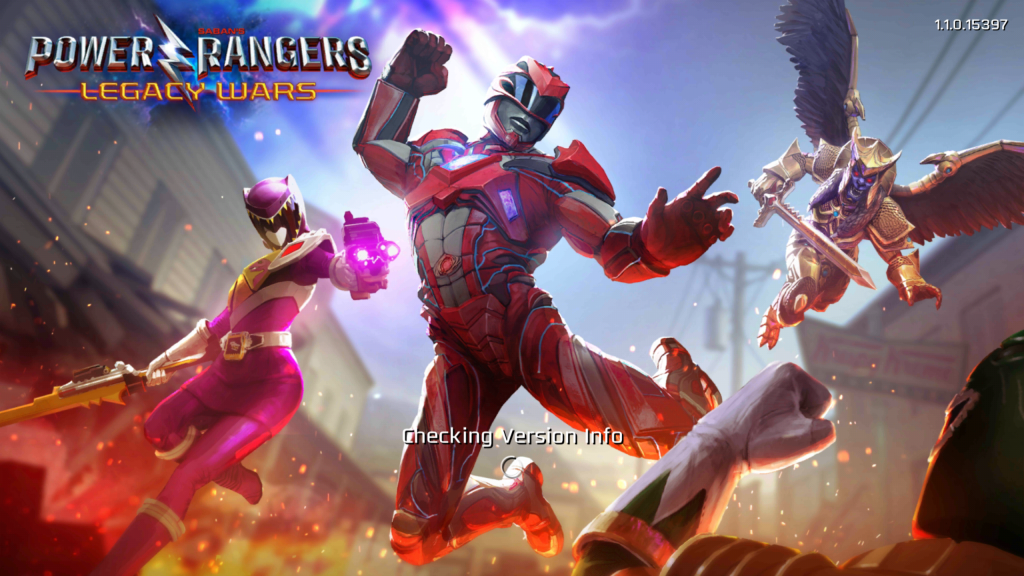 So Power Rangers: Legacy Wars is a pretty simple game that’s more about patience than anything. It’s based off of the popular 90s series The Power Rangers and the recent movie that was just released.

In the game you take control of your favorite Power Rangers and go into one on one fights with other players. It’s mostly PvP so if you’re a big online gamer this is a good choice for you.

The basic mechanic of the game is the arcade fighter style it takes. You have a side view of your character and you can swipe back and forth to have them move.

At the bottom of the screen there is a power meter that goes from 1 to 10 and that determines what attacks you can use. Each attack has a different cost to use so you wanna make sure you use your energy sparingly.

You also have assists which cost 5 energy. Assists are where you call in two other characters to do an attack for you and either deal damage or sometimes eat a hit.

The mechanics are simple and easy to pick up and the game itself doesn’t have much of a difficulty curve. However there is one major thing that the game needs in order to be played right. 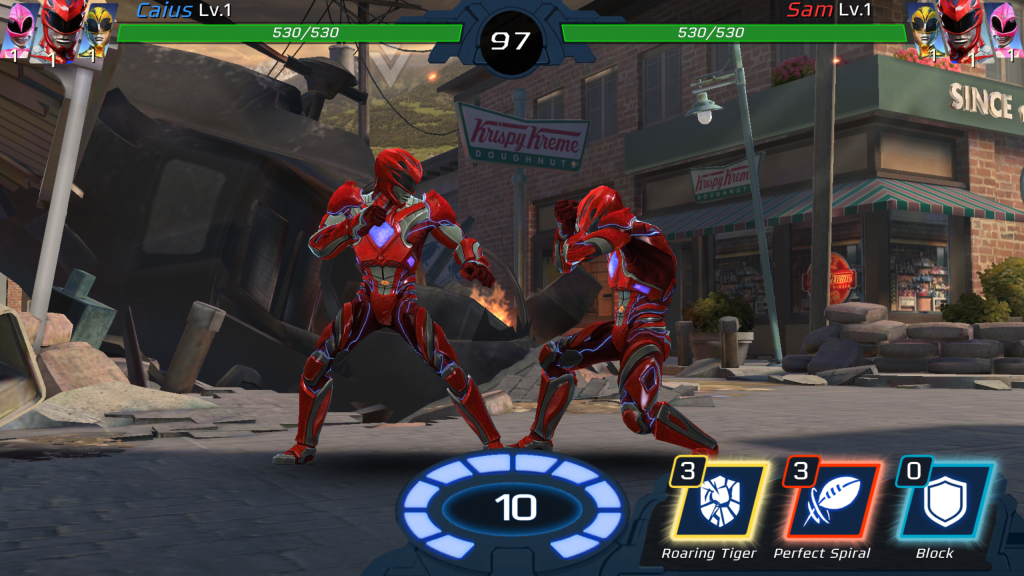 Power Rangers: Legacy Wars is a major game of patience. At first glance it doesn’t seem like it but as you play you’ll learn that speeding your way through a fight isn’t gonna let you win.

The way the fights are designed is each character has a kind of wait window after they use an attack. That’s to keep characters from spamming moves and linking together unbreakable combos.

Because of this wait time you actually can have a huge advantage if you know how to point it out and manipulate it. Between each hit the wait time is different and you have to pay attention to the time and what your opponent is also doing. 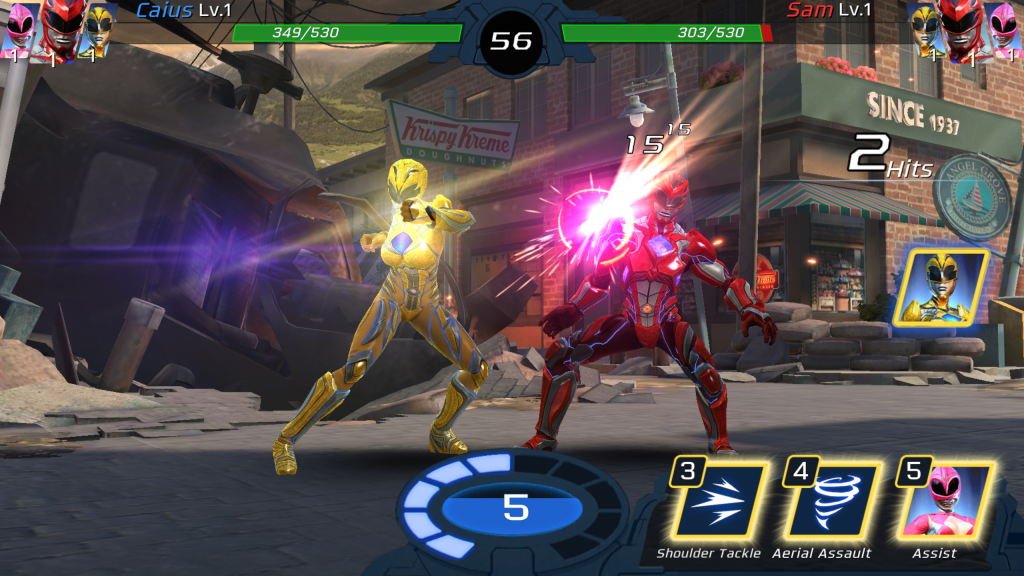 When you use an attack and hit the wait time begins as soon as the attack connects. From there you have two options once you’ve caught the wait time.

You wait it out and try to time your next attack so it hits before your opponents locking them in a loop of timing mechanics. Or if it’s in your attack bar use the Block attack when your opponent attacks.

The Block is helpful because it costs no energy and it massively lowers the damage you’ll take. So if you can’t get the hang of timing your moves through the wait time use Block to bait your opponent then attack immediately after.

One issue with the games mechanics is the distance of characters while fighting. You gotta be like right in each others faces to make any attacks connect unless your character has a ranged attack.

This mostly goes for assists and it’s a huge problem for them. Unless your standing right in front of your opponent when you use your assist all they’re gonna do is jump in and start swinging at air hitting nothing.

Again unless you have a ranged attack like the Pink Rangers energy bow. Those assists are fine this is mostly about physical attacks and assists. 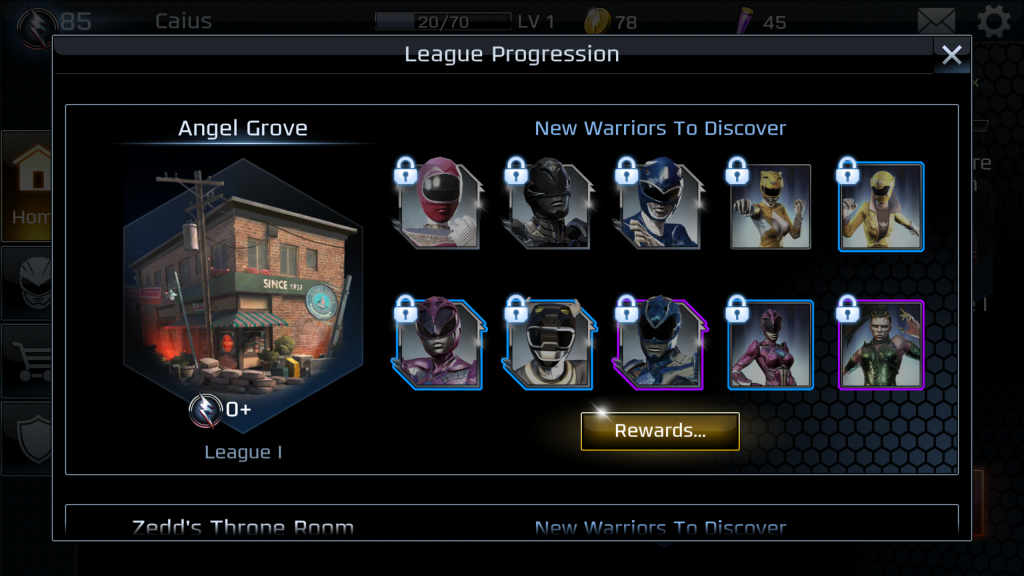 Outside of the battle mode, which is the main function of the game, you have two other things that are nice to do in the game. The first one is Leagues and this is some what explained in the games tutorial.

League’s are kind of this games level up system. The more you play the higher in leagues you’ll get and be able to unlock more Power Rangers.

The cool thing about the leagues is if you’ve ever watched Power Rangers then you’ll be thrown back into nostalgia with some of the places and characters. Anyone whose watched the show will recognize some of the names. 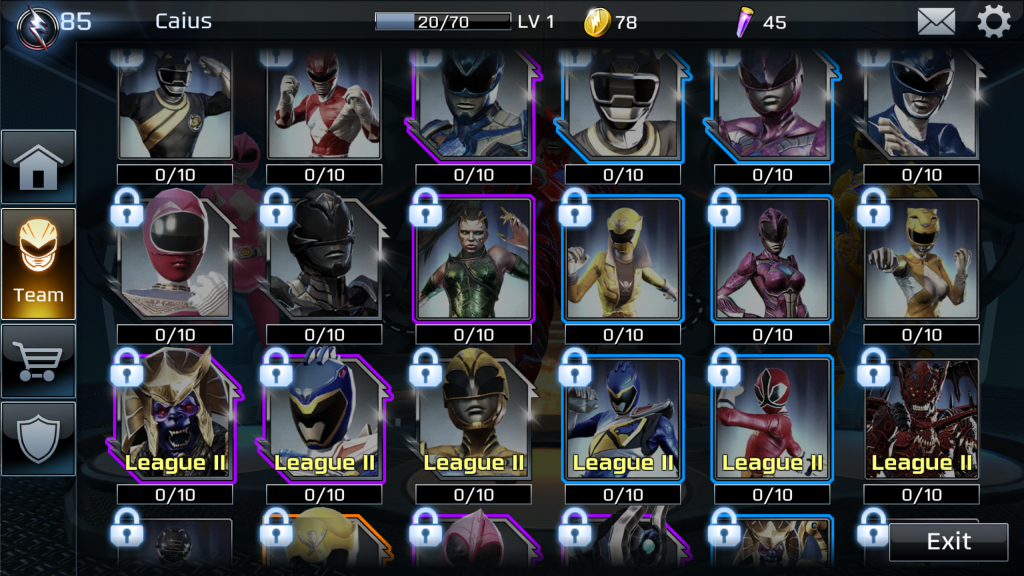 Angel Grove from Mighty Morphing, Shiba Grove from Super Samurai, and other places. And each league unlocks rangers from that area or more rare ones.

For example if you’re looking to get the classic Red Ranger from Mighty Morphing you’re gonna have to hit Shiba Grove to get him. It’s league 4 so it’s a ways to go.

The neat thing about it though is you’re not only going for rangers but their enemies as well. You can actually play some of the bad guys or have them as assists on your team.

So being able to work with both sides of the Rangers roster and meld them together is a great use of the games source material. And it definitely gives hope for future updates and fans of different ranger series that haven’t been implemented yet.

So in conclusion the game is pretty simple, easy to play, and has no difficult learning curve. It’s all about the wait time with this one so master that and you’ll be set. 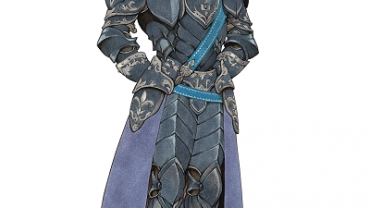