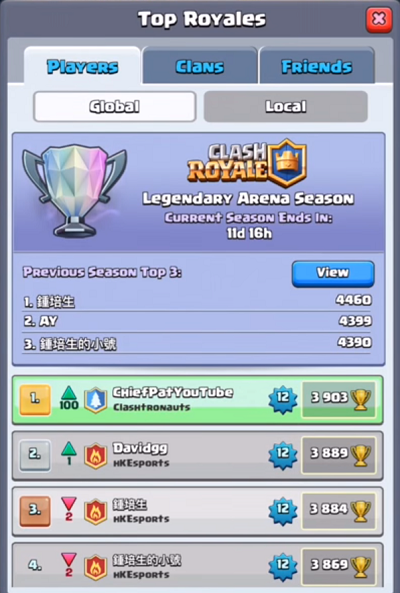 I have been following Chief Pat since his Clash of Clans days and I am glad to see him reach top in the world rankings of Clash Royale. He has given us really good tips on how to win more matches to climb the arena.

Tip 1: Fight on Your Side of the Map! 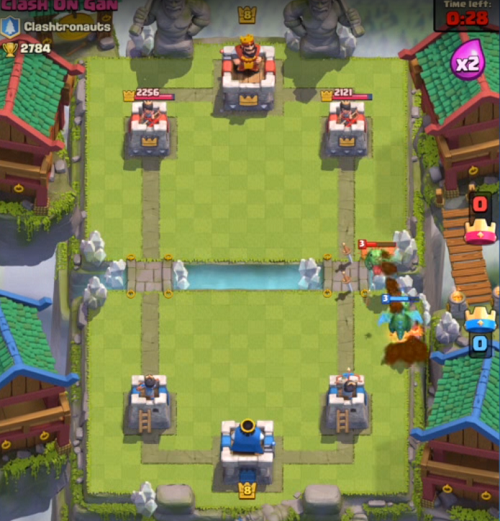 I made this mistake when I was still in the beginning stages of the game. Right when the battle starts, I would start dropping any troop card I got close to the bridge and force an attack. Chief Pat recommends you always use the crown towers to your advantage. If 2 Baby Dragons were to fight at the bridge, it would be an equal trade.

However, if you can get the enemy Baby Dragon to crown tower attack range, you gain an advantage as your Baby Dragon will reach the opponents tower and deal some damage to it. This applies to almost any troop card! You will also gain elixir advantage if the enemy decides to choose to defend the towers by using another card!

Wait…what!? How is that a good thing? Now, let’s take a look at this situation. Your opponent drops a spear goblin card or goblin hut at the right side of the map. I used to make the same mistake by immediately dropping skeletons or goblins to counter it. The thing is, they don’t do that much damage to the tower on their own.

Sure, they will take 100-200 damage over time if you left them alone, it doesn’t warrant the need to use elixir on them. Plus, your opponent will know what other cards you have and they will counter accordingly. Instead, you can save the elixir to do a counter attack on the left side of the map. 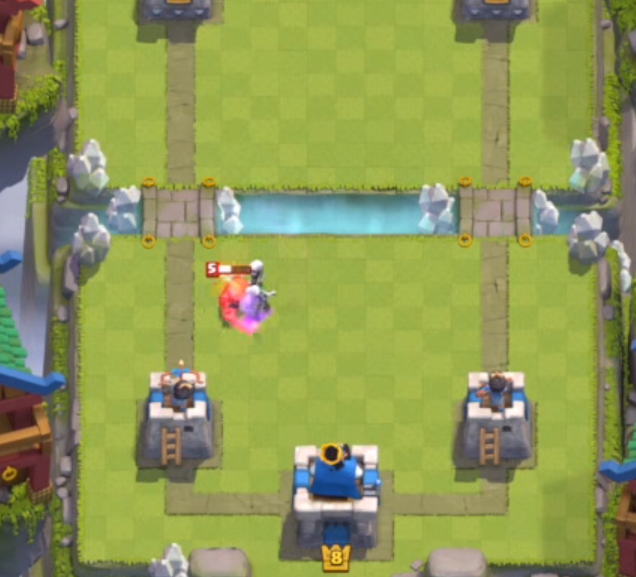 This concept was quite alien to me initially, but as I started climbing to about arena 3 and higher, this becomes incredibly important. Basically, you need to use your cards effectively against your opponent so that you come out on top by having used less elixir to either counter their cards or dealing damage to their tower. For example here are some plays that you would come out ahead if your opponent plays certain cards:

These are just a few on top of my head, but you see how you can gain an elixir advantage and use those to start your own push towards the enemy crown towers. The more elixir advantage you get, the higher your chances to start a strong push and take down your opponent’s tower. Elixir wins games!

This is something I just recently started doing.  For a period of time, I wasn’t sure why I was stuck in arena 3. I went and looked at my replay and found out I was always rushing to use my elixir and spam troops to overwhelm my opponents. I lost a lot of battles where I rushed small troops such as goblins, spear goblins, skeletons and archers against the enemy. Needless to say, they always had Arrows to counter all that elixir I used.

I begin to switch my battle plan to use a mix of medium troops such as Knights and Musketeer to avoid getting hard countered by Arrows. I also switched out some cards to counter some commonly used cards such as Goblin Huts and Goblin Barrels to ensure I can defend against them. This allowed me to climb to arena 4 since watching my replays. By the way, you can watch them in 1/2 speed if you want a more detailed analysis.

Watching replays will spot your own mistakes and see where you lost elixir trades!

I know first hand its very easy to just play a certain play style and stick to it. I don’t disagree with that as you don’t want to fix something that isn’t broken. If it is able to help you climb up the rankings in the arena, then you should keep using it.

However, you still want to explore other options and see what else is effective aside from your original deck. You will also find other combos that fit your play style. At the beginning, I was a huge fan of the Barbarian/Goblin Hut spawner deck. However, I realized that it is easily countered by having a Bomb Tower card. I then experimented with other devastating combos:

I then implemented Valkyrie + Prince into another combo I use to destroy towers since it was effective for my deck. Also, you find out what card combos gets defeated by another combo, which improves your knowledge on the game.

I also suggest you watch high level players battle. See what they do. Notice where they drop their troops and how they try and gain an elixir advantage. Below are some good Clash Royale YouTube channels to follow aside from Chief Pat: 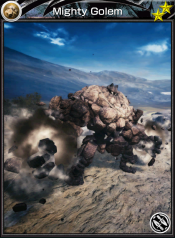