Welcome everyone, to the Romance of the Three Kingdoms Guide. This guide is designed to help you understand the mechanics and further yourself in the game.

Romance of the Three Kingdoms 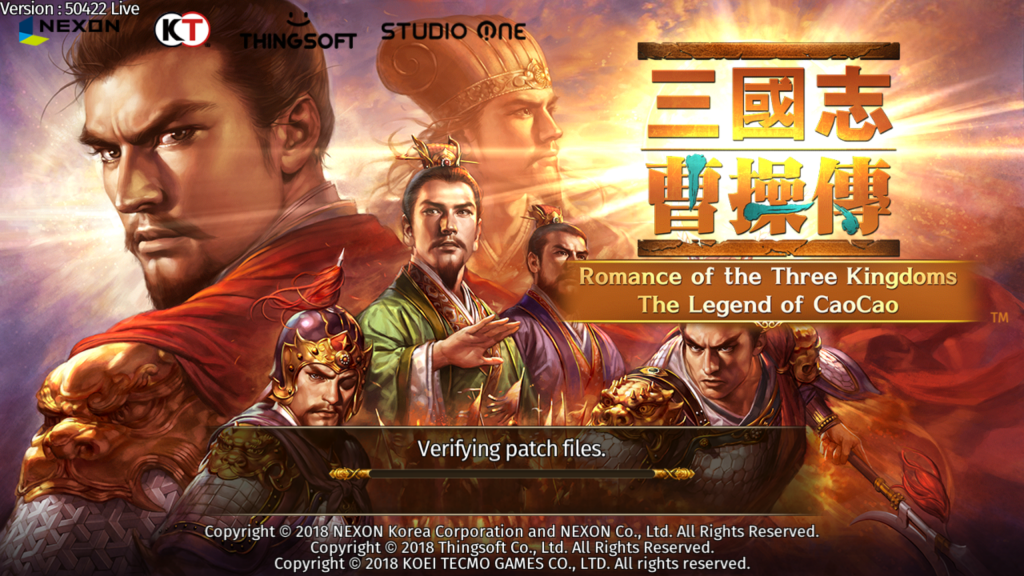 Romance of the 3 Kingdoms is a tactical strategy game with grid-based gameplay. It’s very similar to games like Fire Emblem Heroes in the way it plays.

This game is all about war. Gathering generals, being a good tactician and sending them into battle, being able to out move your opponent.

It takes a big emphasis on the war story it has and throws you right into it. And there is a lot of management in this game as well.

You have to recruit commanders to use in battle. When they run out of energy they can’t be used so you have to use different ones until they recharge.

On the battle screen, you assign which commanders are going to be used in the fight. There is an Auto-Assign which does it for you and early game it’s not a bad idea to utilize the auto.

To get commanders you have to use cards to draw for them. It’s very similar to other mobile games where you use in-game currency to pull for random characters. 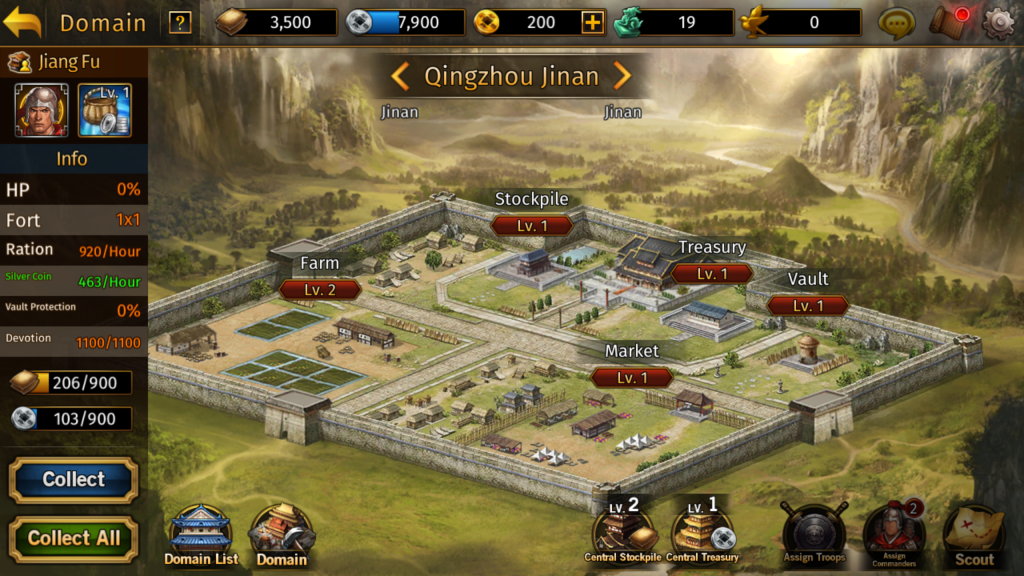 Your commanders are your units so they’re very important to make sure you keep them managed well. As stated before this game takes a big emphasis on its war story so units aren’t the only thing that needs management.

You have different domains that you rule over and require their own management. This is very similar to some city simulator games out there.

Your domains have different sections of them you need to spend gold on to upgrade for better production. Things like farms, buildings, etc.

The better upgraded your domains are the more they produce for you. Domains produce things like Rations and Silver coins and you can collect them as they refill over time.

A lot of the management mechanics are explained in depth within the game’s tutorial and story. So play along with it and really pay attention as it’s explained.

The main focus of the game is its battle system. It’s strategic grid-based and requires you to think out your moves every turn before making them.

The units you have available and the actions they make will often determine the tide of battle. All units have a basic attack they can use which in the early game is all you really need to get through an enemy.

But as things progress and get more difficult, unit Tactics become very efficient in battle. Tactics are special moves each unit has that they can use during battle.

Tactics can be damaging moves or healing moves for your allies. As you gain more commanders they will have different tactics and you’ll get a good idea of what’s at your disposal.

The story of this game focuses on war and it’s very in-depth with its characters and theme. Almost everything you do revolves around something happening in the story.

It’s a good idea to follow along with it and kind of just let the game guide you where to go in the beginning. The longer you play and more you learn from the game teaches you the easier all of its mechanics are gonna get. 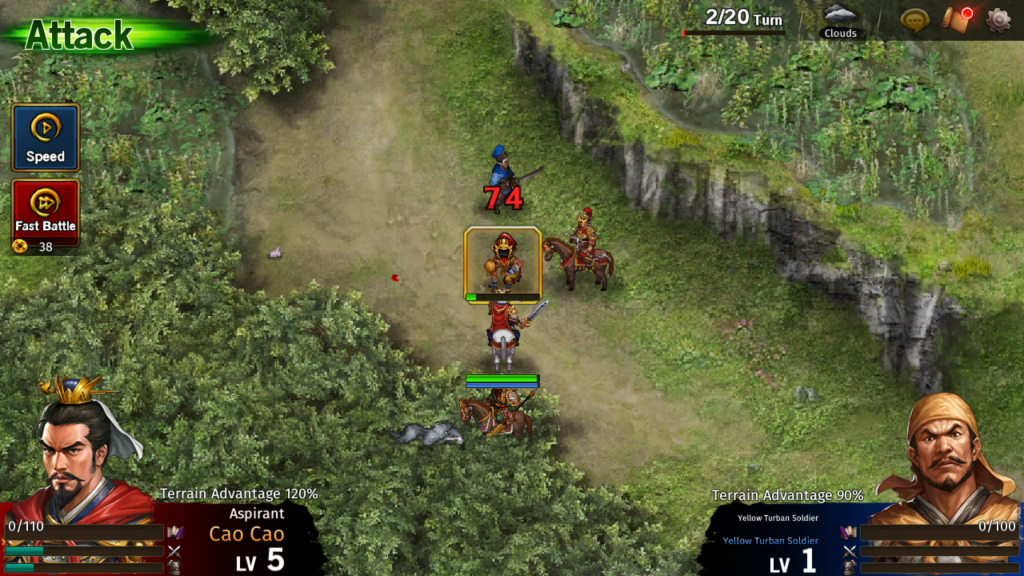 First thing is simple and already stated above and that is to pay attention to the story and the things that are said to you. Literally, everything is laid out for you within the context of the game story.

So really indulge yourself in the game’s themes and let yourself get involved. You’ll learn a lot and have a lot of fun doing it especially as you get better over time.

Now for actual gameplay mechanics. Being a grid-based strategy game there are a lot of mistakes you can make that will cost you a fight.

One of the most basic ones is sending units in to attack enemy forces head-on. This will work in the early game when everything is easy but it stops being useful very quickly.

Instead of attacking head-on you should try to split up your enemies units. Send two units one direction and the rest the other

Using the two will bait out your enemies units and get them to follow. Having two against a few enemy units is far more effective than having to fight the entire enemy force at the same time.

So be sure to really map out where your units are and where they’re attacking from. Positioning is probably the most important aspect of grid-based combat and can be hard to get the hang of but is worth its effort when you do learn the tactics of it. 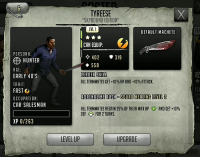