Welcome everyone to the Sword Art Online: Memory Defrag tips and tricks guide. This guide is going to help all you new players get a hang of the game’s mechanics and a learn a few things to make you a better player. 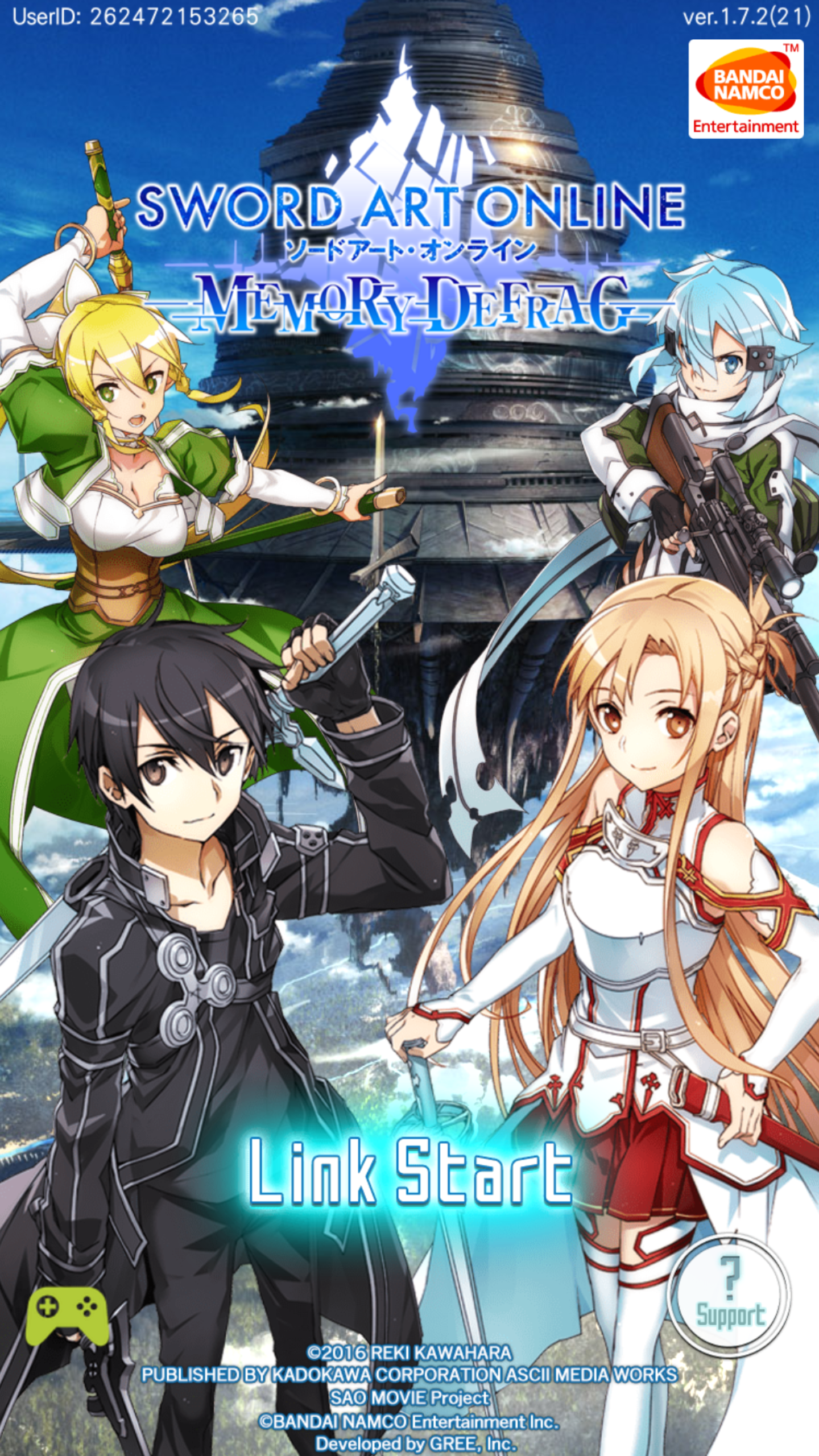 Sword Art Online: Memory Defrag is based on the popular anime Sword Art Online(SAO). The game itself is a 2D side scroller beat ’em up much like old school games.

The controls are all touch screen but the game itself will be familiar to anyone who played games like Streets of Rage back in the day. It takes very little time to get the hang of the games basic mechanics so there won’t be much trouble there.

At the start of the game, you’re given a brief tutorial that gives you the bare basics of the game. Just enough to set you up for the start and understand how the game works.

Once you’re given the freedom to do as you wish in the game there are a few things you can do to better yourself. The game is based on single-level stages so you have plenty of free time to prep yourself and build a strong party before setting out. 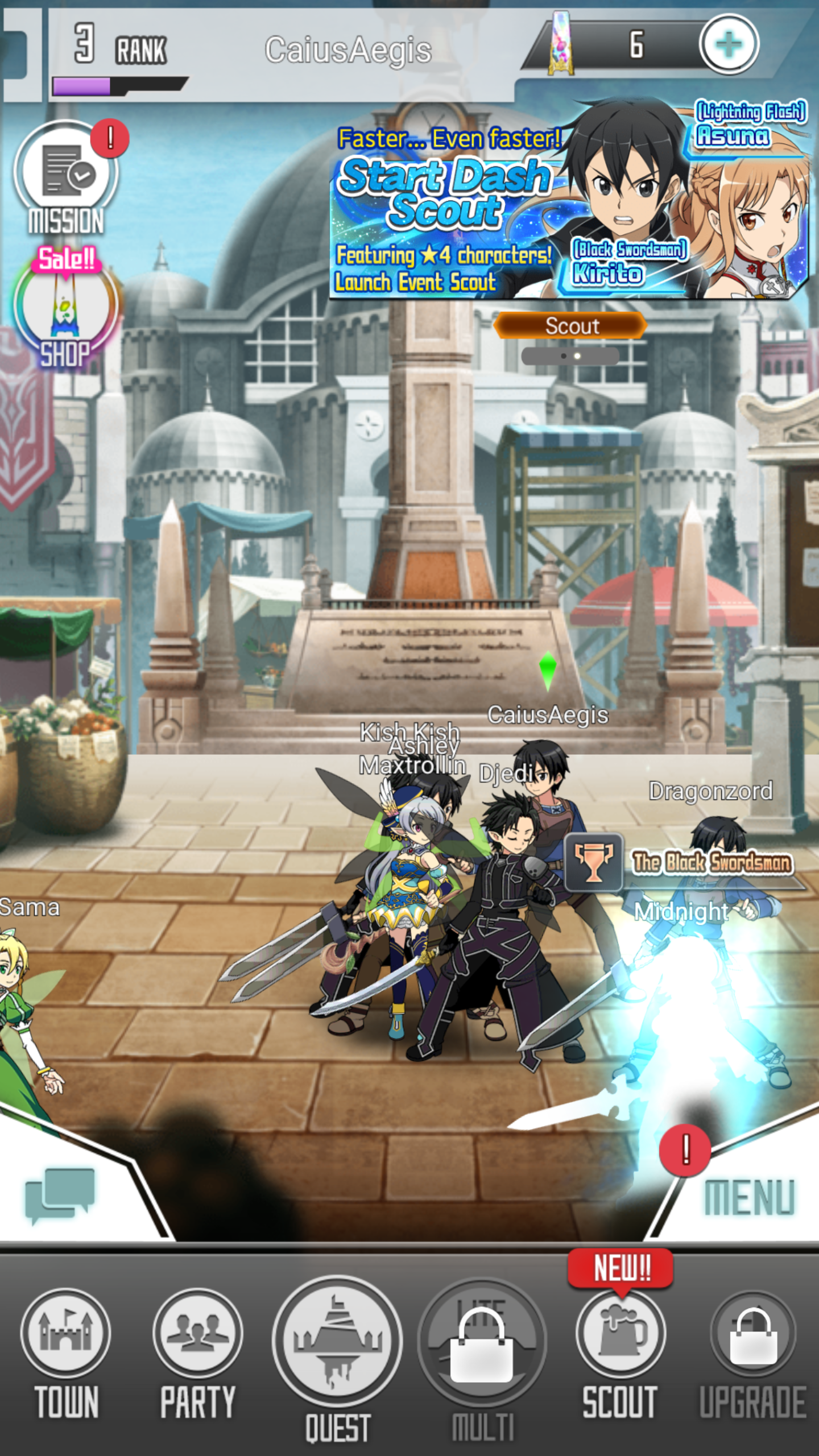 Sword Art Online: Memory Defrag has a very interesting hub world compared to other mobile games. Most are just a screen with a few tabs that you can touch to take you to another menu or something along those lines.

But in SAO the hub world is as open world as a 2D game can get. You’ll see other players in the world with you and you can walk around the world to each section of the game.

Naturally, there are tabs at the bottom that take you to your party screen, the quest screen, and so on. But if you want you can just find it in the hub world and walk to it.

It’s a small touch of detail but it’s nice. Definitely gives the game its own unique kind of feel. 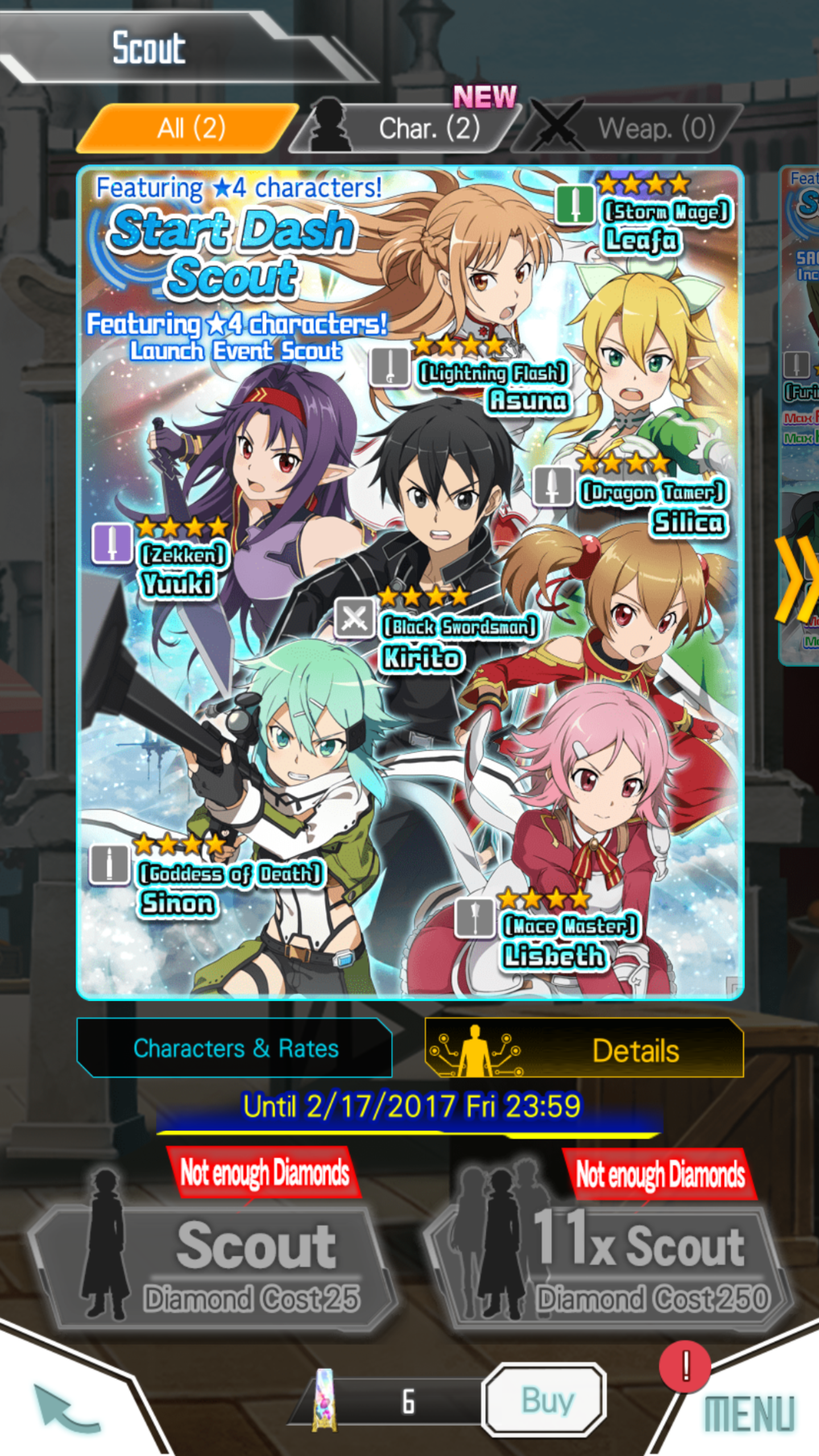 Now if you’re a fan of the Sword Art Online anime then there is one thing you’re going to want to do above all else. And that is scouting for new characters.

When you scout you’re basically paying diamonds to get a random pull at a new character. Anywhere from a 2 star to a 5-star character can be gotten.

5 stars are obviously the better choice and typically rarer. They’ll also end up being the more sought after characters.

So for you to scout new characters and take chances at getting your favorites you’re gonna have to get some diamonds. Now there are many ways for you to get those in the game but the easiest would be through missions. 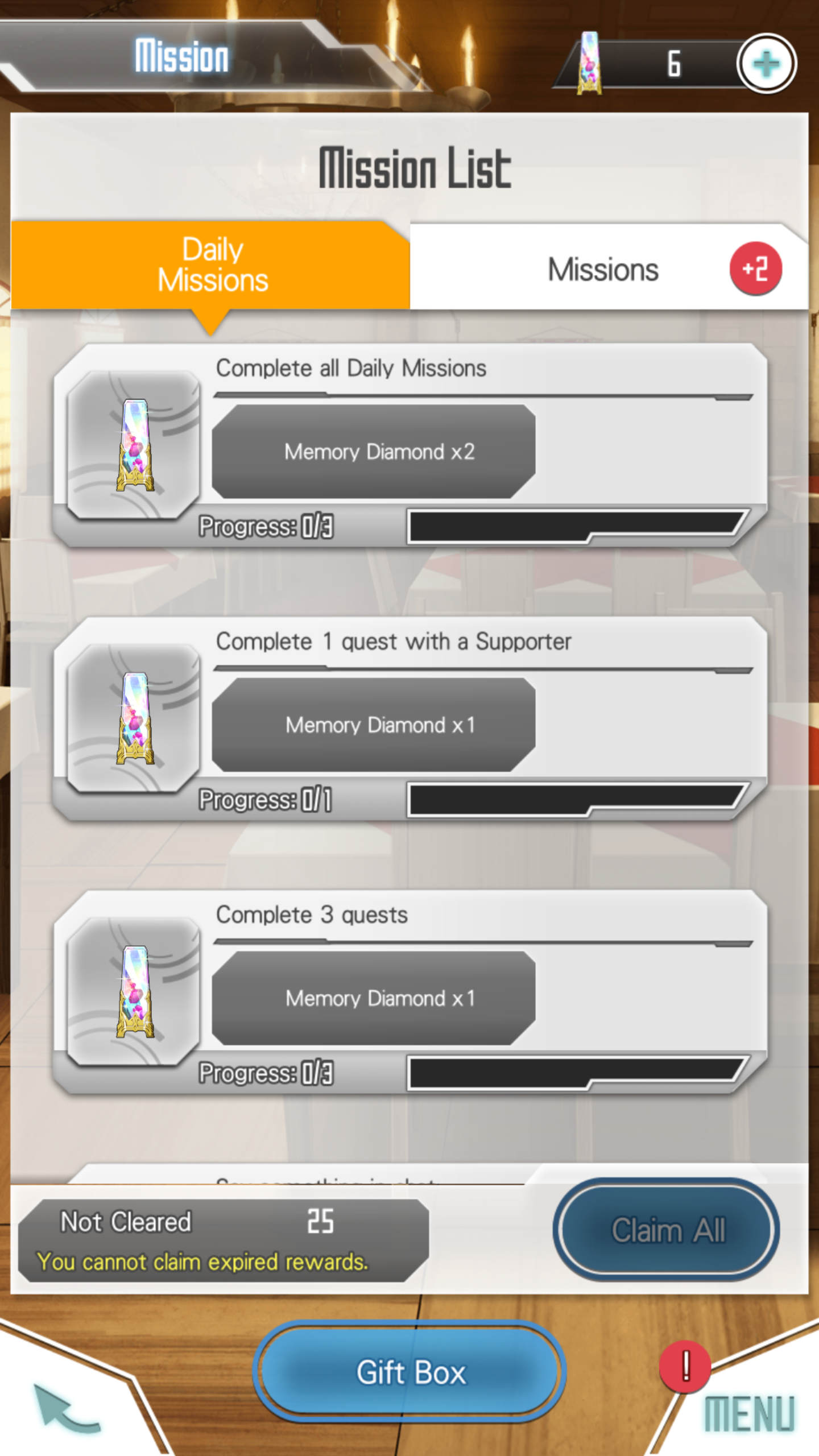 Missions are tasks that you can complete for rewards based on what the task is. There are daily and weekly missions, and also one time missions that give you better rewards.

Most of the missions involve playing through a quest or completing a quest with a specific character. So doing them isn’t too difficult and it’s a quick way to get some diamonds. 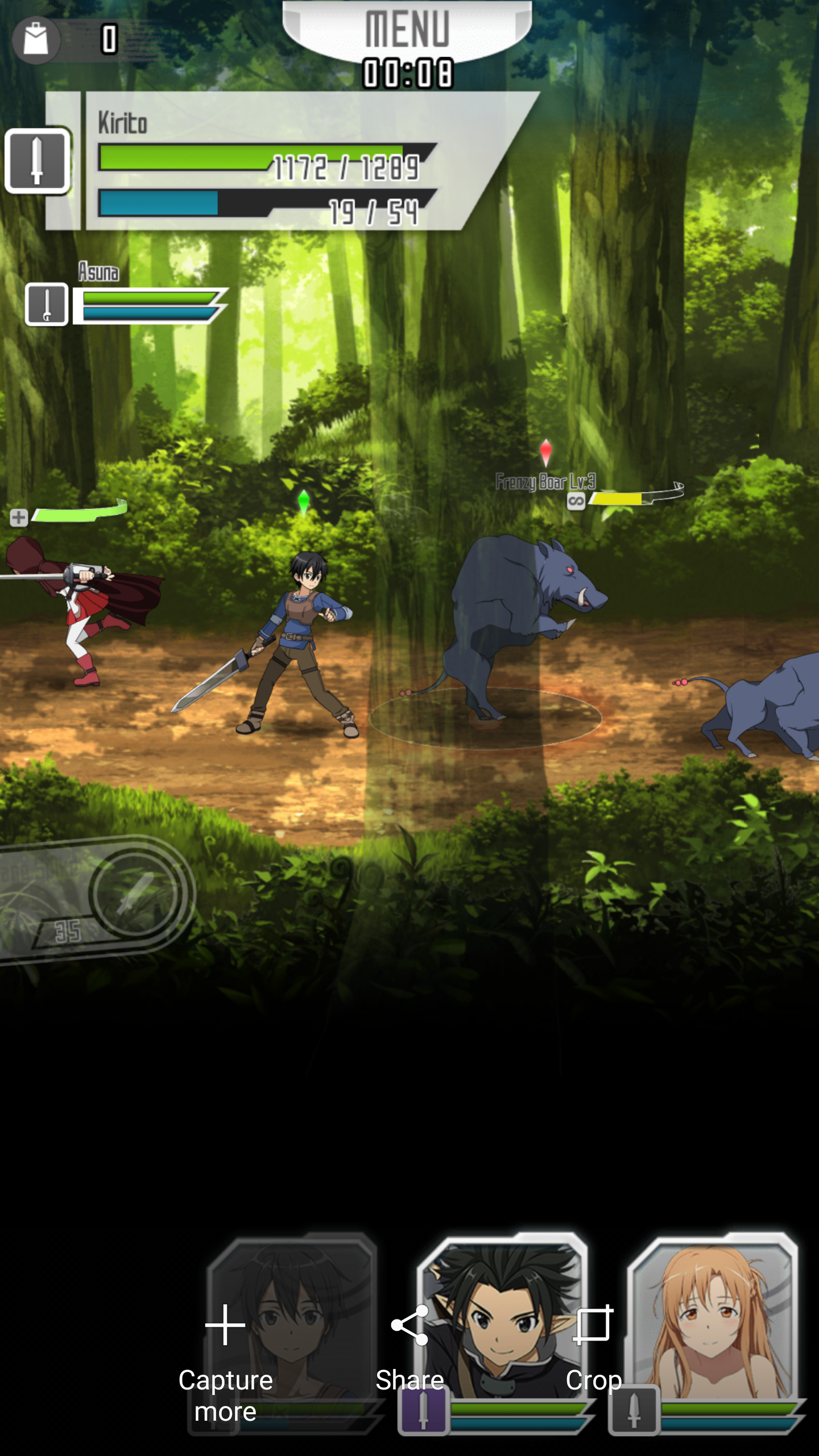 Now we’ll get into the actual gameplay itself. As I said before Sword Art Online is a 2D side-scrolling beat ’em up style game.

You go from left to right on the screen and you fight waves of monsters until you reach a boss. Defeat the boss and you win the stage.

It’s extremely simple stuff and anyone can get the hang of it. But getting good at it will actually take some skill.

For anyone who’s ever played a Beat ’em Up game before you know how they like to start off real easy then grow to controller-throwing levels of difficulty. So the early stages are designed to let you get the feel of the game and get better before it really throws the book at you.

So a good thing to start by learning is how to utilize character skills in a fight. Every character has them and some have more than others. 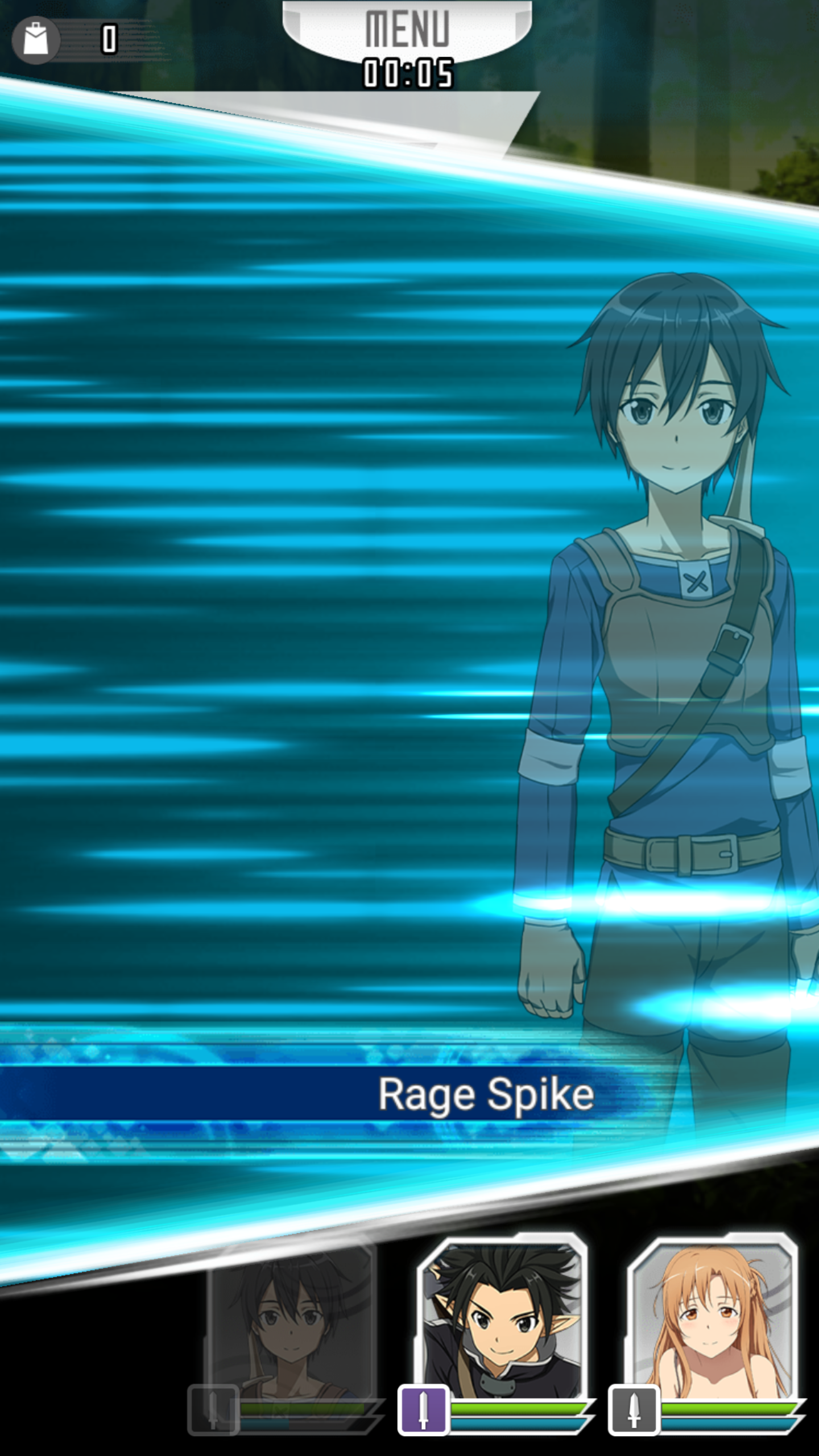 Just using a characters skill can brute force your way through a fight but it won’t do you any good later on if all you’re doing is spamming the skill to get through. Eventually, a stronger enemy is going to break that strategy and you’ll be out of luck.

So you want to build your team with characters you know and you’re comfortable with. Understand what their skills do and how they work.

Cause on top of skills you wanna have your characters stats boosted as well. All characters have a stat tree that increases their base stats with specifically required items.

You can boost their HP, Attack, Defense, and so on. So that’s definitely one thing you want to do for all of your characters as you progress through the game.

And honestly, if you like Sword Art Online and you plan to invest time into the game and money isn’t an issue then don’t cheap out. Nothing wrong with spending some bucks on diamonds, getting some of the better characters, and then building your team into an unstoppable wall of awesome.

So if you like Sword Art Online, looking for a good anime mobile game, or just a good beat ’em up. Then SAO: Memory Defrag is definitely something to try out. 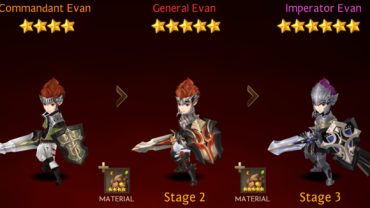