Hello everyone and welcome to the Arena of Valor (also formerly known as Strike of Kings) Tips and Tricks guide. This guide is designed to help you new players understand the mechanics of the game, learn some little tricks at it, and generally further yourself in its game play. 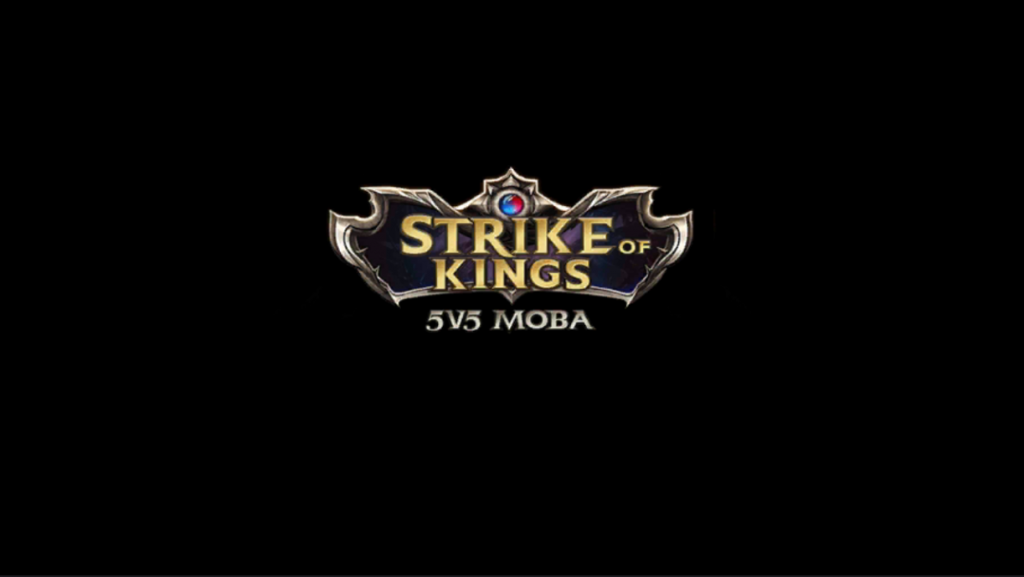 First things first, Strike of Kings is a 5v5 MOBA style mobile game. So anyone whose played League of Legends or more recently Mobile Legends Bang Bang will be very familiar with this games style.

You choose from a nice number of heroes in a roster and play through the match with that hero. Your goal is to get to the other side of the field by destroying your opponents defensive towers and destroy their bases core to win.

It’s a very simple format that’s explained well in the tutorial and the mechanics are just as simple. Each hero has 3 abilities they can use, 2 attacks and their ultimate.

On top of each heroes basic abilities through out the magic you gain gold just by playing and you spend your gold to buy equipment. Each piece of equipment boosts specific stats on the hero for the match making them stronger and all around better. 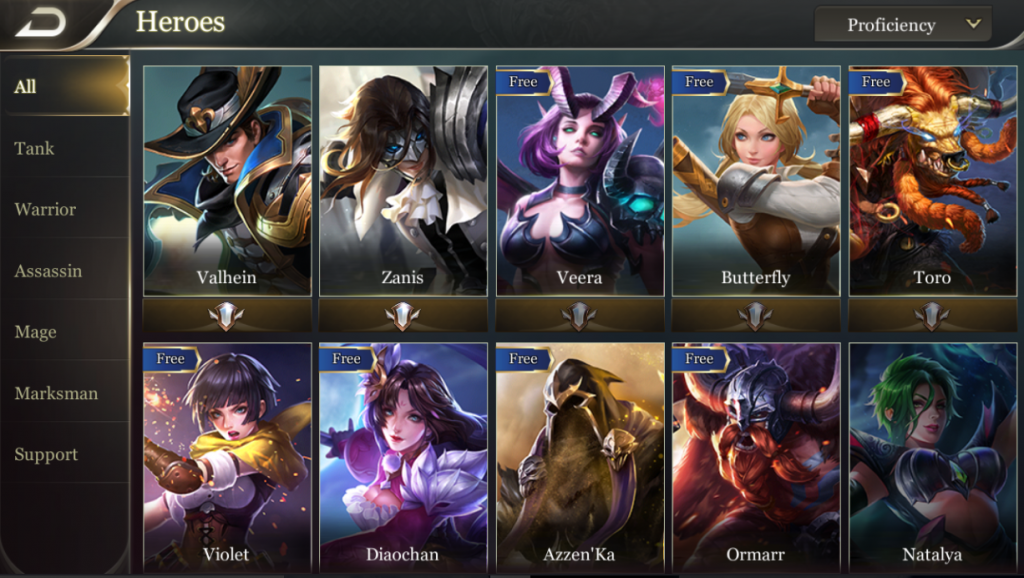 The biggest thing about Strike of Kings is the cast of characters that’s at the players disposal cause there’s a nice handful. Each hero is different in their own way and all play specific roles giving them each their own purpose for play style.

The roles are as such. Tank, Marksman, Assassin, Warrior, Mage, and Support. Some character’s can play two of these roles while most only have one.

Each role has a purpose within the match that the character is meant to play and it helps figure out exactly who you should be playing for your play style.

If you play a Tank then you’re gonna be someone on the front lines taking aggro from other players and soaking up damage while others dish it out. But if you’re an Assassin your job is going to be to deal as much damage as possible while taking as little damage as possible.

So each role is important for different reasons and offers an interesting team dynamic. You don’t want your team to be nothing but Mage and Support characters so you always wanna look at who the rest of your team is playing and accommodate with what is needed.

That’s why it’s a great idea for players to have a handful of “Main” heroes that they play. This way no matter what role they have to play it’ll be with a hero that they know pretty well and won’t have any trouble with.

Now the heroes themselves are not all playable right off the bat. Like most MOBA games the heroes go through a rotation process where the free playable heroes change every week or so.

So if you’re a free player than every week you’ll get a new selection of heroes you can play as. And each week that selection is going to change, this format helps and gives you an idea on what characters you like so you can invest your gold into them. 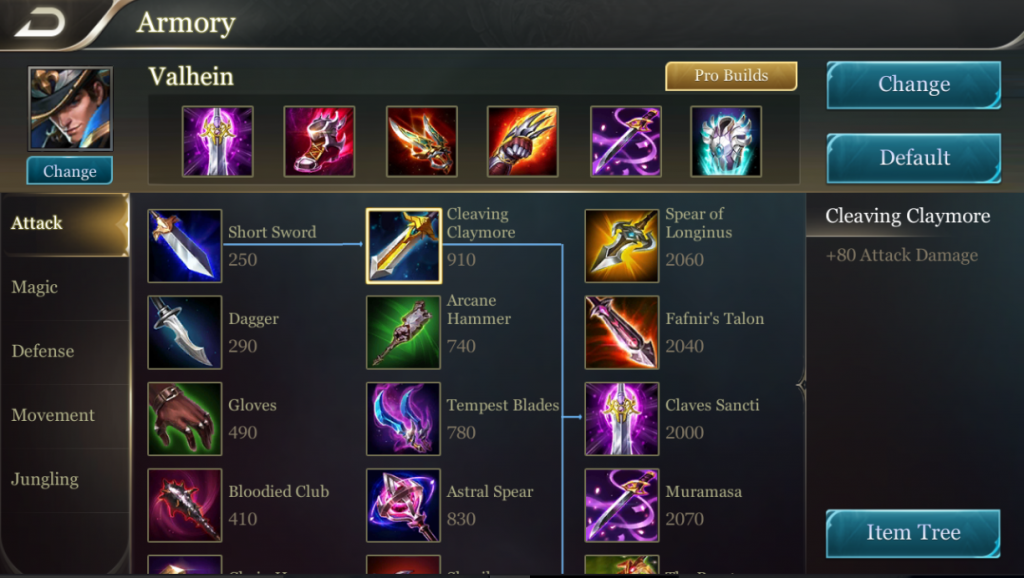 The equipment in this game is one of the smaller mechanics that doesn’t take a lot to learn from. But it’s majorly important in a match and really good if you know how to build your character well.

Each piece of equipment has its own stats and boosts that it gives to the hero it’s being given to. Every time you get enough gold in a match you can buy your next piece and so on and so forth.

Here is where management becomes a huge issue with a lot of players. You don’t wanna just buy the next thing that pops up, yeah you can do that and probably be fine but it’s better to know the build you want for your character.

Take a look at the hero your playing and browse the Armory. In the Armory you can look at all the equipment pieces in game and know what they do and their prices for purchase in match.

When you’ve figured out the exact setup of equipment you want you can test it and see how it goes. When you find the setup that works you have your build and you know what to buy for that character every match.

Finding a good equipment build is extremely helpful because it buffs your character in matches in a way you know the effects of and how you wanna play that character. So it’s good to invest a little time into getting builds for your heroes. 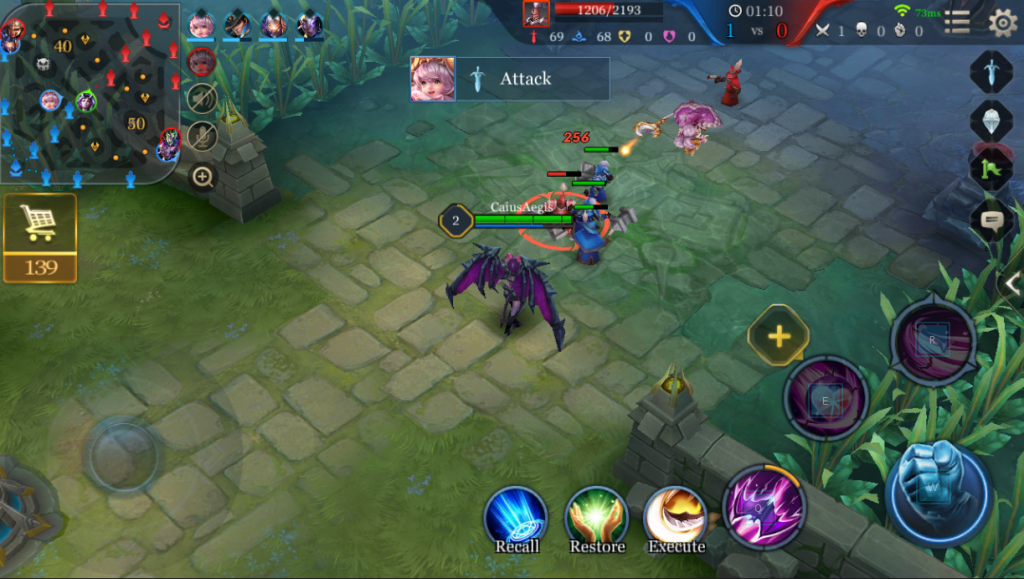 Now in a match itself as state above the game play is pretty simple and explained well in the tutorial. But there are a couple things that can be useful to know when playing Strike of Kings.

First thing to note, which anyone whose played a MOBA before will probably know, take advantage of the brush areas. On the sides of the lanes there are patches of grass that your hero can go into and become invisible to enemy heroes.

This is a massive advantage use for damaging characters, mostly Assassins. It allows you to sit and wait until an enemy hero is in your range then you can attack them usually getting in a free hit and most cases take them down fully.

So using your surroundings to your advantage is highly recommended in this case. But speaking of surroundings, another great thing to do is kill monsters on the map.

Aside from the 3 main lanes there is a middle area that has different monsters roaming around. Much like other MOBA’s you can kill these monsters to gain different buffs for you and your team.

There are some heroes who are better than others at slaying monsters so that’s something you can look into if you wanna be your teams monster slayer. Just know some of the monsters can be as tough as enemy heroes so you gotta be careful.