Karrie is a good Marksman with high offense making her great for hero kills.

Description: Adds a Lightwheel Mark to the enemy at each basic attack or skill. When Lightwheel Mark is added up to 5 marks at the target, they become actual lightwheel, piercing the target and dealing 7%-13% true damage of max HP, damage is up to 300 towards jungle monsters

Description: Moves towards the direction while releasing a flywheel to the most nearby enemy, dealing 150 damage. Releases 2 flywheels on ultimate state. 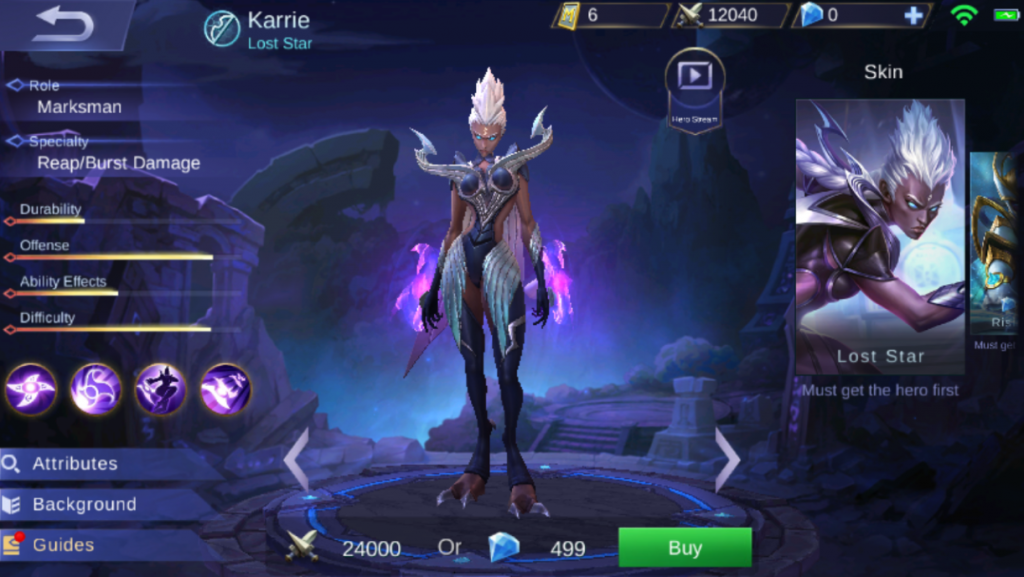 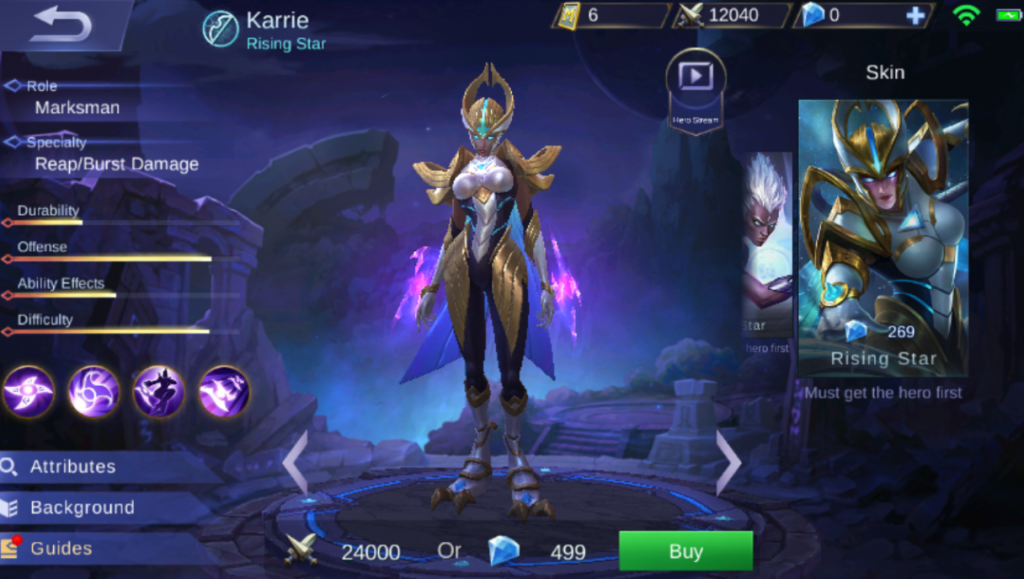 Alagaht is a mysterious technique empire. There lives a strange humanoid race – Yasson. They are in human shape while having a pair of deformed feet. They are agile and born to fight. Meanwhile, they are also good at techniques that allow them to create a significant civilization and to invade others. Since Karrie was a child, she was very talented and trained into an excellent and arrogant warrior leader, but at the same time, she lost her feelings and became a machine. During one battle, she was overconfident and got injured seriously. But a prophet from another race saved her and injected his consciousness into her brain. Since then there has been a voice in her head, the prophet told her that the ruin of her empire is about to come and there will be no Yasson anymore. After her escape from death, Karrie didn’t believe it. But she started to suspect it after returning to her empire. For saving her empire, for her redemption, Karrie chose to believe and came to the Land of Dawn. What kind of destiny is waiting for her? 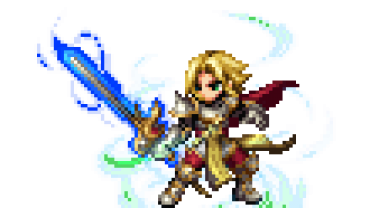