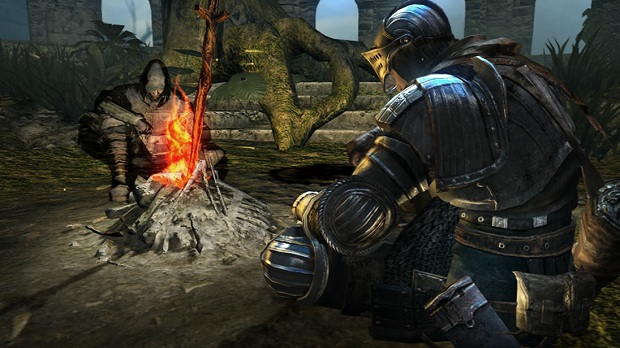 Dark Souls is a game series full of difficulty spikes. From it’s enemies to its bosses, there is always something hard about the gameplay.

But one of the most difficult things is the landscape. There are some poor areas in the Dark Souls series that are just a nightmare to go through.

This list is going over ten of the worse locations in the Dark Souls series. 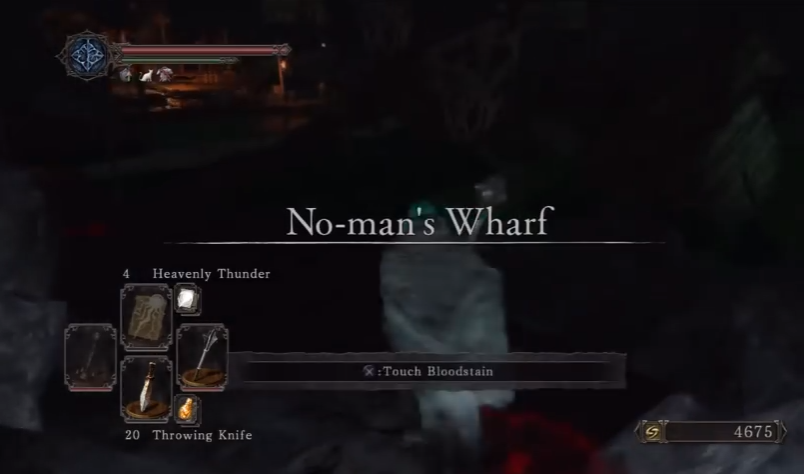 No-Man’s Wharf is an area you run into decently early in Dark Souls 2. It’s the very next area after the Dragonrider boss fight.

It’s a pitch dark area full of pitfalls in water and enemies that hit way harder and faster than you’d expect. There is a large number of dogs and vagrant enemies here and they are all annoying.

The black creatures in the dark are also annoying when they hit you because they cause bleeding. And by your level in this game, unless you’ve done some serious grinding, No-Man’s Wharf is a massive step up in difficulty from the previous area.

But what makes it so bad is the fact that you need a torch to get through the are at least once to light up all the standing torches. Now, you don’t have to do this if you’re confident enough in your skills but for new players, a torch is almost required.

And using a torch forces you to give up your off hand equipment. That means no second weapon or shield if you use one, and that’s bad. 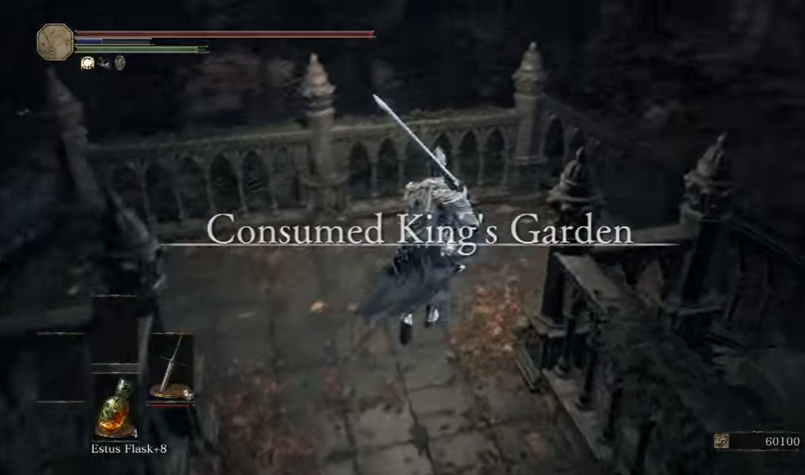 Dark Souls has a theme with its locations and you’ll be seeing this theme in a lot of entries on this list. Consumed King’s Garden is filled with powerful enemies.

The giant knights that can two shot you with ease. And the base enemies with the black sludge exploding out of them making them extremely powerful.

If you’re a good fighter, well-built character, or just really know your stuff then fighting all these heavy hitters is no issue. Except nearly the entire garden is covered in a toxic floor that inflicts Toxic onto you.

Toxic is poison but on steroids and hits way harder than poison does. Majority of people just rush through this area to the boss because of how annoying the toxic status is.

It’s never a good thing when the player’s first instinct in an area is to avoid it entirely and just rush through to the next one. Yes, the poison floor is a fair and difficult terrain hazard. But we’re not even at Blight Town yet. 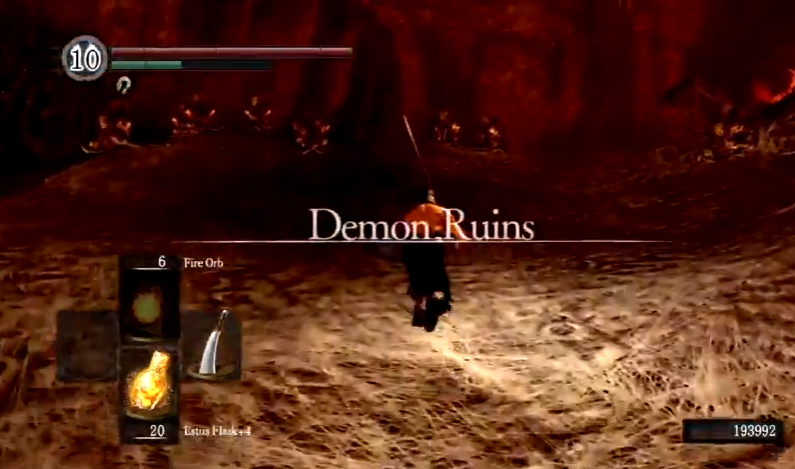 Not actually that bad of an area in terms of design. The only real design issue in this area is that it can be a little confusing from everything looking the same.

What makes it worse is those fun demon bosses you fought earlier in the game are now basic enemies that respawn. And yeah, that’s a really cool concept having the Taurus, Capra, and even Asylum demon as basic enemies after being bosses.

But having a whole horde of them sitting right inside the first area of the Demon Ruins is just an insult. It’s an endgame area and that is a fair argument but it doesn’t make the oncoming seven on one fight less annoying.

If you’re a ranged fighter, good on you, you’re probably gonna do fine here. If you’re close range, let’s hope you have God tier poise and some lightning weapons. 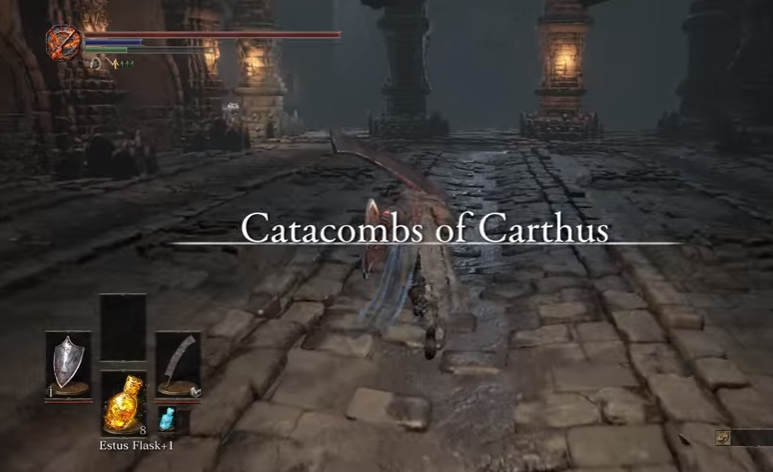 Dark Souls and Dark Souls 3 both have catacomb sections. You go underground, you fight skeletons, you end up in a deeper area than the catacombs themselves.

But the Catacombs of Carthus, by far, is worse than the Catacombs in Dark Souls 1. In Carthus, the variety of skeleton enemies alone adds a bit of frustration and that’s not including the giant rolling balls of them.

The real annoyance is the narrow hallways you have to run through with the big agile skeletons that hit hard. But while dealing with them there are skeletons throwing pots where black orbs come out and track you.

And there are pots with these black orbs laying everywhere and if you roll into them they track you. And these are everywhere in Carthus.

Dark Souls Catacombs had pyromancers that kept things from permadeath and floating heads that exploded. But at least those were easily avoidable

Carthus turns your normal dodge into a hazard if you’re not paying attention to every little detail of your surroundings. 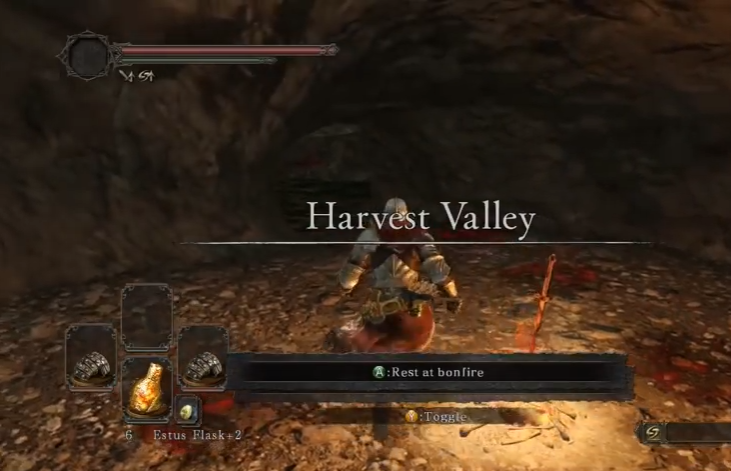 Poison floor number two on this list. Harvest Valley is an entire area full of green smog that poisons you and even enemies that can poison you.

Harvest Valley is the connection point between Undead Purgatory and Earthen Peak. And honestly it just kinda feels like this area was thrown in between the two just to be annoying.

There’s no boss in the area you’re the only goal is to get through it so you can get to Earthen Peak and by extension the Iron Keep. There’s nothing really explaining why Harvest Valley is a nightmare of poison.

What puts it higher than the Consumed Kings Garden is its length and enemies. Everything wants to poison you in this area and everything hits hard. 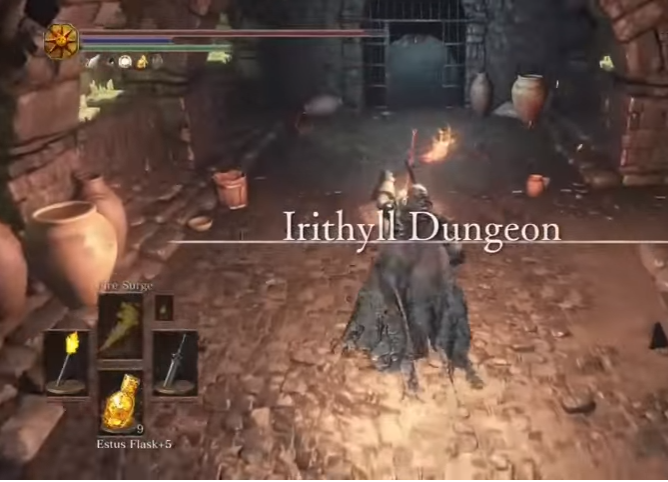 Wanna know something worse than poison? Having your overall health taken away until you’re left with exactly 1 HP for your entire health bar.

Sure, it’s not permanent and it goes away but the wardens in the dungeon are just the worst. They aren’t hard to kill by any means, but there’s always one hiding around the corner of another.

So once you kill one you’re probably already down half a health bar because of the other hiding and taking it. And this is just in the first area of the dungeon mind you.

Once you get further you run into a giant, hordes of rats, basilisks, and more wardens. This place is a nightmare-scape that’s required to get through to reach the Profaned Capital, which isn’t any better but nowhere near as bad as the dungeon. 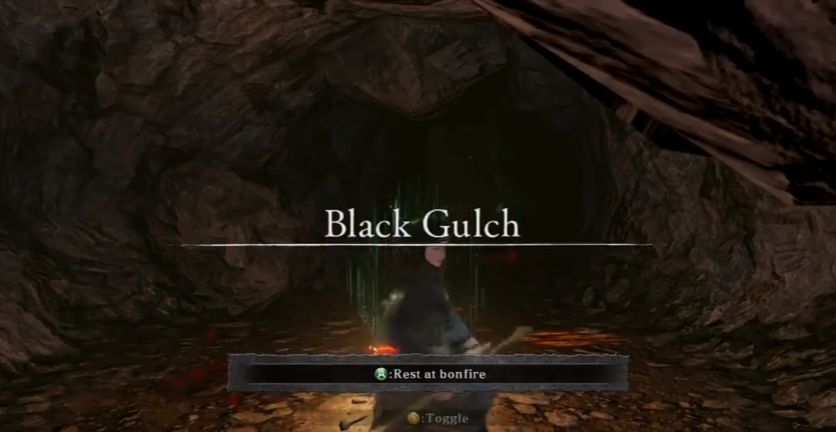 What it does have is dozens of little statues that shoot poison at you from all over. Getting poisoned by these things is not actually that bad or hard to deal with.

It’s the actual act of being attacked by these things that make it so annoying. They are scattered all over the map and can be destroyed in single hits.

But they shoot randomly and cause hit stun when you get hit by them. Environmental hit stun is bad, it leaves you open to attacks from any enemy around you and there are some nasty ones in the Black Gulch. 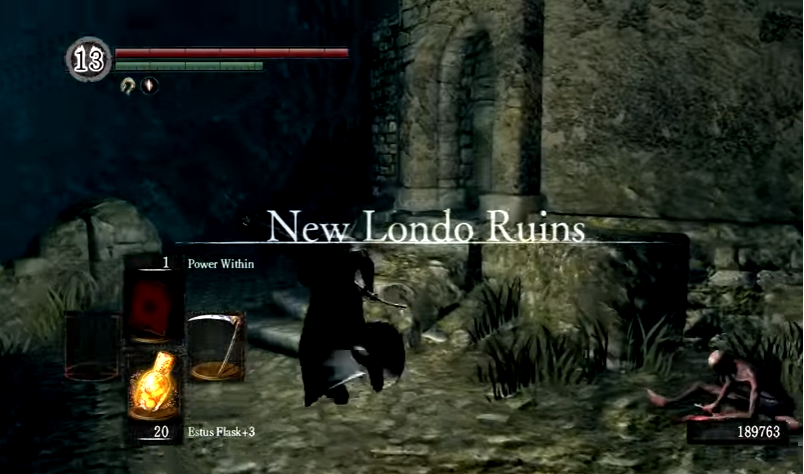 This is a very early area in the first Dark Souls game and it is infuriating regardless of when you decide to go through it. It’s a lengthy elevator ride from the Bonfire shrine and from there it is a long walk.

There are no bonfires in New Londo, absolutely none. So if you die you’re all the way back at the bonfire shrine and have to make the trip back down.

New Londo Ruins is also full of ghost enemies that you can’t actually hit without a specific item. So unless you’ve stockpiled on Transient Curse items you are in for a bad time.

And the Four Kings are in this area so you have to come here in order to progress in the game. And getting to the kings is a real annoyance once you’ve lowered the water level and have to deal with even more enemies that decide to make appearances. Poison floor number 3 and the most infamous. And no, it’s not number one despite it being the most heated area in all of Dark Souls history.

Blight Town is horrible in almost every way. It’s unnecessarily big, it’s gross looking, there are hazards everywhere, and the frame rate is awful(Remastered did fix the frame rate issues but it didn’t fix Blight Town because it’s still in the game).

Anyone who has played Dark Souls knows how bad Blight Town is to go through. Though because it is so bad it does lead to some very helpful items, a pyromancer NPC with some of the best pyromancies in the game, and one of the best bosses in the first Dark Souls game.

So yeah, Blight Town is bad and everyone has heard the dozens of reasons why. But there is one area that is worse than Blight Town for a simple reason. So, whoever said poison was the most annoying thing in Dark Souls clearly has no problem being handicapped. Tomb of Giants is a pitch black area with no clear path and pitfalls hidden everywhere.

The enemies are skeletons that range in various different forms and it is a required area to find Gravelord Nito. Now, most people will say it’s not bad because you can get a lantern or the sunlight helmet to have light in the area.

In no world is it okay to force the player to give up some form of equipment in order to see the room in front of them. To use the lantern is like using a torch in No-Man’s Wharf, you are giving up one of your hands.

That means no shield and in the first Dark Souls majority of players use the shield. Unless you are a seasoned pro who can just dodge and perfect frame parry every single enemy then this is a death sentence.

And having the sunlight helmet only takes away your helmet slot. But that’s if you even have the mind to do the proper quest line, don’t mess it up, and find the location of the helmet before you even reach the Tomb of Giants.

You can get through easily enough if you’re a spellcaster with the Cast Light spell. But not everyone plays magic so if you don’t you’re forced into losing your equipment.

This nearly forces handicaps and that’s bad. Blight Town is annoying and it has a lot of problems, but at least it doesn’t cut you off at the legs and tell you to deal with it or “Git gud”.