FF3 might not be the most remembered title, but the main protagonist makes his appearance in FFBE as a total can of whoopass. Luneth has only 3 abilities and they can be labeled as Defeat All, Really Defeat One, and Use when you Really Need Something Defeated.

Where Luneth really shines though is his passive abilities, Dual Wield (Allow use of weapons in both hands, except bows and harps), ATK +30%, Sword Master (Increase ATK (20%) when equipped with a sword) and Ur Pendant (Increase resistance to blind, paralyze, confuse and petrify (100%)). Luneth is a closed ranged unstoppable melee demon.

Celestial Gloves (Statistics – Type: Accessory, Stats: ATK+30, MAG+30, DEF+30, SPR+30). Anything that increases your stats by that much across the board is solid. May not do much else other than elevate a unit’s stats to the next star tier, but that’s godly enough. Pairs well with Doublehand, pairs even better with Garland or Demon Rain and another Doublehand for a total of +60ATK from this one item.

Luneth is a melee DPS powerhouse. What Luneth may lack in poor equipment selection and elemental coverage, he more than makes up for it in sheer overwhelming attack power. His Trust Master is top tier and is great on units with Doublehand, and even then, they could wear two of them, which with the proper setup could mean the equivalent of wearing another Excalibur.

Verdict: Great top tier physical DPS unit, abilities are basic but cover all the necessities and will be good for a while to come. Awesome Trust Master Reward that is useful on all units but shines better on units with Doublehand, good limit break but only at later levels. Very worth pulling for.

Luneth is neutral to all elements and status effects.

Luneth can equip 4 weapons and 7 armors.

A young boy hailing from another world where tales are passed down of the Crystals and the Warriors of Light. Luneth, who saved the neighboring village of Kazus and Castle Sasune from the cursed place upon them by the Djinn, set off on a journey as one of the chosen Warriors of Light to save the world with his childhood friend Arc, the blacksmith’s adopted daughter Refia, and Castle Sasune’s soldier Ingus.

As they wandered from place to place, they searched for the source of the darkness enveloping the world, eventually closing in on the secret surrounding their birth. 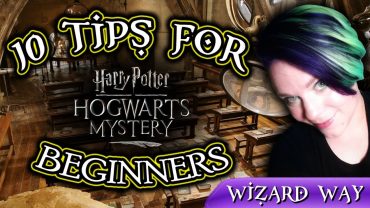