This guide focuses on the mechanics of team building in AFK Arena. Volkin Games goes over how to team build and the best team compositions to use. 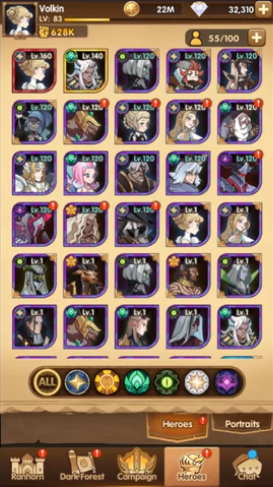 When you first start during your first few weeks of playing it is going to be tough. You are going to pull at least 2 Elite heroes in your first guaranteed pull and first 10 pull.

The really early game stage is going to be about building teams for a Faction bonus and working with what you have. Although, you do get a Belinda through the 7-day login so that helps out a bit as well.

The other thing you do get during the early game from the logins is an Elite Hogun. So in the early game, you already have a Hogun and Belinda.

You should also get another Hogun letting you enhance him to an Elite+ character. So this will help your early game a bit more.

But moving on from that you are basically working with what you have. From those two you are going to have 2 Lightbearers already.

If you have 3 from another faction then throw them in or if you have more Lightbearers use them. But those are the only 2 guaranteed units you will have in those early days so they are not bad options to get started. 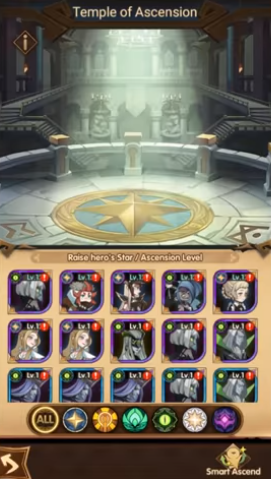 The next thing to look at is ascending. It is a bit involved when looking at early game team building and there is a common mistake seen on a lot of accounts.

You will often see players with their top row of heroes maxed out to Legendaries. And honestly, that is something you want to try and avoid.

What I like to do is focus on 1 hero from each faction. This way you are putting all your resources into them and you can get them up to Mystic, Mystic+, and so on.

So, the thing you want to do is not ascend a hero to Legendary unless you can get it to Legendary+. That is what I like to do personally but if you have a hero you really love and want to make them Legendary then you can absolutely do that. 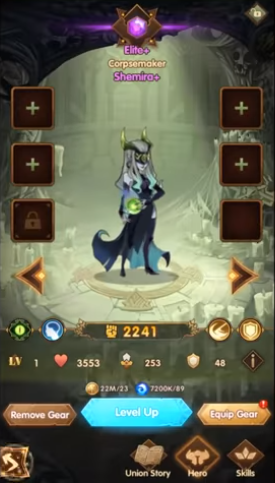 What you want to do is have a main carry hero, a high damage dealer. For most people, this is going to be Shemira.

Another good choice is Seirus from the labyrinth store. He is another farmable character so that makes him another good option for legendary.

Once you reach this point in the game you will probably have a decent pool of characters to work with. You can decide who to build and focus on the most when it comes to ascension and who you choose will affect how your team will be built overall.

But just try to avoid making to many legendaries unless you have the resources to get them to legendary+. That is the basics of early to mid game team building. 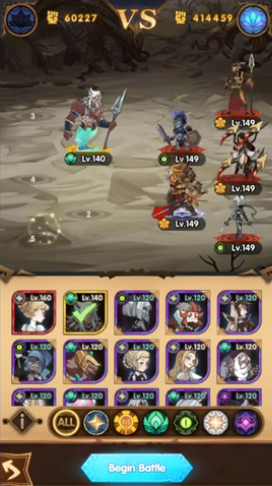 From there on, what we want to look at is the team composition. What you are going to focus on in the beginning is your main damage dealer.

The reason for this is because you can only level a hero so high until they reach a temporary cap. They will not level anymore until the rest of the team’s heroes are at a certain level.

So having one hero with a higher level makes them a better target and tank so take aggro for the lower level team as they level. The next thing is having a second tank hero. 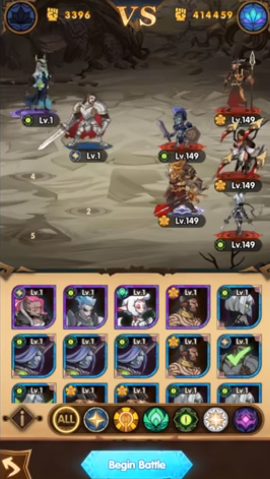 This is going to be your second front row hero and as I said before, Hogun is a good option because you get him fairly early on and can get him to Legendary+. And it is not a waste because you can use him to make another hero Mythic.

That also gives you the option to have a decent second tank to care for your main damage carry hero if they need to back off for a bit. Another good option for the tank is a Brutis because he does have invincibility which lets him avoid damage entirely for 4 seconds.

Next, we look at the back row and this is where we want to build the faction bonus. As well as playing support heroes that do not need to be highly ascended to functions.

When you look at Lightbearers they have some really good options like Rosaline and Rowan, and of course, you have to get lucky to pull certain characters. 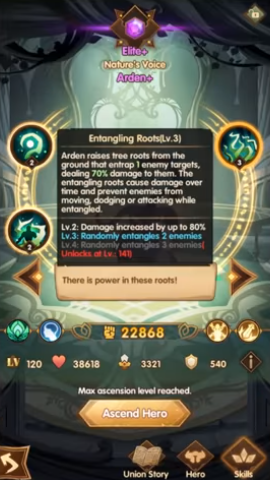 Some other things to consider are Wilders. They are really nice supports because you have units like Arden who get better at level 81.

He has the skill Entangling Roots which lets him affect up to 3 characters at once which is a good effect for someone in the back row. Lyca is also a very good option as well in terms of support characters to use.

So doing a good mix of Lightbearer and Wilders is good for early CC and team support. However, if you are using a Shemira and you are lucky enough to pull a Nara she is a good choice as well. 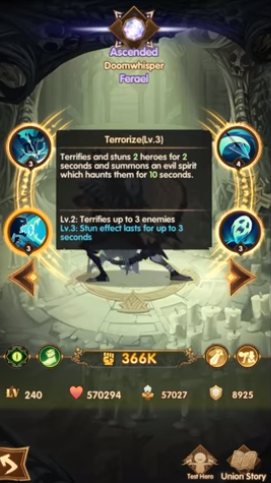 Another good one for the graveborn is Ferael because he terrifies enemies for up to 3 seconds. He is a really great late-game hero but also has some utility in the early game.

A lot of people say Mirael is a great damage dealer if you are lacking a good one. Saveas is another good choice but he does not really shine until a bit into the game.

Next up is Arden, like I said he is one of the only ones I would build in the Wilders. Then over in the graveborn is Vedan who is a good unit due to his self-healing and damage.

But the other good option is Silvina because she can snipe the back row and distract your enemy team. She is a great unit for pulling aggro and keeping the enemy team busy. 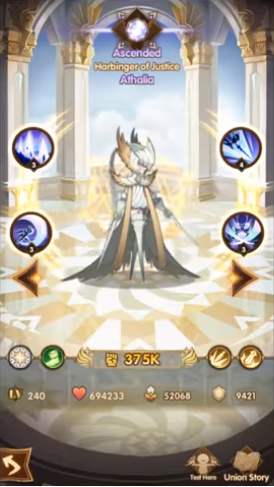 These are all some of the best characters to pull and use early-game to late-game. But if you are lucky enough to pull a copy of Athalla or the twins then that is good too.

The twins are good early-game but once you get a bit mid-game they fall off a bit. But Athalia is a great option because she has that 8-second CC which is great.

And then there is Orthros who is also really nice. And the great thing about all these celestial heroes is that they can substitute for any faction.

And Mehera is just one of the best heroes to use during the late-game. IF you get lucky enough to pull her then use her because she is amazing.

Overall, for team comp, you want to focus on that one good damage dealer and a good tank to take focus. While having all of your CC and sustain characters in the back row to keep them for the support and as your annoying units for opposing teams. 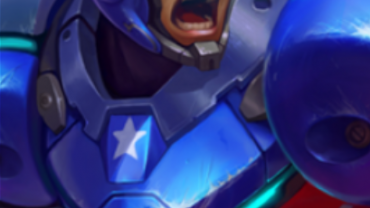