This is a small guide made to give some insight on a few of the better heroes in Marvel Future Fight. I’ll be listing which heroes are best to use in all game modes. 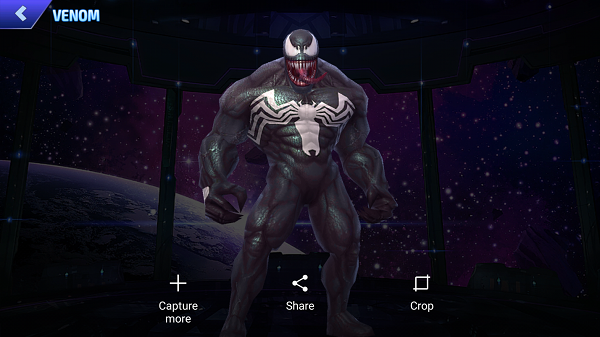 Venom is one of the Combat heroes and with good reason. He’s a heavy hitter with a good attack stat for starting out.

Following his attack is his HP. He starts with a nice chunk of HP compared to some of the other combat heroes.

Venom is great for dealing damage and taking damage, but he falls short when it comes to his skills. Team him up with any of the web slingers and you’ll have a good combat hero to support those Speed slingers. 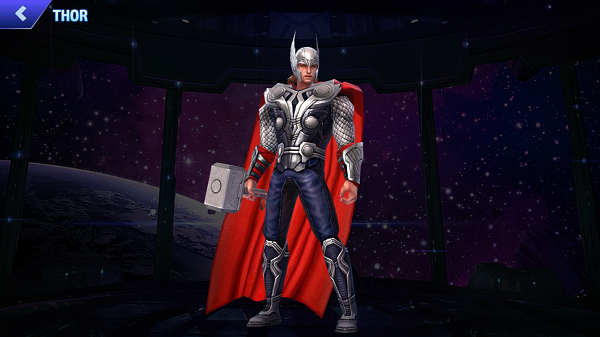 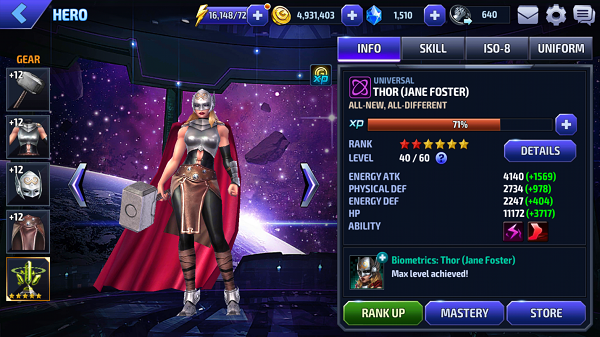 Now I tied between both Thor’s in the game. They are very similar in most ways, only slightly different through their skills.

Starting out with either of the Thor’s can be kind of tricky due to neither one really being that special stat wise. But rank them up a few times and that changes fast.

What sets them apart is their skill sets, while similar they are best used when using their skills. I personally prefer Jane Foster Thor’s skill set, but both are well utilized making them great Universal heroes. 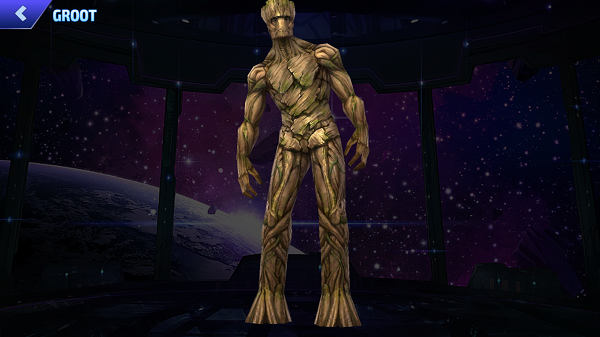 I am Groot. Enough said, right?

Groot is great to have at the start and only gets better the more you increase his rank. He’s got a great pool of health and a decent attack stat.

Not only that but his skills apply great buffs to the rest of your team. From healing them to increasing their attack damage.

Groot is a go to for anyone looking for a hero to soak up damage and buff the team. Play him forward then send out a another Combat hero to do some real damage. 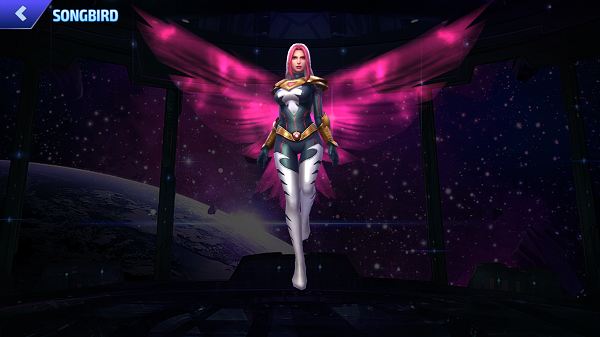 A relatively new hero, Songbird was added in the most recent update. She’s a blast hero and a quick one at that.

Her stats are nothing to brag about but just like any hero the higher the rank the stronger they get. It’s her play style and skills that put her on this list.

Songbirds basic attack is ridiculous. It’s beyond fast and has a pretty decent range. Just sit back and hold down attack, let the hordes come for you and get torn up by her energy.

There are better Blast heroes in the game and even one much higher on this list. But I think Songbird is a go to for anyone just starting out and wanting to kill quickly and easy. 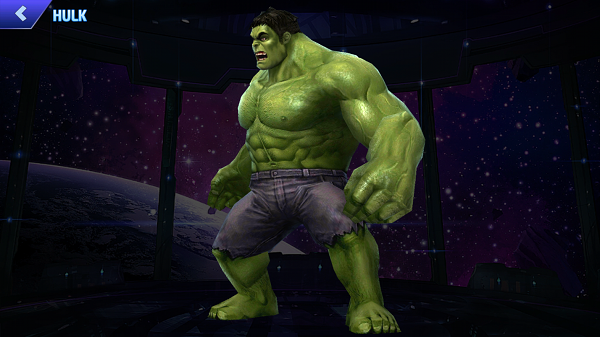 Naturally the big green guy was going to make it on this list.

Hulk is one of those heroes you bust out when you want to really, and no pun intended, Smash stuff. He hits hard and then he hits harder.

His attack stat is great, his starting health is perfect for new players, and his skill are just what you would expect from the incredible Hulk.

Team him up with some of the squishier heroes like Wasp or Singularity and he’ll balance out the damage difference real quick. 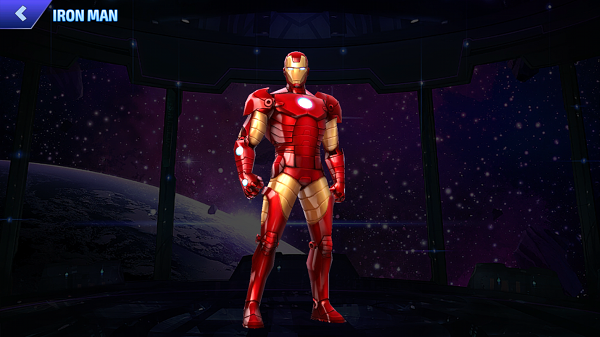 Starting to see a theme here? Yeah well get used to it. Iron man is one of the best Blast heroes in this game.

He starts off with one of the best Energy Attack stats in the game and he’s one of the easier heroes to get at the start so that’s just a plus.

A little low on the health side like most Blast heroes but he makes up for it in damage output. His skills are great if you plan to let him hang back and do some damage.

Just pop him in, Unibeam, and then switch out to a tanky Combat hero. He’s a great use of any team match up. 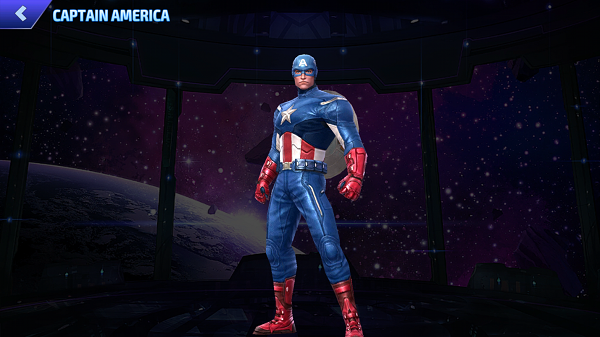 Here he is, the Captain himself. He had to be on this list it was unavoidable.

Captain America is a Combat hero and to be honest he’s pretty generic compared to some of them in the game. But they do say don’t fix what isn’t broken, and Captain sure isn’t broken.

His all around stats are pretty basic and his skills are what you’d expect. Shield throw, shield bash, hit with shield, a lot of shield work.

But Captain is probably the easiest hero in the game to get and to use. He’s so good for starting players and you get comfortable with him really fast. 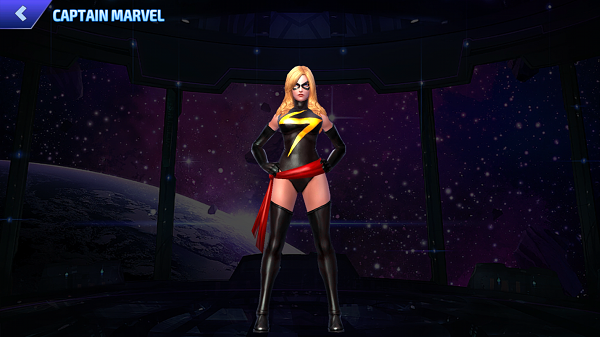 Captain Marvel is in my opinion and many others the best Blast hero in this game. She is great when she’s starting out and is really easy to use.

Once she’s ranked a little bit she becomes a ridiculous power house. Her skills hit harder than most Combat heroes.

Her Energy stats are great too. Get her up to Six stars and I promise you will not be disappointed that you did. She is worth the time and the effort. On the topic of Captain Marvel possibly being the best Blast in the game. Spiderman is up there as best Speed hero.

His base stats are pretty decent and he becomes a real threat once you unlock his Web Fling skill. It’s damage output is great and he’s an awesome team player when matched with Combat heroes. 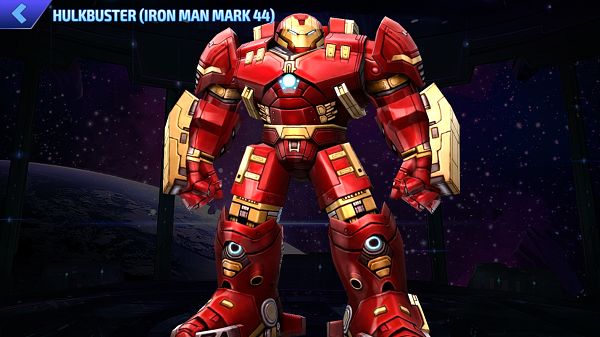 Our number is by far the strongest Combat hero in the game, and I will argue that point.

His starting damage is amazing and his HP is not bad either. But his real power comes when you increase his rank.

Hulk Buster’s skills are made to do massive damage. His starting skills already hit hard but once you unlock his Barrage Strike the damage becomes amazing.

He’ll be wiping out hordes of enemies and taking down bosses with no problems. Throw him in with a Blast, Speed, or Universal, he’s going to be the MVP of whatever team he’s on.

So I hope you liked my Top 10 list. If you get a chance to grab any of these guys don’t hesitate they are worth it. Hopefully these heroes bring more enjoyment for you guys playing at home. Until next time kids, Hail Hydra!