Spawner decks can overwhelm you in Clash Royale, especially when double elixir time rolls around. I have compiled a list of ways and strategies to beat them. But before that, let’s talk about some mechanics so that you get an idea of how to build your deck against it, since most people will not have certain cards.

The key thing about these kinds of decks is to overrun you with an army. Most of the time, you can handle it, but when double elixir time rolls around, they drop even more troops to run you over. That is usually the general strategy spawner deck relies on. These types of decks are common in the lower arena(1-4), since most people have access to the Goblin and Barbarian Hut. If you were to try to build your own army, it is probably going to be a stalemate.

Weaknesses of the Spawner Deck

To counter a spawner deck, you need AoE damage and AoE spells. Both are great against it. Also, the most commonly used buildings are either the Barbarian Hut or Goblin Hut. Tombstone isn’t really that great and you don’t need to respond to Tombstone unless they drop something else with it. Remember, every time someone drops a Barbarian Hut, it will cost them 7 elixir. That means they only have about 3-5 elixir to defend should you choose to push.

Option 1: Attack The Opposite Side!

This is one of the best ways to deal with it. Trying to force an attack against huts are quite futile. It is best to attack the side that is free! If you have a Giant, I suggest you drop that on the opposite lane near your King’s Castle and start a 15 Elixir push with a Musketeer/Archers/Spear Goblins and Valkyrie to back it up when the Giant reaches the bridge.

Goblin huts aren’t too threatening, especially if there is only 1. You should forgo defending that lane with a Goblin Hut. It will take away a bit of health off your tower every time, but its not significant enough to warrant a defensive card against it. However, if they place 2, then you will want to send something to defend it.

Fireball is your best friend early on. This is the only strong spell that reduces the spawn time for the huts. Rocket is super good against both huts, so use it wisely if they clump them up together! You can use lightning, but this is an epic card and only available if you are lucky enough to unlock it. Goblin Barrels are also okay to use, but I wouldn’t suggest using it on them.

Let’s look at the available cards at lower levels that you can get early on in the game that will help you out here.

Cards to Fight Them

Bomber can do well against the Barbarians. Just make sure he isn’t taking any damage! A knight in front of him works very well.

The Valkyrie is great against the Barbarian Hut if you choose to force push that lane. You get her early, so she can be used! Plus, spawner decks like to use Skeleton Army as well. Her AoE attack is valuable.

Arrows are a no brainer here. Use it only when you get swarmed, especially in double elixir time. Try not to use it to take down huts because it deals very little damage.

This shortens the life span of both Barbarian Hut and Goblin Huts by half. Works best if they have huts cluttered together.

Baby Dragon can help you out in taking them out with AoE damage. Not my favorite card as it is a bit too slow for my tastes.

Minions wreck barbarians. Drop them on the Spear Goblins/Barbarians for some good damage on them.

Minion Horde is the ultimate counter to Barbarians and most ground units that can’t attack air. Watch out for the Arrows counter!

Any defensive building just hard counters the huts. If you have access to any tower type building, most spawner decks will not be a problem for you. However, I also know that not everyone has the Tesla or Bomb Tower at lower levels, so its not really something you can use.

Should your opponent choose to use huts on one side, you should attack the opposite side. Let’s take a look at the best combos you can use to start a strong attack to push for the 3 crown win.

This combo is very good. Most people just like to drop them close to the bridge. But a better strategy is to drop the Giant at the King’s Castle. The reason for that is you can start a 13-15 elixir push and they won’t expect it! Once the Giant gets to the bridge, drop your Musketeer and Archers behind it. This way, you can also counter air units should they drop it down.

This is a different variation of the first one. I suggest this one if the enemy has Arrows. This will ensure all your troops survive an Arrows attack.

Now Spencer23$ has a great video on how to counter spawner decks. However, it is for higher level arena. But I know it will help you folks, so check it out! 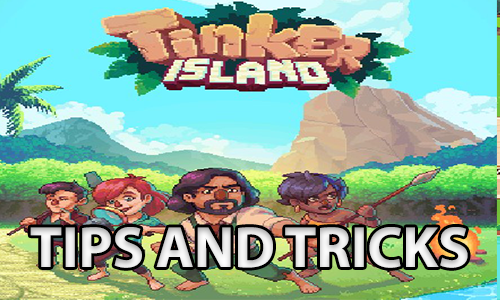