But between new games coming out that you want to play, and the onslaught of freebies coming every month, it can be hard to tell what’s worth actually playing and what isn’t.

That’s okay. We’re going to run down the 10 best Xbox One games ever to come out for free, in no particular order.


An enjoyable romp from Insomniac Games, Sunset Overdrive is an Xbox One exclusive third-person shooter that features free movement, over-the-top comedy, zip lines, and a variety of unique weapon types.

If running along a wall, shooting teddy bear bombs at violent people who have been turned into mutants by a mass-produced energy drink sounds like fun to you, play Sunset Overdrive. 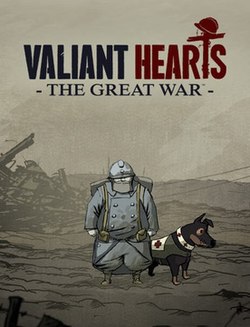 Easily one of the better story-driven games of the bunch, Valiant Hearts: The Great War sets players in the role of various soldiers throughout World War 1 (or The Great War, as it was called at the time).

The story is based on real-life recovered letters from World War 1 soliders, all of them of different nationalities, and all with different, but intersecting, backgrounds.

The gameplay is largely puzzle-based, with players trying to work their way out of a given situation by obtaining and using items. But the real draw of the game is the heartstring-pulling story, which takes a very human look at the effects of war on those forced to wage it. 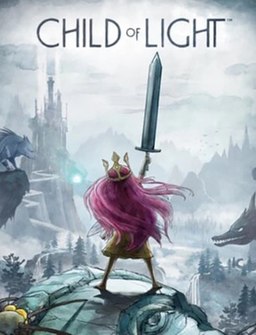 Child of Light is one of the more stunning examples of games to use the UbiArt engine (though Valiant Hearts did as well). The game is undeniably an artistic masterpiece, and the music is equally impressive.

An interesting combination of side-scrolling gameplay with RPG battle elements, Child of Light is a unique concept, and while the battle system never gets terribly deep or complex, the classic fantasy storyline and aesthetics should be enough to keep your interest. 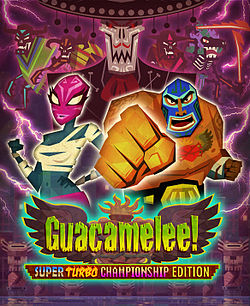 Easily one of the best “Metroidvania” games to come out this decade, Guacamelee! Super Turbo Championship Edition is a masterpiece from DrinkBox Studios featuring unique cel-shaded art, fantastic music, snappy beat-’em-up controls, and a sense of humor that is completely self-aware. It doesn’t even attempt to pretend it isn’t ripping off Metroid.

One of the most pleasing things about Guacamelee is the way learning new moves serves the purpose of both giving you more options for fighting, as well as movement mechanics. For example, the uppercut works great to bounce enemies off the ceiling, but it also serves as a double-jump in mid-air, allowing you access to high areas previously unreachable. It’s just a brilliantly designed game.

Guacamelee also features local co-op, which is especially useful for those moments when you need to clear out a room full of enemies. 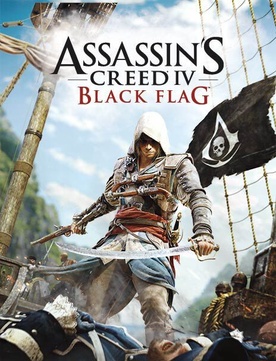 After the disappointment that was Assassin’s Creed 3, Ubisoft was quick to pen another one. And despite the fact that the series has been staving off series fatigue for years now, Assassin’s Creed 4 was actually a lot of fun.

While the run-jump-climb-assassinate gameplay is still largely unchanged from what it ever was, Assassin’s Creed 4 introduces a bunch of stuff that just improved on things Assassin’s Creed 3 tried to do.

Your protagonist is the grandfather of the protagonist in Assassin’s Creed 3, but he’s a pirate and has an actual personality, so it’s a vast improvement. And Assassin’s Creed 4 puts a major emphasis on battles at sea, which seemed like it would be slow and boring, but actually turned out to be the highlight of the whole game.

The Wolf Among Us


It’s not often that a game raises this much awareness and interest in its source material. Playing Spider-Man games doesn’t make me want to go out and buy up Spider-Man comics. Playing a movie game rarely makes me want to see the movie.

But The Wolf Among Us most certainly makes me want to read the Fables comic series it’s based off of. The Wolf Among Us is a TellTale game that’s all about choices and quick-time events. And while the TellTale formula is wearing thin now, this is one of its best uses, with a fantastically fitting art style, and compelling plot.

Like all TellTale games, the engine tends to chug a bit, especially in the later parts when it struggles to process the culmination of your choices to that point. But it’s a minor gripe in an otherwise top-notch experience. 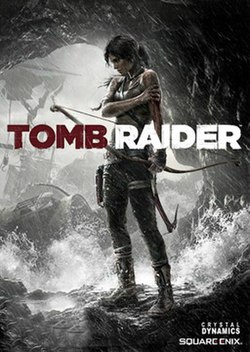 Series reboots are all the rage these days, as developers and publishers try to convince consumers to simply ignore the last several (often sub-par and stale) entries in the series in favor of a fresh take.

Rarely have they worked better than Tomb Raider, which took the concept of a thieving, artifact-destroying, endangered-species-slaughtering Lara Croft, and turned it into the story of a girl learning survival and exploration skills in a harsh wilderness. For perhaps the first time, Lara Croft is a sympathetic character, rather than basically a villain in protagonist’s clothing.

Though some will argue it tried to do a bit too much at once, few will argue that this rebooted version has put Tomb Raider back on the map as a “must-own” series.

Super Time Force is a bit like BroForce, only the characters aren’t licensed action heroes, and you control time itself.

Honestly, the single best word to describe Super Time Force is probably “silly.” You traverse a Contra-like stage with one of a number of heroes. Problem is, you have a limited amount of time to finish the stage… and it’s basically impossible with just one hero.

Instead, you play through the stage up to a certain point, then rewind time and start using another hero. Your actions up to that point will be saved, so it turns into a situation where you run through a chatotic stage helped up by 30 of your shadow clones. It’s as fun and chaotic as it sounds.

It probably doesn’t say much about TellTale as a studio that their first big licensed choice-based game is still considered their best.

But the first season of The Walking Dead is a truly impressive achievement. The focus here is character development and dialogue, and the story – while separate from both the original comics and the TV adaptation – is compelling, and fits with the source material’s themes perfectly.

If you’re looking for a graphic adventure game and you haven’t touched this, play it immediately.

The one may not be everyone’s favorite. It’s a side-scrolling action game that revels in its difficulty with shades of the classic Ghosts and Goblins series.

Think of it like a 2D Dark Souls. Or if you’re an older gamer, think of it like you finally got that sequel to Super Ghouls n’ Ghosts. The gameplay is extremely similar, in terms of progression, attacks, and movement. Everything is geared towards maximum caution and patience. 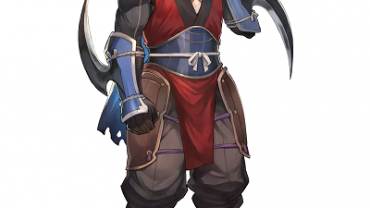