Cerius is a green mage that offers your team a bunch of defense and resistance skills. He is not useful in regular battles since you can kill all trash mobs easily. However, against tough bosses that has strong elemental/physical(mostly fire, ice and lightning) attacks, he is a god send. He will reduce tough hitting attacks by more than half with his protection skills.

Two great debuffs he offers are deprotect and despell, which reduces their defense and spirit by 20% respectively. His limit break is more resistance to elemental attacks, making your team tankier.

Cerius’s trust master reward gives auto-protect, auto-shell and auto-regen, quite an OP item to have for any character. His armor/weapon selection is also decent, so finding items for him will be super easy.

His biggest downside is that he can’t use black or white magic. That means his offensive capabilities is severely limited. His attack is poor and won’t be useful in killing trash mobs.

Update: With the 6 star version, he can now dual cast!!!! That means you can provide your team with two types of buffs each round, making him very efficient against tough bosses. Your allies will also be immune to petrify for 3 turns. With auto-refresh, he will almost never run out of mana. He is now a much more useful support.

Verdict: Train him for his trust master reward. Worth using if you can’t handle tough bosses.

Cerius is neutral to all elements and status ailments.

Cerius can equip 5 weapons and 6 armors.

A mage proficient in supportive magic. Trained as a green mage, Cerius was a mere tool of the war machine of her nation, before she grew suspicious of her environment and fled her homeland. Her long-suppressed emotions came to flourish during her travels, and she eventually found purpose in life. She chose to no longer participate the wars of men, but instead to aid warriors fighting who do battle with fearsome monsters. 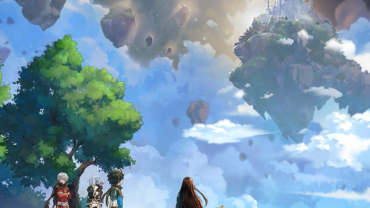