Well the good news is that Lani isn’t Shadow, the bad news is that Lani took up a pull that could’ve been used for a better character. Lani is melee/caster hybrid with counter. That makes her utterly useless. Lani’s singular saving grace over Shadow is that her Trust Master isn’t as useless.

Lani’s singular saving grace is that you pulled a unit that is marginally better than Shadow because of Equip Axe (Statistics – Type: Special Ability (Passive), Effect: Allow use of axes). Axes along with great swords and spears are a part of the higher +ATK items category so while this isn’t enough to make pulling Lani good a thing, units like Black Cat Lid that have access to limited gear, Equip Axe is the best budget weapon equip.

Lani is permanent bench warmer, it’s a unit that will never be used or be useful. Unlike other low end units like Bedile, Fran, Clyne, Luna, Penelo and Magitek Armor Terra that can be okay if you just started playing, Lani will never be useful except as an auto-attacker and even then you’ll feel bad giving her experience points, knowing that those could’ve been used better elsewhere.

On the plus side, it’s not Shadow and Lani’s Trust Master at least has a potential future home on a unit, in every other way however it’s a unit that will only max out her Trust Mastery Reward only after you pull 21 of them and when you do get Equip Axe, you’ll still be crying on the inside since that was 21 pulls where you got a Lani instead of a Lightning.

Lani is neutral to all elements and status ailments.

Lani can equip 3 weapons and 7 armors.

A female bounty hunter who appears in tales of Gaia, a world foreign to this one. Young and with beautiful brown skin, this self-proclaimed beautiful bounty hunter was somewhat full of herself. Her dream was to live a life of luxury, and to that end there was no job she would not undertake.

Teaming up with the fearsomely powerful Amarant as another of Queen Brahne of Alexandria’s hired assassins, she confronted her target Zidane. Despite her slender stature, she swung an axe as big as she was. 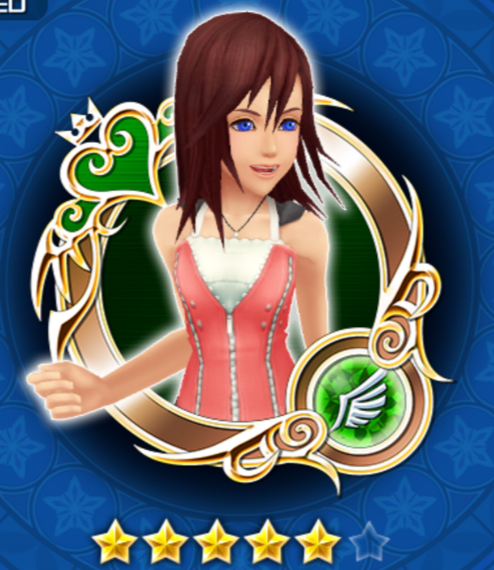