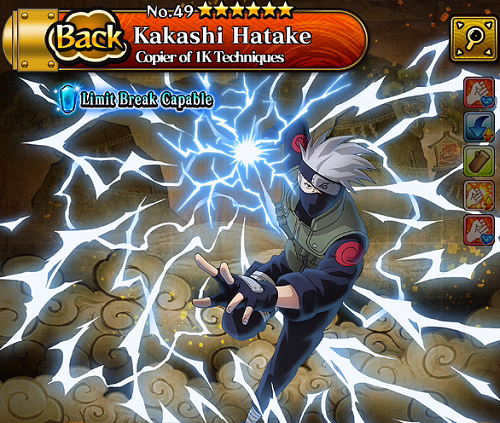 Hatake Kakashi “Copier of 1k Techniques” is one of the best characters you can pull. The best thing about him is that he has a long rectangle AoE ninjutsu (2.2x multiplier with 40% attack down chance) and a 7.2x multiplier lightning blade special attack at 6★. 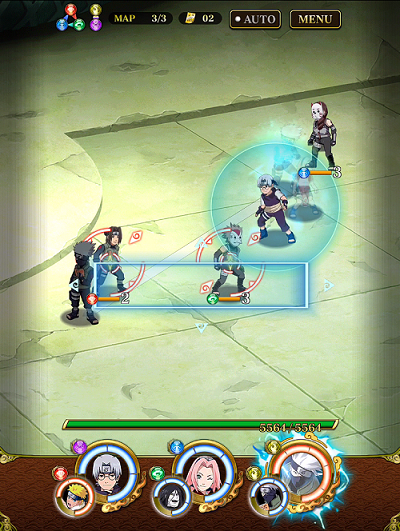 With his mid range, he can support well and deal decent damage. As a bravery unit, he only takes bonus damage from wisdom units and he can be used in most ramen cup missions without any trouble.

His field skill reduces enemy counter attacks, so it is best against bosses that can counter, such as Rock Lee or Sasuke. His buddy skill works best when you are taking on other bravery enemies.

He can also learn substitution jutsu if you somehow pull enough additional copies to learn it. After limit break at level 150, his stats are 2085 health and 1776 attack. He has slightly better stats than Naruto “No 1 Maverick”.

Verdict: A great all round character to fit into any team. Use him!

Lightning Blade – 7.2x ATK in Bravery damage to one enemy. 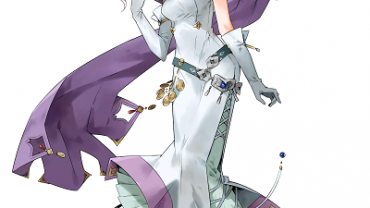