Hello friends! Welcome to the Legacy of Discord Furious Wings Guide. This guide is going to explain some of the aspects of the game and a give a few tips on how to further yourself in the game. So if you’ve just picked up Legacy of Discord this guide will hopefully help you out. 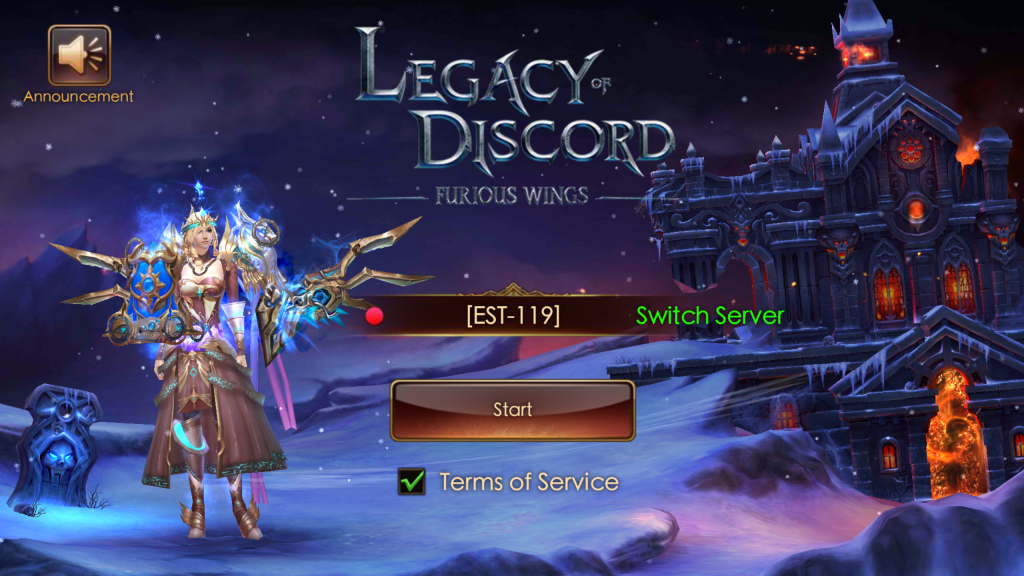 Legacy of Discord Furious Wings is an action RPG that takes place in a world of magic and demons. You take control of one of three characters. A Berserk, Blade Dancer, or Sorcerer.

Once you pick your character you will be taken through a tutorial that’ll walk you through the basics of the game. Once you finish the tutorial you’ll be in free range to play however you want to. 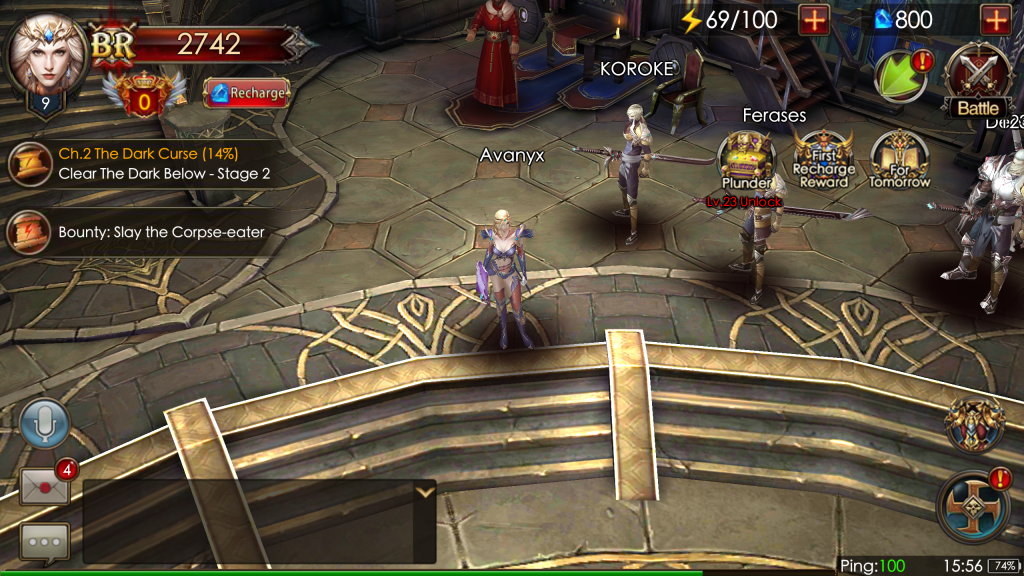 In the Overworld you have several different things you can do before heading off to go fight monsters. Around the Overworld are different vendors used to make and enhance equipment, get items, and collect your daily login rewards.

On the hub of the Overworld is where most of your immediate options will be. You have to be in the Overworld to access your character tabs so it’s always best to sort out what you need before going into a quest. 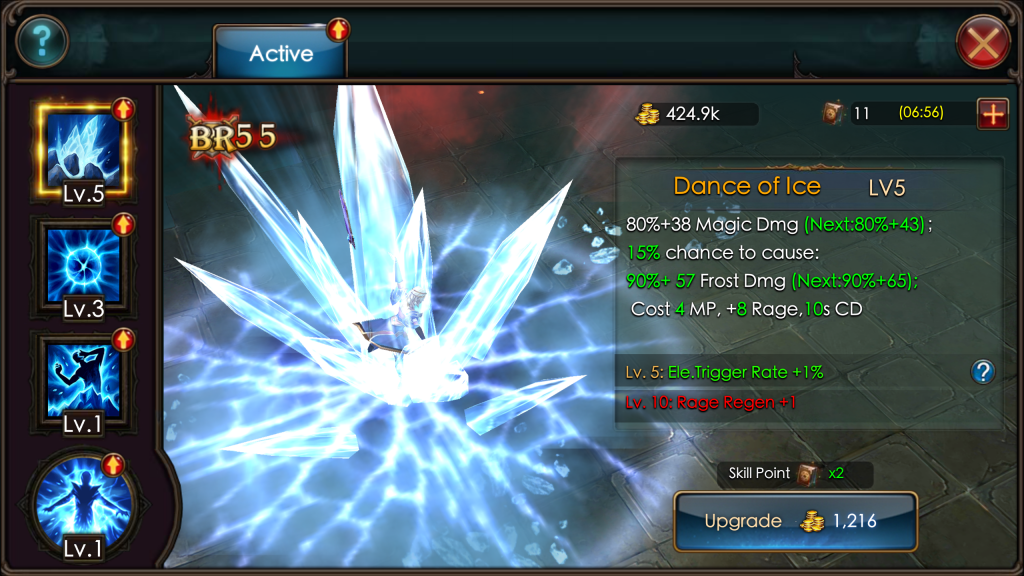 In Legacy of Discord you’re given the choice of one character in the beginning and you are set with that character for a while. So  you want to make sure their abilities are upgraded to their fullest and their armor and weapons are fit to fight.

The upgrading and enhancing mechanics in the game are actually rather simple and don’t take to much to get the handle on. The main function of them is your gold currency. 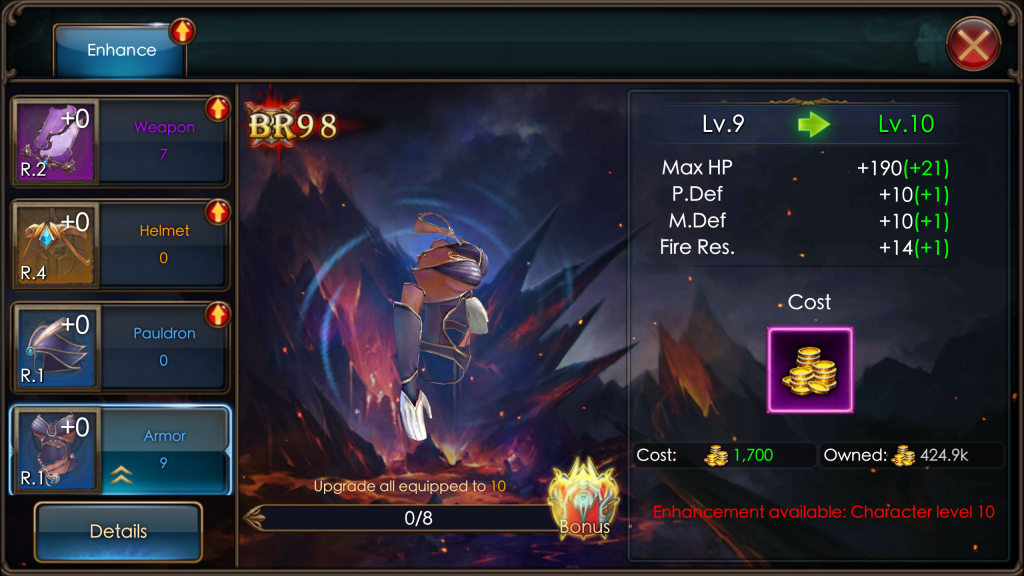 To upgrade or enhance all you need is gold and a lot of it. Each time you upgrade a skill it costs roughly around 1500 gold and then the price increases the more you level it up.

Same rules apply for enhancing armor. Each piece of armor costs a set amount of gold to enhance but the actual price depends on what the armor is and how high it’s current level is.

So remember, upgrade and enhance as much as you can before setting out on any quests. You’d be surprise how one level in armor could be the difference between failure and success. 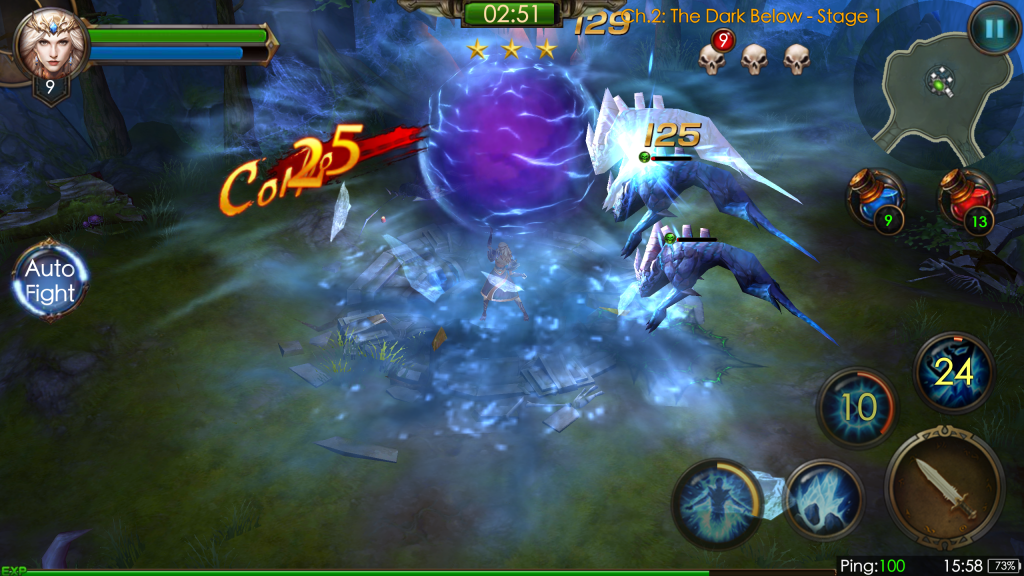 In Legacy of Discord you go through a set of different quests ranging around 1-10 per area. Each quest is a battle though some may have different rules than others.

One quest may have you simply make your way through a level killing all enemies then defeat the boss. But you could also end up being in a sort of wave survival match where you have to make it through three waves of enemies and a boss before you can complete it.

Depending on the class you picked the battle aspect can be extremely easy or painfully difficult. All judging by your play style.

The Berserk can get away with rushing through crowds and plowing his way to the end boss with nothing but his basic attack if you so choose it. The Blade Dance is more balanced, being able to utilize both straight attack and his skills making clean work of the enemies.

As for the Sorcerer you’re pretty much reliant on her skills. Her basic attacks are not where she shines so her skills are going to be your main focus. 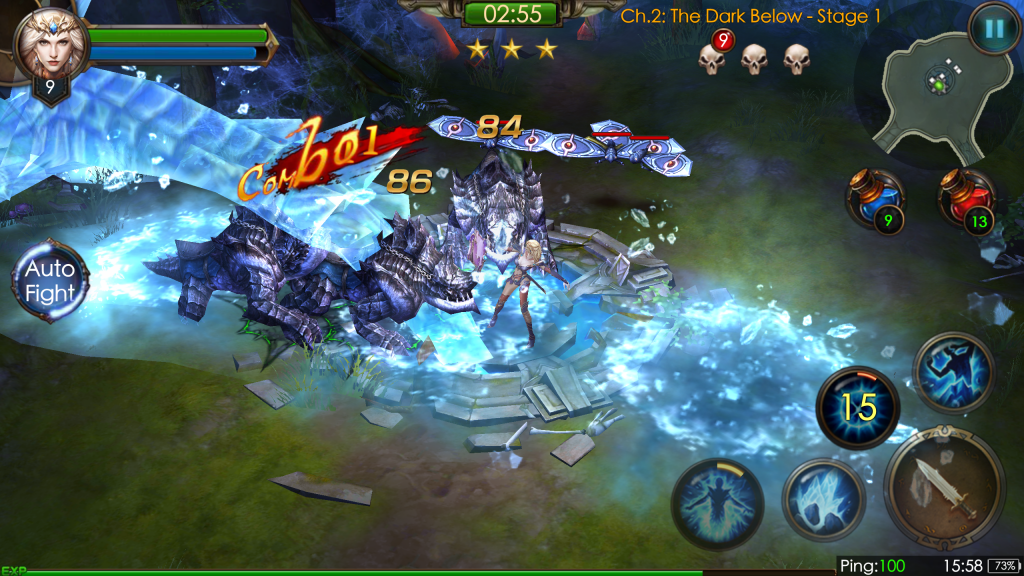 One of the big differences between the characters in battle is how they’re used. All three characters have skills but not all of them are really required to his them.

The Sorcerer being so dependent on hers is slightly handicapped in the fact that you’ll be using an immense amount of her mana all the time. So you’ll always have to be sure you stock up on potions.

But you can also use all three characters critically and put thought into your moves. Watching where to attack and only using your skills when their most effective like when your enemies have grouped up or backed themselves into a corner.

The quests are the biggest part of Legacy of Discord and knowing how to use your character is very important. So having your skills upgraded, armor enhanced, and play style though out you won’t have to much trouble fighting your way through hordes of monsters and demons. 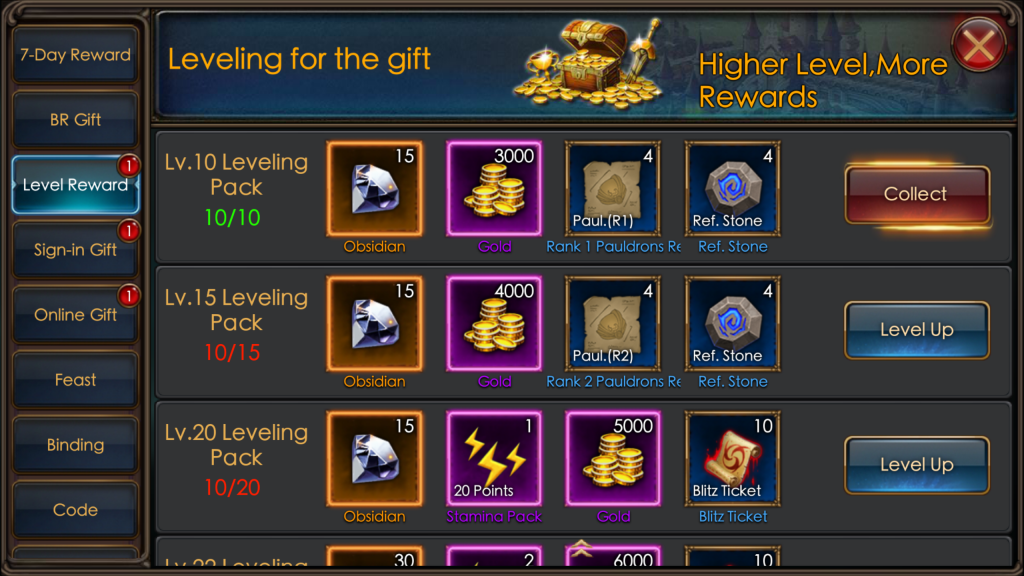 The easiest ones are obviously the login bonuses. Simply just login every day and collect your items, doesn’t get easier than that.

The next place we’ll go is the Mystic Chest. Here you have the option to buy chests with your diamonds but two of them can be opened for free.

The two quests are given a time limit and once the time is gone you can open the chest for free. Then the time resets and the process repeats.

One of the main ways you’ll get free items is playing through the story. Some of the quest areas aren’t full levels and just give you free things like diamonds or an item. 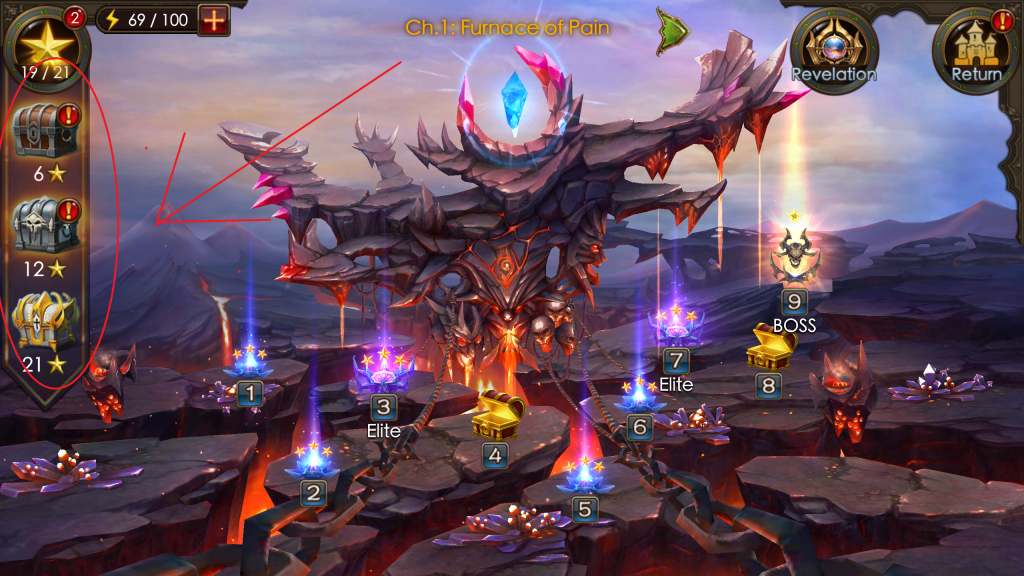 But by playing through story and getting 3 stars on all levels you can open 3 different chests on the screen. 3 stars to open the first, 6 for the second, and 12 for the third. The more stars the better the reward.

Legacy of Discord is a fairly new game and some of its mechanics haven’t even been released yet. So when you play you’re main thing is going to be focusing on your character and fleshing them out to be the strongest.

I hope this guide was helpful to some of you. Until next time.