Biggs Darklighter is a support with critical hits. Let’s take a look at what he has to offer.

Basic Ability: Cadet’s Aim – Deal Physical damage to target enemy with a 50% chance to gain Critical Chance Up for 2 turns.

Special Ability: Comrade-in-Arms – Deal Physical damage to target enemy and call an Assist with an additional 75% Chance of a Critical Hit. (3 Turn CD)

Briggs is quite underrated in my opinion. He crits very often and has a decent health pool. His assist deals bonus damage and the odds of a critical is very high.

He also gets an additional turn every time he receives a critical hit. You do have to be at max level for it to move again though. He gets better and better as he gets skilled up.

He is also easy to farm, so you won’t have a problem maxing him. A good team to go with would be the Genosian Solder, IG-86 and Darth Sidious or Boba Fett as the leader.

While he packs a punch, he is quite slow though. 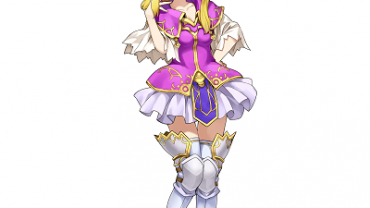