Hello everyone, welcome to the Merge Dragons tips and tricks guide. This guide is to help you further yourself in the game by understanding the basic mechanics and learning a few helpful tips. 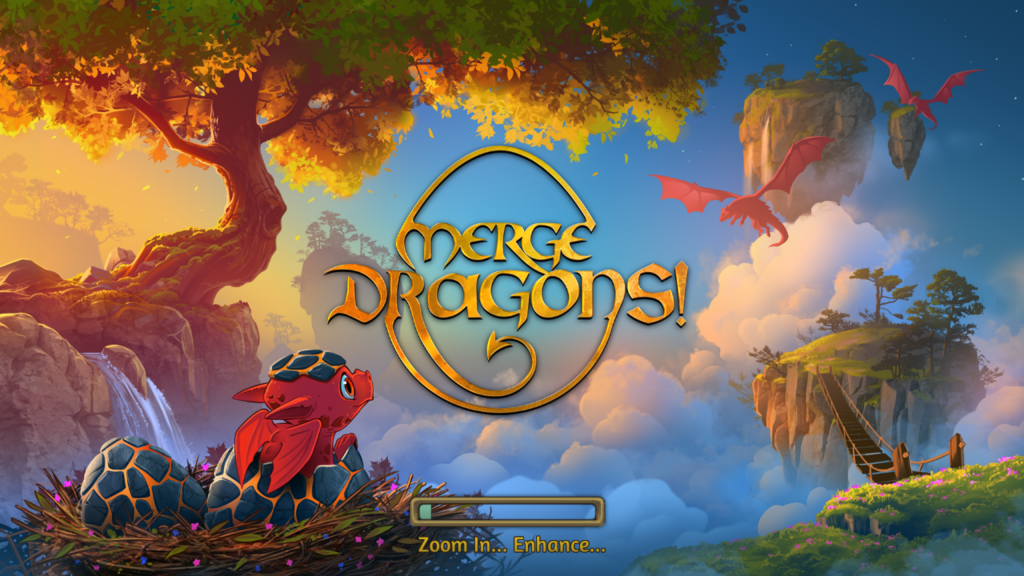 Merge Dragons is a puzzle game with sliding and connection mechanics. The point of the game is to clear each stage by connecting items on the board and clearing the map of objects.

Each map is different and has its own requirements you have to meet in order to pass. Some maps are straightforward and simple while others have actual challenges you have to beat along with the stage itself.

In the tutorial, most of the mechanics are explained very well and is definitely worth sitting through. After the tutorial, which is pretty short, you get sent to the first few stages of the game.

In each stage, there are hint books that introduce new mechanics in the game making each stage more interesting than the last. Make sure to go through all the hint books just to get an idea of every option you have available to you. 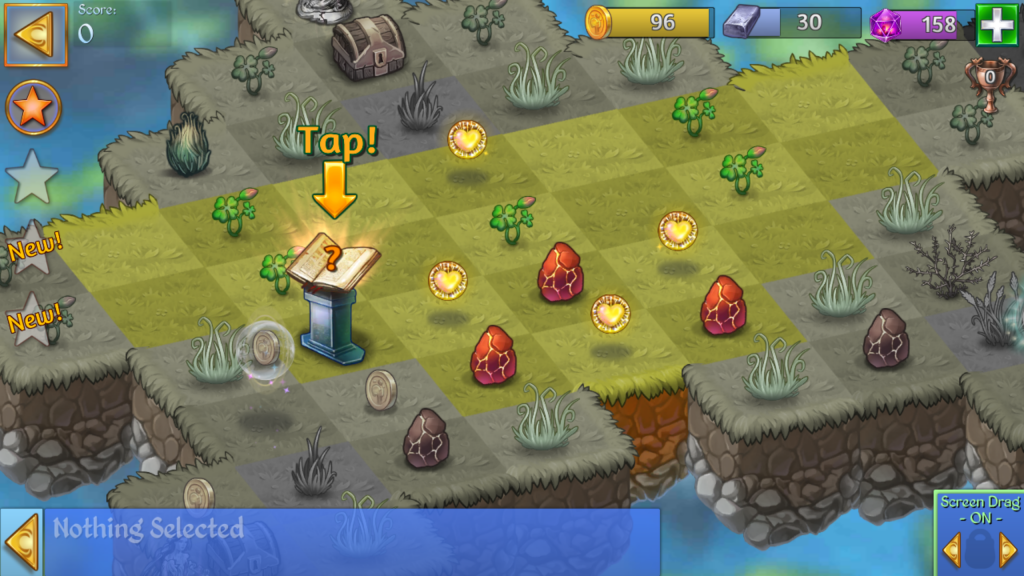 Now, the main point of the game is to merge the three Gaia Statues together. Do that and you complete the level that you’re on. 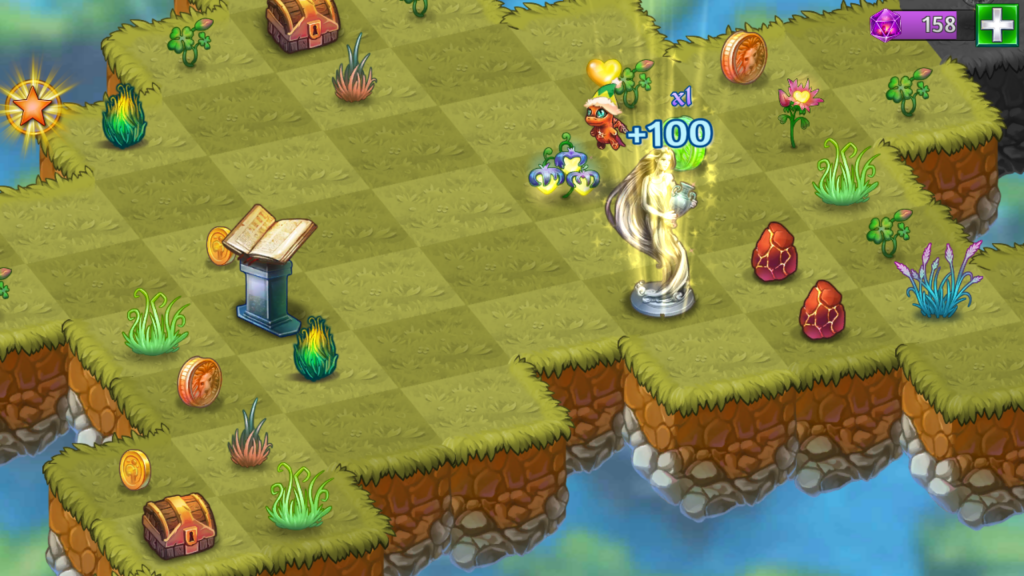 But each level will be covered in dead land and things that are on dead land can’t be moved across the map. So your job is to use your dragons and any items on the map to clear the dead land and merge the Gaia Statues.

It’s a pretty simple sliding puzzle with a few unique tricks thrown into the mix. The focus is merging items into better ones from plants to dragon eggs to hatch dragons.

That’s a big part of this game is hatching dragon eggs on the map. Dragons act as a passive life collector which is important because the life energy can be used to heal the dead land.

As the levels go on the maps will start getting bigger and having more dead spaces you have to clear. You can use coins to buy upgrades within a match to use in order to make it easier for you.

You can also use gems to buy upgrades as well but it’s an optional route as gems can be purchased with real money. So if you wanna keep your gems for other uses its best to stick to using gold as you will collect some through playing the stages.

A good use for your gems is to put them towards opening chests. You can open gems for free by setting them to unlock then over a specific amount of time they will open. 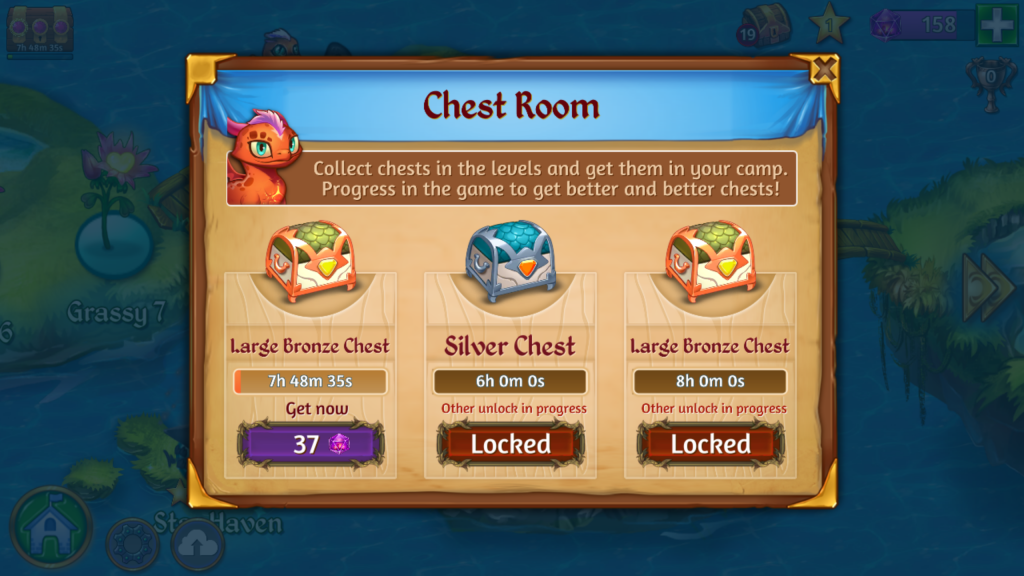 But you can also use gems to immediately open chests. And chests are helpful because they give new upgrades and items for you to use during levels.

As you get further into the levels of the game there is a bit of a difficulty spike where the stages start becoming a lot harder. By this point, you should have an idea of how the game mechanics work and be able to adapt to the difficulty with ease.

But to make it a bit easier here are a few tips on how to utilize everything you have in the game to really further yourself. 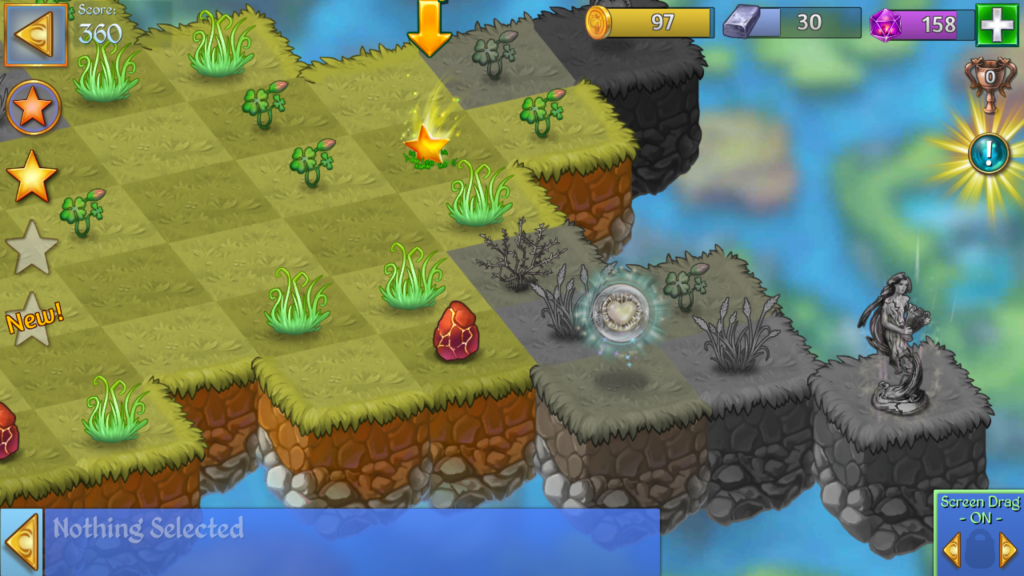 Merge Dragons is, at its core, a puzzle game. So the whole purpose is to solve the puzzle by connecting at minimum 3 of the same item to make a better one.

This right here is the first thing you should always watch for when the level starts. Scan the map and see just how many of the same items are on the map.

If there are more than 3 then that’s great because that’s what you’re looking for. By grouping them up in the right way you can combine well over 3 items at a time and this will create several upgraded versions at once instead of just giving you 1 for 3.

Doing group merges is highly more effective than single merges and should be utilized whenever possible. But sometimes there aren’t enough items on the field to do even a single merger so you have to work with what you have.

Being able to do this makes clearing the dead land easier but also gives you the ability to merge with dead items making them useful. This is an almost necessary mechanic that you’ll have to do on some levels that don’t give you enough items to start with.

Merge Dragons isn’t the most difficult puzzle game but it definitely gets harder the further you get. Stick to understanding the mechanics and utilizing your items in the best ways you can and you’ll easily make it far.