Celes is a great support character, especially for mages. She has the best magic/spirit boosting skill in the game, which is Focus. It gives +40% magic and spirit bonus to all allies. Pair her with deadly mages like ExDeath, Kefka, Vivi, Krile to deal some serious AoE magical damage. To complement the magic boost, she also has magic break that can be applied to a single target, which is perfect for bosses. You can also further boost a character’s magic, defense and spirit stats individually with Faith, Protect and Shell. Also keep in mind she can negate magic damage for 1 turn.

Aside from having the best magical boost, Celes also has a top trust master reward in the Minerva Bustier. Although it can only be equipped on females, it is a great armor to have, especially on Fina if you opt for a physical damage team. Celes can cure poison and has cure, which is okay skills to have at low levels. For offense, she does have ice damage with Blizzaga.

With her being a magical support, her attack and magic stats are good. Her limit burst is single target physical damage and gives her some versatility.

Verdict: Max if you run a strong magic heavy team.

Celes is neutral to all elements and status effects.

Celes does strong single target damage to one enemy.

Cele’s equipment options are decent and you won’t have much trouble with it!

A general from another world who had a role to play in the war against the espers. She was implanted with artificial magic by the Gestahlian Empire, and raised to be an unstoppable weapon – her skill with a blade equal to her skill with magic. Unable to tolerate the cruel methods of her emperor, she rebels and begins instead to work alongside the Returners, a rebel group opposing the empire. Her hard military nature means she has difficulty letting others see her emotions, but her new allies gradually help her to accept and embrace her own feelings. 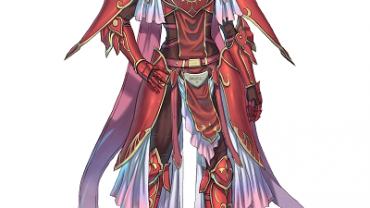